Tokyo (dpa) – The 100 metres had no clear favourite at the Tokyo Olympics after the retirement of superstar Usain Bolt. 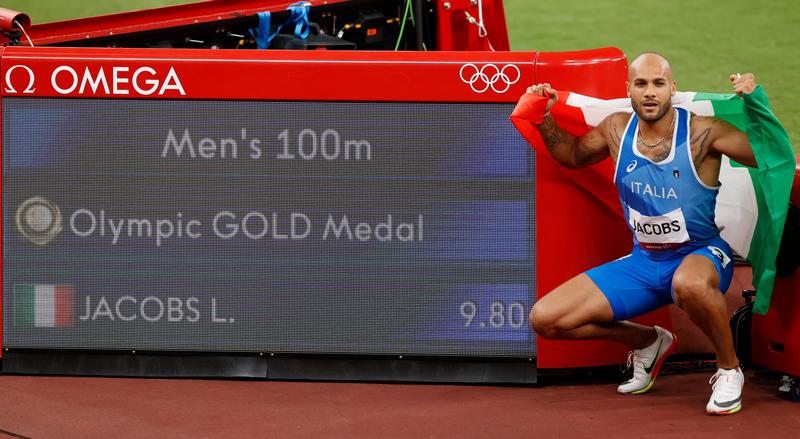 Italy’s Lamont Marcell Jacobs celebrates next to the score board after winning the Men’s 100m Final race of the athletics competition at the Olympic Stadium during the Tokyo 2020 Olympic Games.

American world champion Christian Coleman is suspended over a doping rules offence, Canada’s multiple minor medallist Andre de Grasse had a rather quiet season after several injuries and Jamaican Yohan Blake also no longer has the form that gave him a world title.

The shake-up continued in Tokyo with most notably season leader Trayvon Bromell of the United States barely surviving the heats and then going out in the semis.

Instead, rather unheralded United States-born Italian Lamont Marcell Jacobs made the most of the void left post-Bolt as he rose to the unique occasion.

He won by four hundredths from American 400m specialist Fred Kerley with de Grasse getting bronze as in 2016 in a personal best 9.89.

The outcome may have been different had British European champion Zharnel Hughes not false-started in the final because Jacobs had a slow reaction time first up.

He did better on the second start to get the first ever gold and medal for Italy in one of the top events at any Games, and he is the first European 100m winner since Briton Linford Christie in 1992.

“I really didn’t know anything about him,” Kerley admitted, adding that Jacobs “did a fantastic job.” 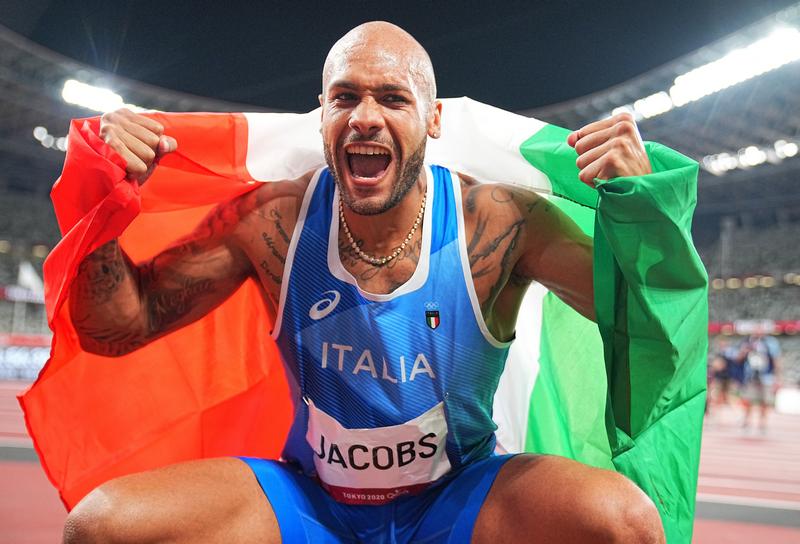 De Grasse said: “9.80 from the Italian guy, I didn’t expect that. I thought my main competition would have been the Americans, but definitely he came to play. He executed. He did his thing so congrats to him.”

Born in El Paso, Jacobs has an American father and Italian mother and decided to compete for Italy, where he now also lives, several years ago.

He is a former Italian long jump champion and led the 60m indoor list in the past season.

He dipped under 10 seconds in the 100m for the first time in May before his biggest moment came on the biggest stage. After his triumph like a true Italian he praised his mother, calling her “my number one fan.”

“I don’t know, it’s a dream, a dream, it is fantastic. Maybe tomorrow I can imagine what they are saying, but today it is incredible,” Jacobs said. 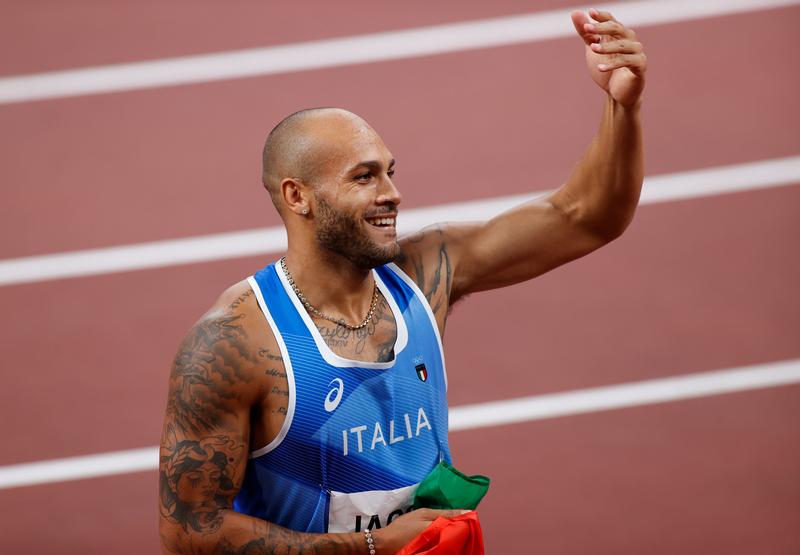 “It was my childhood dream to win an Olympics Games and obviously a dream can turn into something different, but to run this final and win it is a dream come true.”

Bolt, for his part, showed no instant reaction after Jacobs’ win in the first men’s final without a Jamaican since 2000, the day after quickly congratulating the nation’s women on their 100m podium sweep.

“Happy Emancipation Day Jamaica,” the icon tweeted around the time of the final in far-away Japan.