Exclusive-U.S. has reached out to China about cutting oil imports from Iran, officials say

Views: 1
The United States has reached out to China diplomatically about reducing its purchases of Iranian crude oil, U.S. and European officials said on Tuesday, as Washington seeks to persuade Tehran to resume talks about reviving the 2015 nuclear deal.

Purchases of Iranian oil by Chinese companies are believed to have helped keep Iran’s economy afloat despite U.S. sanctions that are designed to choke off such sales to put pressure on Iran to curb its nuclear program.

“We are aware of the purchases that Chinese companies are making of Iranian oil,” said a senior U.S. official who spoke on condition of anonymity because of the sensitivity of the matter.

“We have used our sanctions authorities to respond to Iranian sanctions evasion, including those doing business with China, and will continue to do so if necessary,” he added.

“However, we have been approaching this diplomatically with the Chinese as part of our dialogue on Iran policy and think that, in general, this is a more effective path forward to address our concerns,” the official said.

Separately, a European official said this was one of the issues raised by U.S. Deputy Secretary of State Wendy Sherman when she visited China in late July.

The European official, who also spoke on condition of anonymity because of the sensitivity of the nuclear diplomacy, said China has been protecting Iran and suggested one of the main issues for the West is how much oil China is buying from Iran.

The U.S. State Department did not immediately respond to a request for comment on the statements by the U.S. and European officials.

Indirect U.S.-Iranian talks about reviving the 2015 deal that began in April adjourned in June two days after hardliner Ebrahim Raisi was elected president of Iran, replacing Hassan Rouhani whose administration had negotiated the agreement.

Under the deal, Iran agreed to place limits on its uranium enrichment program, which is one possible pathway to develop the fissile material for a nuclear weapon, in exchange for the easing of U.S., U.N. and European Union economic sanctions. Iran has denied seeking a nuclear bomb.

In 2018, then-U.S. President Donald Trump abandoned the agreement and reimposed harsh economic sanctions that have crippled Iran’s economy, though Tehran has continued to make illicit oil sales to customers, including Chinese companies.

After waiting for about a year, Iran responded to Trump’s abrogation of the deal by starting to carry out some of the nuclear activities that it had agreed to curb under the pact, formally called the Joint Comprehensive Plan of Action (JCPOA).

Trump’s successor President Joe Biden has said he was putting “diplomacy first” with Iran but if negotiations fail he would be prepared to turn to other unspecified options.

A French presidency official told reporters on Tuesday that Iran must return to the Vienna talks on the United States and Iran resuming compliance with the deal in order to avoid a diplomatic escalation that could jeopardize the negotiations.

“We need, in this phase, to stay in close contact and closely united with all of the members of the JCPOA, including the Russians and the Chinese,” the French official said.

“In particular, we expect the Chinese to express themselves and act in a more determined way. We need to exert pressure, which is indispensable, on Iran,” the French official added.

Iran’s foreign minister said as recently as Friday that it will return to talks on resuming compliance with the nuclear deal “very soon,” but he gave no specific date.

It is unclear how receptive China may be to any U.S. diplomatic overture on Iran.

U.S.-Sino relations have sunk to their worst state in decades this year, with scant progress on issues ranging from human rights to transparency over the origins of COVID-19.

In a Sept. 24 briefing, a Chinese foreign ministry spokesperson put the onus on the United States rather than on Iran.

“As the one that started the new round of tensions in the Iranian nuclear situation, the US should redress its wrong policy of maximum pressure on Iran, lift all illegal sanctions on Iran and measures of long-arm jurisdiction on third parties, and work to resume negotiations and achieve outcomes at an early date,” the spokesperson said according to a ministry transcript. 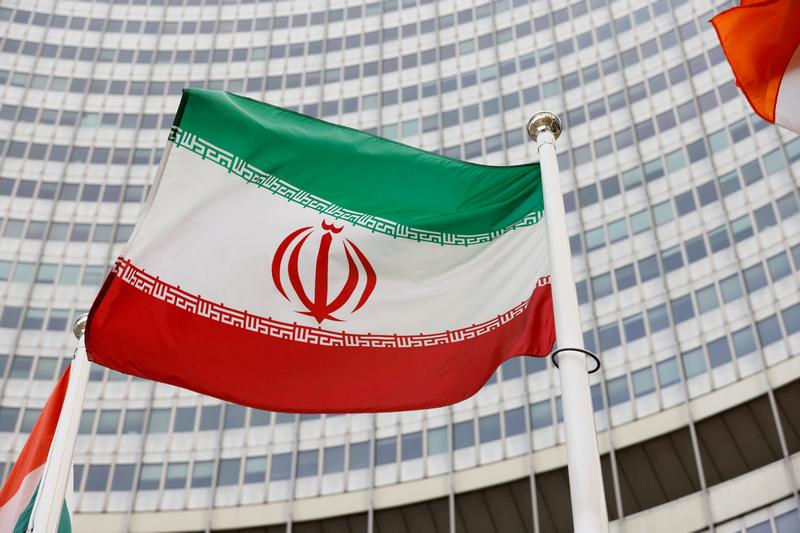 The Iranian flag waves in front of the International Atomic Energy Agency (IAEA) headquarters in Vienna, Austria May 23, 2021. REUTERS/Leonhard Foeger 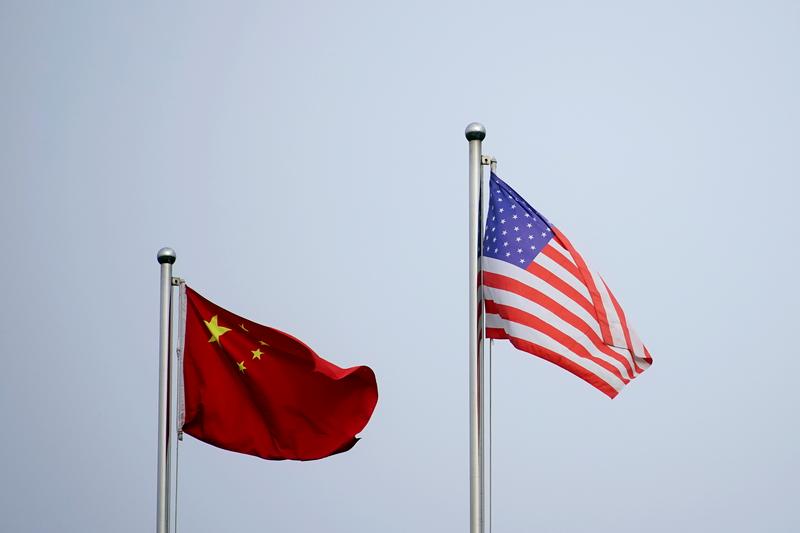