LONDON, Jan 31 (Reuters) – British Prime Minister Boris Johnson faced renewed calls to resign on Monday after a report found that alcohol-fuelled events at his offices and residence when COVID-19 lockdown rules were in force should never have taken place.

The report by senior civil servant Sue Gray into the lockdown gatherings, which occurred when Britons were all but banned from social mixing under coronavirus restrictions, pointed to “serious failures of leadership” at the heart of the British government.

She condemned some of the behaviour in government as being “difficult to justify”, saying “the excessive consumption of alcohol is not appropriate in a professional workplace at any time”.

However, Gray said she could only detail four of 16 events in question because of concerns about prejudicing a separate police investigation, which involves detectives looking into parties including one in Johnson’s apartment above his office.

Johnson’s office said Gray would be asked to update her report once the police investigation concluded and it would be published.

The saga has become the gravest threat to Johnson’s premiership, already under scrutiny for a series of scandals and his handling of the COVID-19 response. Opposition politicians and some members of his own Conservative Party have called on him to resign.

Johnson made a statement and answered questions for almost two hours in parliament on Monday afternoon following the report’s publication. He apologised again and pledged to make changes at his office.

“I want to say sorry. I get it and I will fix it,” he said in a raucous debate, when he was challenged by some Conservative lawmakers.

One, Aaron Bell, fought back tears as he recounted the funeral held for his grandmother during the COVID lockdown.

“She was a wonderful woman … I drove for three hours … only 10 people at the funeral. Many people who loved her had to watch online. I didn’t hug my siblings. I didn’t hug my parents,” he said. “Does the prime minister think I am a fool?”

Johnson later apologised personally to Conservative lawmakers at a meeting in parliament. He promised to make changes not only to his team but to the way he engages with his party, seeking to win over some who had threatened to try to oust him.

His words were met with a handful of cheers, and some supporters said the threat of a confidence vote had waned.

Keir Starmer, leader of the main opposition Labour Party, accused Johnson of blaming everyone else but himself.

“There can be no doubt that the prime minister himself is now subject to criminal investigation,” Starmer told parliament.

The leader of the Scottish National Party, Ian Blackford, was forced to leave the House of Commons after accusing Johnson of misleading parliament, an offence for which the prime minister would be expected to resign.

A snap opinion poll of just over 1,000 British adults by Opinium found that 62% now wanted Johnson to resign with 83% thinking he had broken the lockdown rules.

Gray’s report looked into what has become weeks of a steady drip of stories about events in Downing Street during the lockdown, with reports of aides stuffing a suitcase full of alcohol and dancing until the early hours.

The police investigation could take months. The officer in charge said detectives were looking at 500 pieces of paper and more than 300 photographs.

“Against the backdrop of the pandemic, when the Government was asking citizens to accept far-reaching restrictions on their lives, some of the behaviour surrounding these gatherings is difficult to justify,” it said.

Johnson’s spokesman said, “Steps will be taken to ensure every government department has a clear robust policy in place covering the consumption of alcohol in the workplace”.

The alleged parties are the latest in a series of scandals to tarnish Johnson, who has come under fire over the funding of a pricey flat refurbishment, allegedly prioritising the evacuation of animals from Afghanistan and the awarding of COVID-19 contracts.

But the limited report may hand Johnson and his supporters more time to try to persuade colleagues not to trigger a confidence vote in him.

It might not be easy. One Conservative lawmaker said he no longer supported him and several others were openly hostile.

“The backbenchers of the Conservative Party need no reminders about how to dispose of a failing leader,” said Conservative lawmaker Bernard Jenkin. 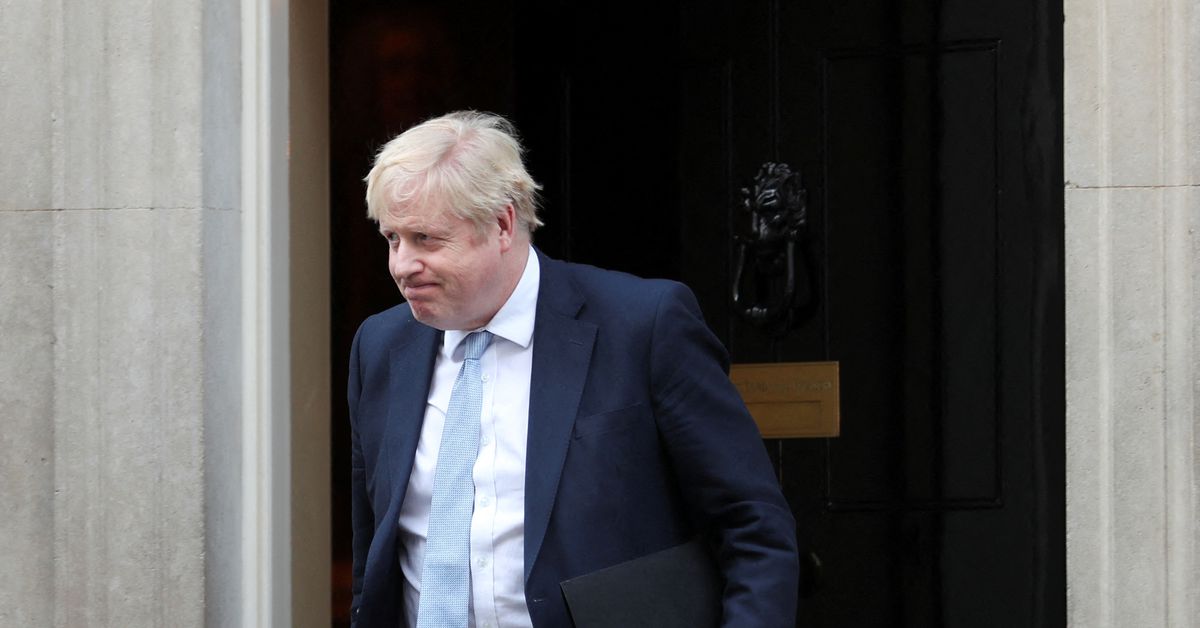