“This was part of our caring strategy, by which we ensured that there should be at least one wage earner in each household, even while the private sector was forced to lay off employees. It was not an easy undertaking,” Prime Minister Browne said.

He noted that wages, salaries, and pensions absorb almost 60 per cent of government revenues. He said that despite this, his government put the people first by paying public servants and deferring some expenditure on capital projects in 2021.

Prime Minister Browne however noted that even as his government ensured public servants had their full salaries and wages to care for themselves and their families, the administration still managed to increase spending to contain the Coronavirus and provided additional funds to the Sir Lester Bird Medical Centre.

“The residents of Antigua and Barbuda – all of them – come first, second, last and always in our government’s policies and programmes. Our people must be commended for their sustained resilience and exceptional performance in 2021. It represented the single largest rebound of the economy in a twelve-month period,” stated the country’s leader.

Prime Minister Browne said that despite this, the policies and initiatives of his government delivered growth of 5.3 per cent in 2021.

“By any objective standard, Mr. Speaker, turning around the economy by more than 25 percentage points from a contraction of 20.2 per cent in 2020 to growth of 5.3 per cent in 2021 is a phenomenal feat,” he said.

PM Browne said that the government, in cooperation with the private sector, oversaw an increase in economic output of $270 million to bring the GDP to approximately $4 billion in 2021, – $500 million short of the 2019 figure of $4.5 billion.

The country’s leader told the House of Representatives that this extraordinary feat was accomplished by astute management of scarce resources, throughout a period of gravely reduced income and exceptionally high expenditure to safeguard the health of the people. 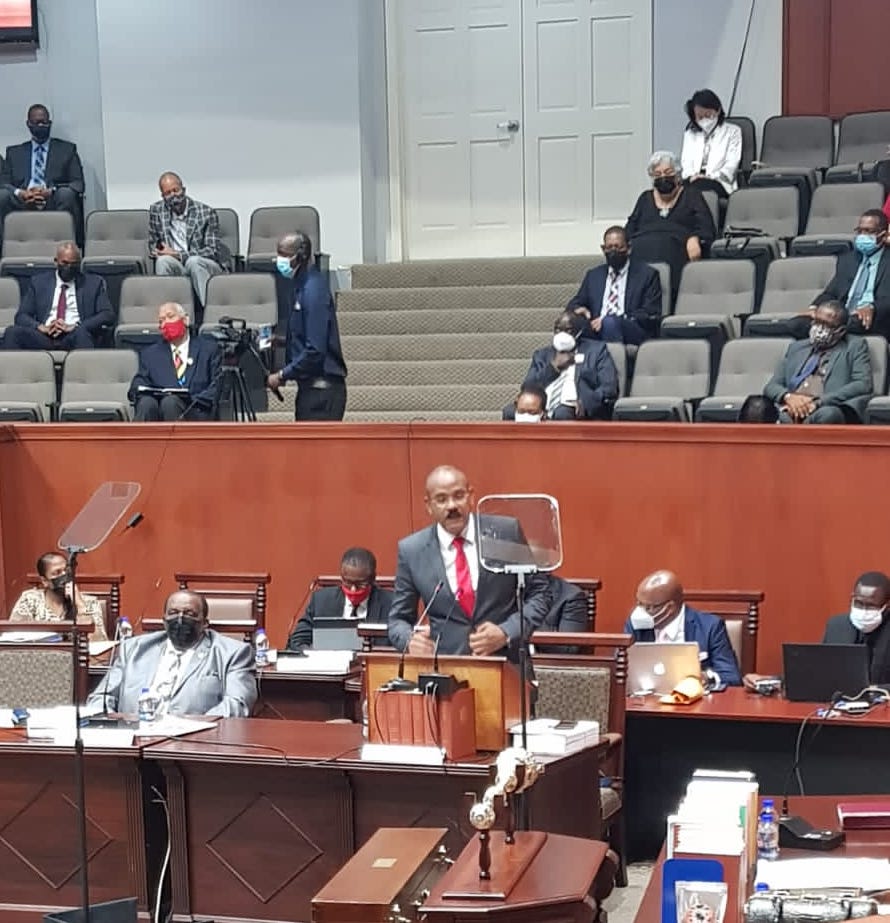