“This Government is a caring government. We recognize that, after almost two years of economic difficulty caused by the pandemic, persons and companies need an ease to recover, to rebuild and to reinvigorate.

We also know that, once they have sufficiently rebuilt their lives, livelihood and business, they will both restore their savings and spend on the things they have gone without in the last 24 months,” Prime Minister Browne said.

He said that this will help to rejuvenate the economy, and accelerate the achievement of 8 per cent growth or more.

Noting that the Budget projections are based on a bold and deliberate strategy for economic growth, job creation, and transformation of the country,

the projects and initiatives will be implemented this year, to accelerate the pace of economic recovery and to give benefits to all citizens and residents.

The Budget provides for an overall resource requirement of $1.64 billion

which represents an increase of 9 per cent, or approximately $130 million, over the estimated total spend of $1.51 billion in 2021.

Prime Minister Browne said that It indicates the Government’s targeted expansionary fiscal policy that is intended to stimulate the economy and propel a resurgence in domestic output.

The budgetary and fiscal position points to an overall deficit of 2.6 per cent of GDP or $110 million with a marginal primary surplus for 2022.

Prime Minister Browne said that the primary balance is the overall fiscal balance less interest payments on public sector debt and is an indication of the Government’s ability to meets its obligations in a fiscal year without incurring additional debt.

The components of recurrent revenue are:

The amount budgeted for capital receipts is $7 million, while grant funding for Fiscal Year 2022 is budgeted at $50.2 million.

On the expenditure side, estimated recurrent expenditure, excluding principal payments, is $961.1 million.

A current account surplus of $14.5 million is therefore projected for 2022.

The components of recurrent expenditure are:

The Prime Minister said that it more than doubles the almost $80 million spent on capital projects in 2021.

“No economy that has experienced the constraints that ours has, consequent to the impact of the pandemic, can withstand further constraint if it is to grow and expand. We are opening up the country, opening up the economy, and opening up the opportunity for all to advance and prosper,” Prime Minister Browne concluded. 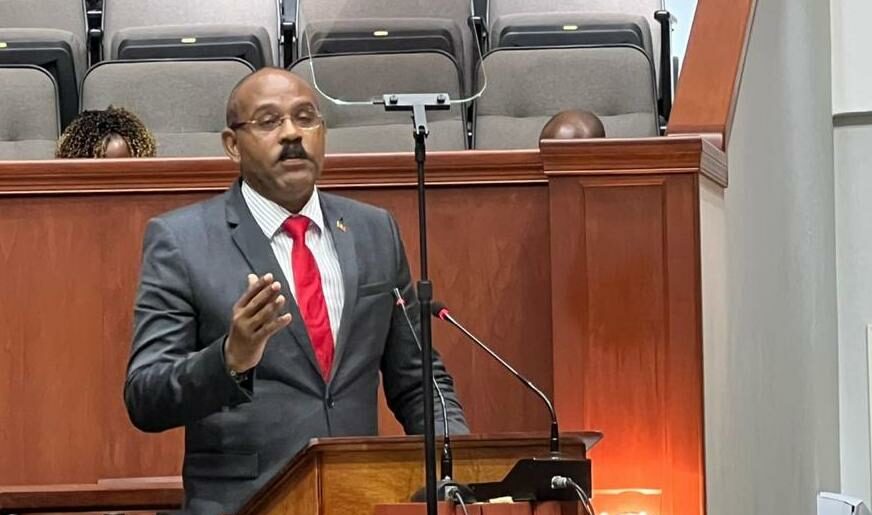