WASHINGTON (Reuters) – Satellite images taken on Monday show a Russian military convoy north of the Ukrainian capital of Kyiv that stretches for about 40 miles (64 km), substantially longer than the 17 miles (27 km) reported earlier in the day, a U.S. private company said. 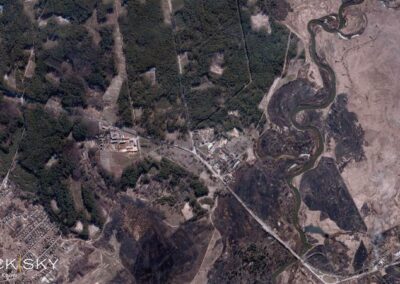 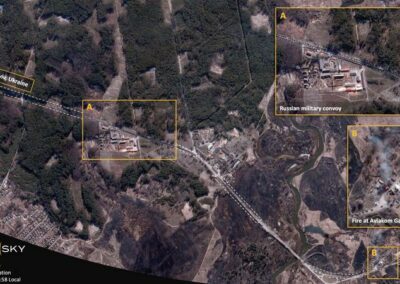 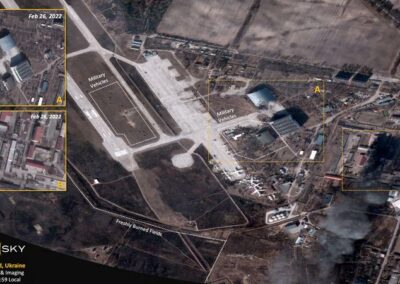 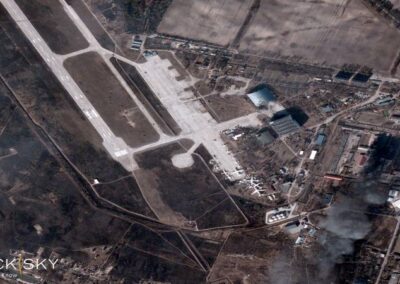 A satellite image collected over Antonov Airfield shows the destroyed former hangar of the Antonov An-225 Mriya sitting north of military vehicles clustered around main hangars and a static aircraft to south, as well as nearby warehouses now engulfed in flames as conflict continues in the area, Ukraine February 28, 2022.