The United States is set to criminalize abortion

Over the years, pregnant American women have enjoyed the freedom to decide if they will keep their pregnancy or have an abortion. The end to that freedom might be sooner than you think, as the Supreme Court is set to outlaw abortion rights in the United States in the country.

Abortion has been a controversial issue in the United States for over 200 years. The controversy surrounding the topic was laid to rest when the Supreme Court decriminalized abortion in 1973. It ruled in Roe v. Wade and Doe v. Bolton that a mother reserves the right to decide if she should keep a pregnancy or get rid of it.

After 49 years, the Supreme Court is set to overturn the judgment that legalized abortion in the United States. Although the Supreme Court is yet to make a final pronouncement, a leaked draft of the judgment had suggested that the court will soon criminalize abortion. According to the draft, “Roe was egregiously wrong from the start. Its reasoning was exceptionally weak, and the decision has had damaging consequences. And far from bringing about a national settlement of the abortion issue, Roe and Casey have enflamed debate and deepened division.” Although the draft is not the final opinion of the court, it has sparked protest across the United States.
In the past few weeks, protesters especially women have flooded the streets of the U.S, protesting the proposed criminalization of abortion. Research shows that about 60% of adults in America say abortion should be legal. This means that there will be more protests in the following weeks because the majority of Americans are against the proposed law.

If the legislation was passed and signed into law, abortion would be automatically legal in the United States. However, the bill’s failure had led every American back to the Supreme Court. Shortly, the Court will deliver a judgment on the very contentious issue. If the draft remains unchanged, abortion will automatically become illegal in the United States.

At the moment, it is almost sure that the Supreme Court will outlaw abortion. However, the judgment of the Court will not prevent abortion from always being a debatable issue in the U.S. But for now, the fate of many American women lies in the decision of the nine Justices of the Supreme Court. 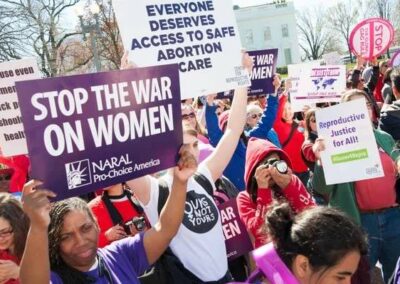 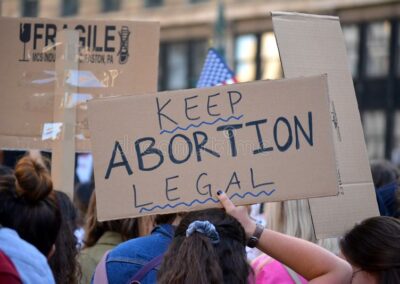