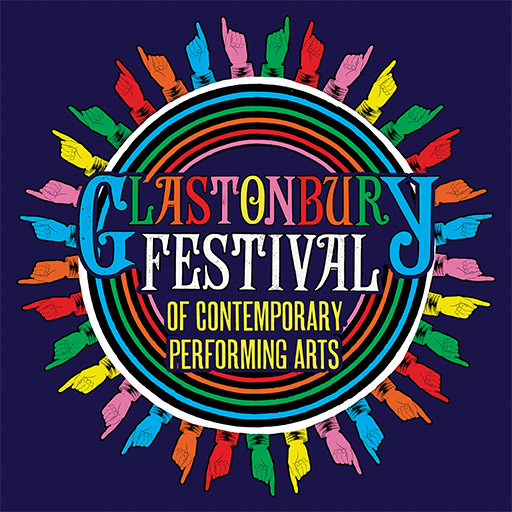 This weekend sees the start of one of the UK’s great annual events – namely the Glastonbury Music Festival. Running from early on Friday June 24th through to late on Sunday June 26th, it sees a gathering of some of music’s finest talent, with expectant crowds exceeding 200,000 to watch, support and enjoy every minute of it. This event has been off the calendar for the past two years due to the COVID pandemic, so everybody is eagerly awaiting its return and the added attraction this time around is that it will be the 50th running of such an event, at the site in Somerset, England.

People attend from all around the world, to listen to some of the best artists and basically to have one big weekend-long party. It is now recognised as the largest greenfield music and performing arts festival in the world, and is used as a template for all other festivals to aspire to. However, it hasn’t always been such a slick operation; indeed after the very first one, there was serious doubts as to whether there would even be a second.

Originally this remarkable gathering was known as the Pilton Pop, Folk and Blues Festival, when it made its first tentative steps into the world of live music, back in 1970. It was the brainchild of Michael Eavis, a local dairy farmer, who had become inspired by an open-air event in nearby Bath, which he had attended with his second wife Jean, the year before. The performance of Led Zeppelin was said to be when the “lightbulb” moment occurred, and he decided to organise his very own one-day show, on land at his Worthy Farm in Somerset.

He had some mounting debts and saw this as an ideal opportunity to potentially make some easy cash, to assist in reducing, or hopefully clearing them. So on Saturday September 19th 1970 (just a day after the great Jimi Hendrix had died at the desperately young age of 27), the gates opened and over the course of the day in trickled around 1,500 people, each paying the £1 admission fee, with a free bottle of milk from his own dairy, and an ox roast, thrown in for good measure. The headline act should have been The Kinks, but they pulled out at the very last minute, to be replaced by a folk-rock duo by the name of Tyrannosaurus Rex, fronted by an up an coming lead singer called Marc Bolan. The band abbreviated the name to T. Rex and they would go onto make their own shocking headlines throughout the early part of the seventies.

It would be fair to say the first incarnation of the festival was not a roaring success. Indeed, it was all very gentle, “much more like a country fete” it was described at the time; but everything must start somewhere. Eavis had hoped for an attendance of around 5,000 so he was left somewhat disappointed, but after initial reservations, he was persuaded to put on another event the following year, only this time promoted under the heading “Glastonbury Fair”… the humble beginnings of a UK treasure had begun to grow.

Gradually the event gained popularity, helped by the creation of the now famous Pyramid Stage, where so many world-class artists have performed over the years. By the end of the 1970’s it had become a three-day event and was pulling in crowds of 12,000, paying £5 a ticket. A decision of huge significance happened in 1981 when the name was changed to the “Glastonbury Festival”, a name now know worldwide. Attendance figures rose by 50% and top acts such as: Hawkwind and New Order were booked to perform.

By the end of the eighties the attendances had risen past 65,000; tickets were now £28, and the quality of artist continued to increase, with talent like Van Morrison, Elvis Costello and The Wonder Stuff playing across the three days. Moving into the nineties and the festival took the name of the “Glastonbury Festival for Contemporary Performing Arts” for the first time, to reflect the diversity of attractions within the event. It was now becoming the place to be seen at and in 1994, The Levellers attracted the largest ever crowd, with an estimated 300,000 watching on, boosted by an alarming number of gate-crashers.

By 1999 bands were desperate to play here with the likes of REM, Manic Street Preachers, Marianne Faithful and Blondie entertaining the masses. When Glastonbury celebrated its 40th anniversary in 2010, it had become a much more moulded and refined spectacle, and so far removed from its earlier days. By 2019 tickets were up to £248 and the capacity capped at just over 200,000. Artists included: Kylie, the Chemical Brothers, The Killers, and Miley Cyrus. Also, and just to highlight how far the festival has developed over its time, there was even a impassioned speech from Sir David Attenborough on the environment and climate change.

2020 would have been the sites 50th version of this event, but COVID put that celebration on hold for two years, which means 2022’s sold-out (£285 a ticket) Glastonbury, has some major catching up to do, so it promises to be especially memorable.

The location is actually quite stunning, set in 900 acres in the Vale of Avalon, more than one mile across and with a perimeter of an astonishing eight and a half miles. It is actually a whole load of different festivals all rolled into one, with many separate areas, each with its own unique character.  It is almost like a mini tented-city in itself, so to really experience Glastonbury, strolling around is definitely the way to go.

There are so many extremes. A visitor can go from wild excesses to chilled out, simply by crossing a field. The sheer numbers in one location can sometimes take people by surprise. Individuals of all ages, backgrounds, cultures, nationalities and fashion tastes all coming together can be a little intimidating; but fundamentally, they all love their own kind of music and just as importantly, they are all determined to have their best weekend of the year. Revellers are advised to leave any preconceptions at home and simply go with the flow.

Most people who visit Glastonbury, simply have a love of music and will enjoy artists of real diversity, and although in many cases they will have one or two specific acts that they will pencil in as a “must see”, the quality of this years’ line-up, over all three days, is staggering. On every stage, on each of the days, there is a procession of excellence. The headline acts are:

Eilish will become the youngest solo headliner at just nineteen, and preceding her on the Pyramid Stage will be Sam Fender and Crowded House. McCartney will be the oldest headline act, just one week on from his 80th birthday, and preceding him will be Noel Gallagher’s High Flying Birds and AJ Tracey. For Lamar, his audience will be warmed up by Lorde and earlier on the same stage, the legend that is Diana Ross.

Across the site there are many more stages including the West Holts, the Acoustic, and Left Field; and the artist scheduling reads like a who’s who of musical talent. The likes of: Sea Girls, Elbow, The Pet Shop Boys, Suzanne Vega, Yola, Olivia Rodrigo, Yungblud, Jamie T, Scouting For Girls, Supergrass, Kae Tempest, and The Libertines, are just some of the names that will be on show.

However, possibly the biggest cheer of the entire weekend could well be reserved for Kalush Orchestra, the Ukrainian band who won this year’s Eurovision Song Contest and who will be making their debut not only at the festival, but also in the country too, and there will undoubtedly be a lot of mutual respect and admiration, shown in both directions.

When does it it start and finish?

Although people will arrive anytime from Wednesday 22nd, there will not be any amplified music at the Glastonbury site until the the main stages open up at 11am on Friday morning. The final acts will perform on Sunday 26th, finishing at around midnight, although revellers are likely to continue making their own entertainment, well into the night.