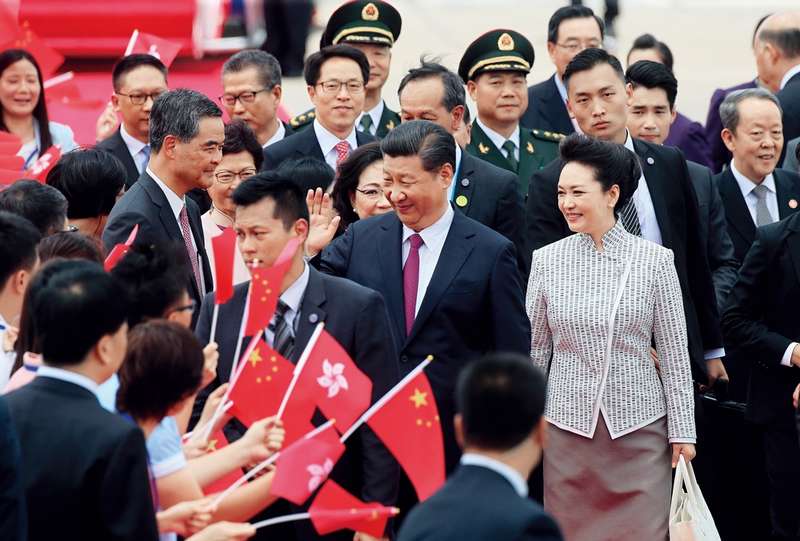 On Friday, July 1, it completed 25 years since the British government handed over Hong Kong to China. To mark the anniversary, President Xi Jinping of China visited Hong Kong for the first time in five years. It was his first trip outside mainland China in two years.

On July 1, 1997, Britain handed over the leadership of Hong Kong to China after 156 years of rule. Under the new arrangement, China and Hong Kong operate a “one country, two systems” government. Hong Kong would have more freedom than mainland China, but the two remain one country.

In his keynote address, President Xi said the “one country two systems’ has been tested and proved time and again, and there is no reason to change such a good system.”

The Chinese leader said Hong Kong returned to true democracy after the former British colony was handed over to China.

“After its return to the motherland, Hong Kong compatriots became masters of their own affairs, Hong Kong people administered Hong Kong with a high degree of autonomy, and that was the beginning of true democracy in Hong Kong,” Xi said.

President Xi Jinping also told the people that power must remain in the hands of patriots, referring to those loyal to the Chinese Communist government.

“It is a universal rule in the world that political power must be in the hands of patriots. No country or region in the world will allow unpatriotic or even traitorous or treasonous forces and figures to seize power,” Xi said.

John Lee is described as a Pro-Beijing, and some have seen this move as an attempt to suppress Hong Kong’s socialist style in the “one country, two systems” arrangement.

Although the “one country, two systems” government will continue until 2047, some Hong Kongers are dissatisfied with the system, accusing China of not respecting the arrangement.  On the instruction of Beijing, the government in Hong Kong has clamped down on protesters and opposers. Many of them are either imprisoned or have fled the country.

Ted Hui, a former lawmaker that fled the country to Australia, revealed that there are over 1000 political prisoners in Hong Kong.

“Hong Kong currently has more than 1,000 political prisoners, in addition to a justice system destroyed by the evil national security law, as well as the total annihilation of a free press and democratic society,” Ted Hui said on Facebook.

Other lawmakers and citizens that have fled the country, including Nathan Law, reacted to the anniversary celebration. They expressed their displeasure on how the Chinese government has turned the “two systems” into one system.

Instead of sending congratulatory messages, the few world leaders that reacted to the anniversary celebration did not have nice words for China.

The U.S Secretary of State, Anthony Blinken, said after 25 years, the two systems’ framework appears to have failed.

“This date was envisioned as the halfway point of 50 years of promised autonomy under the ‘one country, two systems’ framework. Yet it is now evident that Hong Kong and Beijing authorities no longer view democratic participation, fundamental freedoms, and an independent media as part of this vision,” Blinken said.

The celebration saw a reaction from the United Kingdom, the country’s former colonialist. According to Prime Minister Boris Johnson, Beijing has failed to comply with its obligations in the “one country, two systems” arrangement.

“…on the 25th anniversary of the handover, we simply cannot avoid the fact that for some time now, Beijing has been failing to comply with its obligations. It’s a state of affairs that threatens both the rights and freedoms of Hong Kongers and the continued progress and prosperity of their home,” Johnson said in his statement.

Boris Johnson added that the British government is doing “all it can” to hold Beijing accountable for its commitments over “one country, two systems” in Hong Kong. But the big question is, who is responsible for the weird system of government?

WHO IS TO BE BLAMED?

Steve Tsang, director of the University of London’s SOAS China Institute, revealed that the “one country, two systems” government was not an idea of Hong Kong. It was a negotiation between Britain and China, and Hong Kong was never part of it.

“What choice did they have? If they said, ‘No negotiations,’ the Chinese would take over without a deal, Tsang said.

Hong Kongers have never been a part of the decision on how and who governs them. Britain and China have always decided on Hong Kong’s system of government. Maybe in 2047, when the 50 years of “one country, two systems” expires, Hong Kong will be able to make its own decision.