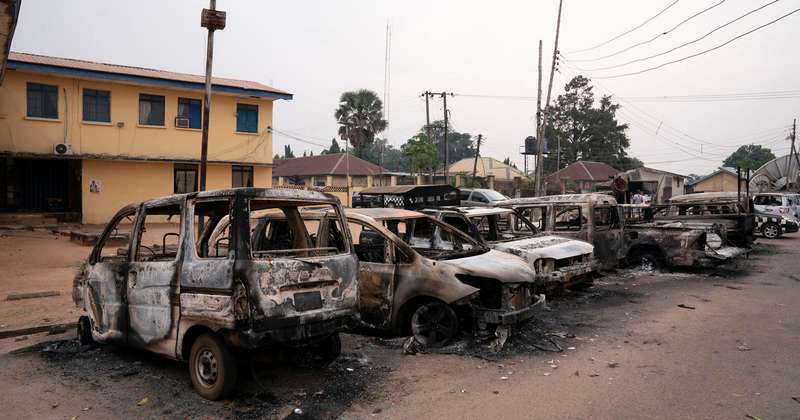 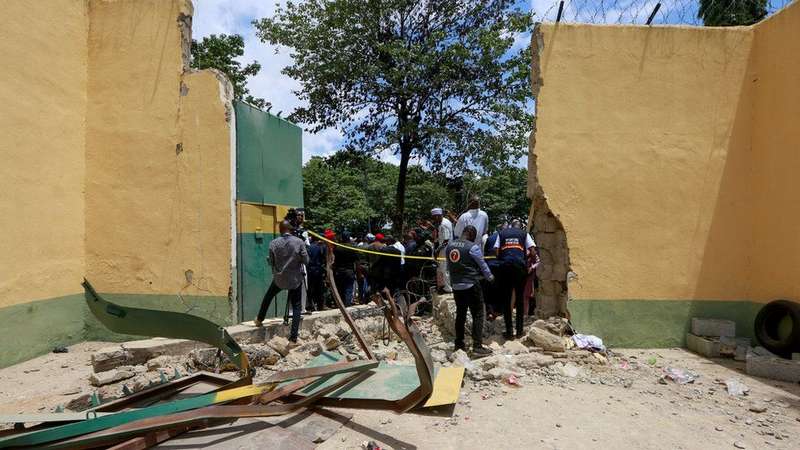 The growing insecurity in Nigeria took a new dimension on Tuesday night as terrorists invaded one of the maximum-security prisons in the country. According to reports, more than 600 inmates were freed by the terrorists, including members of the dreaded Boko Haram Jihadist group.

According to the Minister of Defence, Bashir Salihi Magashi, the terrorists were Boko Haram terrorists that came to free other terrorists in the prison.

“We understand they are Boko Haram. They came specifically for their co-conspirators, in order to get them, some of them are now in the general population. So they broke out and other people in that general population also escaped,” Bashir said.

The Defense Minister confirmed that the Jihadists were released during the attack.

“The number of Boko Haram inmates is about 64 and none of them is in prison again. They have all escaped,” he revealed.

Mr. Magashi added that other inmates were freed by the Jihadists, and some of the prisoners have returned to detention. The security operatives caught others in their hideouts. None of the terrorists has been recaptured by security operatives.

“The inmates here are about 994. And when they broke out because these people came specifically, “But many of them have returned, they have reported themselves to the police, some we have successfully retrieved from the bushes where they were hiding. And right now we have retrieved about 300, out of about 600 that escaped their cells,” the Defense Minister told reporters.

The terrorists arrived at the security prison at about 10:20 pm on Tuesday. They came with explosives and other dangerous weapons. Security operatives said the operation lasted for about 30 minutes.

In an interview published by Daily Sun, a prison official said they received information about a possible attack some days ago.

“As of Monday this week, they had beefed up security around the prison following an intelligence report of a possible attack. They increased the numbers of the army, police, Civil Defence and our own armed squad, yet none of them was courageous enough to attack the terrorists,” the official said.

He also confirmed that the military and security operatives did not do enough to prevent the attack.

“In fact, the Civil Defence personnel who lost his life was the only one who tried to display gallantry, but he paid with his life because he could not listen when the military, police and his colleague warned him to go into hiding. The response rate from the security guards was not encouraging at all,” the prison official whose name was withheld added.

Another prison official also told the Daily Sun that the experience was terrifying.

“I saw death pass me by during the operation, but God said that it is not my time yet,” the prison staff said. “They arrived by exactly 10.05 through the back of the prison. Everywhere was thrown into confusion. The inmates and some staff inside became restless…How we survived is still a surprise to me.”

How we survived is still a surprise to me,” the officer who did not want his name in print narrated.

Reacting to the attack, President Muhammadu Buhari said he was disappointed with the intelligence system.

“Saddened by the attack on the Medium Security Custodial Centre, Kuje. I am disappointed with the intelligence system. How can terrorists organize, have weapons, attack a security installation and get away with it? I am expecting a comprehensive report on this shocking incident,” Buhari tweeted.

The President also visited the scene of the attack on Wednesday before he later departed for Senegal.

Permanent Secretary, Ministry of Interior, Shauib Belgore, explained that there are almost 1000 inmates in the prison, and over 600 escaped during the attack. He also confirmed that 300 of them were recaptured.

On Wednesday night, the Islam State of West Africa Province, ISWAP, released a video claiming responsibility for the attack. In the video, the terrorists could be heard shouting “Allah Akbar.”