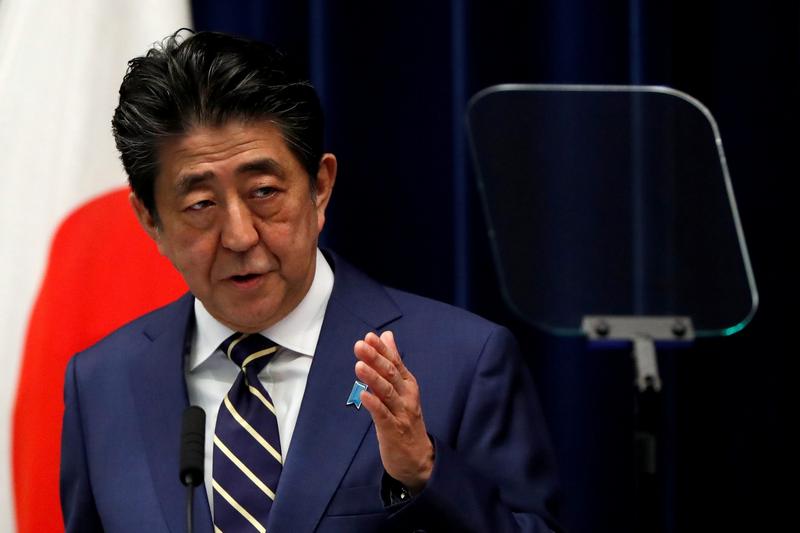 Former Japanese Prime Minister Shinzo Abe has been assassinated. The 67 years old was shot in broad daylight when he was giving a campaign speech in Nara, east of the Japanese city of Osaka. The incident took place at about 11:30 am local time.

According to local reports, Abe was shot on the right side of his neck. He collapsed immediately and was rushed to a nearby hospital. Videos from the scene showed the former Prime Minister bleeding profusely.

Mr. Abe was pronounced dead at 5:03 pm local time after several hours of work by a team of 20 doctors to keep the former Prime Minister alive. According to officials, he died of excessive bleeding, and the bullet had reached deep into his heart.

After shooting the Prime Minister, the suspect did not attempt to run away. Video footage from the scene of the assassination shows the Police wrestling with the suspect who was later identified as Tetsuya Yamagami. He is around 40 years old.

According to local reports, Tetsuya Yamagami might have used a handmade gun to assassinate the former Prime Minister. He is being held for questioning at Nara Nishi police station.

Although the world is so divided at the moment, world leaders have reacted alike to the murder of Shinzo Abe. From the leader of the United States to the President of Russia have condemned the assassination.

One of the first to react was the embattled UK Prime Minister Boris Johnson. He said the leader would be remembered by many for his “global leadership.”

“Incredibly sad news about Shinzo Abe. His global leadership through unchartered times will be remembered by many. My thoughts are with his family, friends, and the Japanese people. The UK stands with you at this dark and sad time, Boris Johnson said on Twitter.

The President of Columbia Ivan Duque said the people of Columbia will always remember Abe as a leader that was close to the country.

“On behalf of the Colombian government and people, we deeply regret the death of the former Prime Minister of Japan, Shinzo Abe, after being the victim of an attack. We will always remember him as a leader very close to Colombia. Solidarity with his family and the Japanese people,” Ivan said.

In another tweet by German Chancellor, Olaf Scholz, he said he was saddened by the death of Abe Shinzo.

“The deadly assassination attempt on [Abe Shinzo] me stunned and deeply saddened. My deepest sympathy goes to his family, my colleague Fumio Kishida and our Japanese friends. Even in these difficult hours, we stand close to Japan,” Olaf said.

In a personal letter written to the Family of the late Prime Minister, President Putin of Russia sympathized with the family of Abe.

“Please accept my deepest condolences on the passing of your son and husband,” Putin wrote.

In a statement released by the President of South Korea, Mr. Yoon extended his condolences to his family and the entire people of Japan.

“I extend my condolences to the bereaved family and the Japanese people who have lost the longest-serving Prime Minister and a respected politician in the history of Japan’s constitution,” Yoon said in a statement.

Other world leaders, including the Prime Ministers of Australia and India, have also reacted to the death of Abe.

WHO WAS SHINZO ABE?

Shinzo Abe is the longest Prime Minister Japan has known. He was born in Tokyo on September 21, 1954, into a family of politicians. His father was secretary of the Liberal Democratic Party (LDP), while his grandfather and great uncle served as Prime Ministers.

Abe attended Seiki University in Tokyo where he studied politics before attending the University of South California. At the age of 38, in 1993, Shinzo Abe was elected into Japan’s House of Representatives.

Like his father, he became the secretary of the Liberal Democratic Party in 2003 and later became the leader of the Party in 2006. He automatically became Prime Minister that year, but not without controversies. He stepped down in 2007 as leader of the party and prime minister.

He was re-elected Prime Minister in 2012 and served until 2020 when he resigned for health reasons. Despite being out of government, Abe was an influential figure in the Japanese government before his abrupt death.

Abe is survived by his wife, Akie Abe. They were married in 1987. They had no children together.