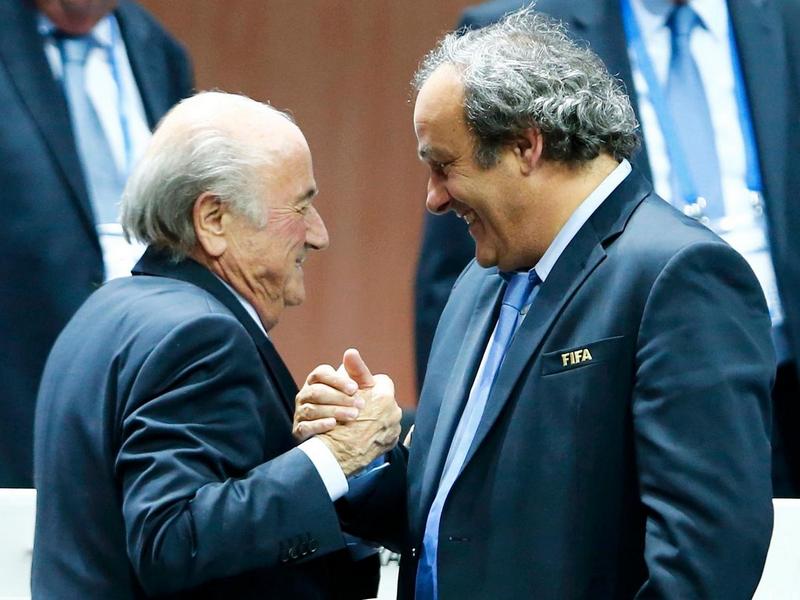 Blatter and Platini were accused of fraud, mismanagement, and forgery by the Office of the Attorney General of Switzerland. They were alleged to have arranged an unlawful payment of 2 million Swiss Francs. It was believed that Blatter paid the money because of his ambition to contest for the seat again. There were also indications that there was an agreement between both parties that Platini would succeed Blatter after his tenure.

On the realization of the transaction, FIFA banned the duo from football-related activities. The court’s decision now means that FIFA could reconsider its stand on the ban.

Before entering the courtroom, Blatter, 86, told reporters that he was not guilty of any crime, and does not know why he was being tried.

“I am not innocent in my life, but in this case, I am innocent,” Blatter told reporters.

The court has now ruled that the evidence before it supports the argument of the former FIFA and UEFA bosses.

“After examining and evaluating all evidence and circumstantial evidence as well as hearing various witnesses in the main hearing, the criminal court came to the conclusion that the result of the evidence supports the version of the accused,” the court ruled.

“The facts of the indictment cannot, therefore, be considered to have been created with a probability bordering on certainty,” the court added.

Reacting to the judgment, Blatter said he is now  “relaxed.” He said he was under pressure for the past seven years, and all of that has now ended.

“During seven years, I was always under pressure because there was a court case opened against me. Now it’s finished, so I am happy. I am also happy for international football,” Blatter added.

Michel Platini also thanked the judges for what he described as “the independence of their decision.”

“The truth has come to light during this trial and I deeply thank the judges of the tribunal for the independence of their decision,” Platini said.

“I kept saying it — my fight is a fight against injustice. I won the first game. In this case, there are culprits who did not appear during this trial. Let them count on me, we will meet again. Because I will not give up and I will go all the way in my quest for truth,” the former UEFA president added.

Mr. Platini also explained how difficult it was for him to be named a criminal when he was not one.

“Believe me, going from being a legend of world soccer to a devil is very difficult, especially when it comes to you in a totally unfair way,” Platini said after the judgment.

The office of Switzerland’s Attorney General also released a statement after the judgment. It said:  “The Office of the Attorney General of Switzerland (OAG) has taken note of the decision of the Criminal Chamber of the Federal Criminal Court. Once the Court has issued the written reasoning of its decision, the OAG will decide about how to further proceed.”

The spokesperson of FIFA released a statement after the court’s ruling. The football governing body said it would comment on the judgment at the appropriate time.

“FIFA takes note of the verdict of the Court regarding the case opened by the OAG and will await the full reasoned judgment before commenting further,” the statement said.