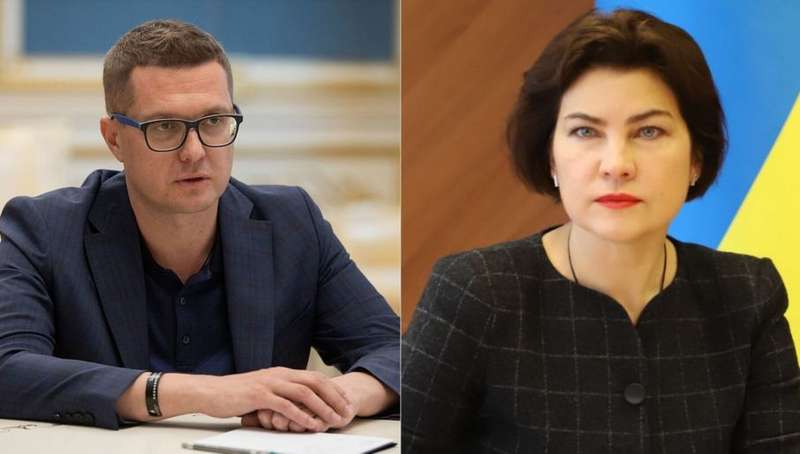 With successes recorded by Russia in the ongoing Ukraine war, one would not find it difficult to believe that the Russian army has infiltrated the secret service of Ukraine.

The Ukrainian government has begun identifying its officials working with the Russian government. In a late-night broadcast on Sunday night, President Zelensky announced the dismissal of two top government officials for suspected collaboration with Russia.

The officials are Prosecutor General Iryna Venediktova and the head of the State Security Service (SBU), Ivan Bakanov, a long-time friend of the Ukrainian leader.

“Today I made a decision to remove the Prosecutor General from office and to dismiss the Head of the Security Service of Ukraine,” Zelensky said.

President Zelensky, while explaining the reason for sacking the officials, said dozens of officials in the security agencies were working against the state. He said: “As of today, 651 criminal proceedings have been registered regarding treason and collaboration activities of employees of prosecutor’s offices, pretrial investigation bodies, and other law enforcement agencies.”

“In particular, more than 60 employees of the prosecutor’s office and the Security Service of Ukraine remained in the occupied territory and are working against our state,” the President added.

Although it has not been confirmed if the sacked officials are directly involved in any of the crimes, President Zelensky said there are a lot of unanswered questions in the separate ministries which the government would investigate.

“Such an array of crimes against the foundations of the national security of the state and the connections detected between the employees of the security forces of Ukraine and the special services of Russia pose very serious questions to the relevant leadership. Each of these questions will receive a proper answer,” Zelensky said in the broadcast.

He added that the former head of the Main Directorate of the Security Service in Crimea, Oleh Kulinych, is currently in detention for suspected treason. Mr. Zelensky vowed that everyone involved in working with the detained security chief would be dealt with severely.

“Everyone who together with him was part of a criminal group that worked in the interests of the Russian Federation will also be held accountable. It is about the transfer of secret information to the enemy and other facts of cooperation with the Russian special services,” Zelensky said in the broadcast.

Mr. Zelensky said there is an investigation into the activities of law enforcement agents that are already yielding results.

In another televised broadcast, a top adviser to President Zelensky, Andriy Smirnov, said the officials were not sacked. He said Iryna Venediktova and Ivan Bakanov were removed pending an investigation of the allegations.

“In order to prevent the potential influence of these two officials on criminal proceedings, which are being investigated in relation to SBU employees who are suspected of cooperation with the aggressor country, and the same applies to the prosecutor’s office, the president made appropriate decisions,” Mr. Smirnov said.

According to reports, the action of the president came after an easy takeover of key cities by the Russian forces. There are indications that it was only possible because top Ukrainian officials are collaborating with the Russian government, thereby frustrating the efforts of Ukraine.

Since the war started, hundreds of Ukrainians have been arrested for collaborating with the Russians. Many more could still be undetected, and some of these betrayals could be top government officials.