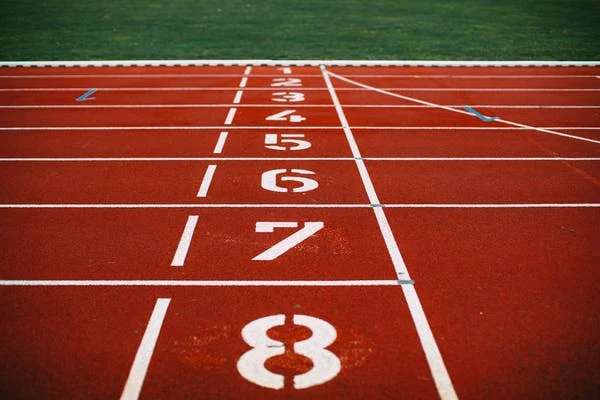 Any parent will be able to relate to the pride they feel when their child gains success in something they have worked exceptionally hard for, and being present when they achieve that distinction, makes it even more special. In sporting terms watching on from the sidelines as victory is sealed by your son or daughter, must be hugely satisfying too, and a truly great family moment to savour for ever. Imagine then, how incredible it must be to be able to commentate on your own son battling it out down the home straight, to win a gold medal in a major global competition.

Well that has happened to Geoff Wightman, who had the privilege of calling home his 28 year old son Jake, in the final of the 1500 metres, at the 2022 World Athletics Championships, in Eugene, Oregon, on Tuesday 19th July. Geoff was working as one of the Stadium announcers at the Haywards Field venue, and it fell to him to describe the closing stages of the race to the watching audience, as professionally as possible.

The line-up and early stages

Coming into the event, Jake Wightman was probably still feeling the disappointment from last year’s Olympic final, when he could only manage a tenth place finish. The winner that day, and favourite for this race, Norway’s Jakob Ingebrigsten, was part of a really competitive field, which also included Jake’s teammate and Olympic bronze medalist, Josh Kerr; alongside highly fancied Kenyan pair: Abel Kipsang and Timothy Cheruiyot. Keeping up with a strong pace, Wightman had himself in a handy position throughout, and looked comfortable on the inside, in third or fourth place at the bell. He moved up to second, just behind Ingebrigsten, as the field made their way along the back straight, before forcing himself to the front, 200 metres from home.

Why is dad commentating?

Dad Geoff, is a former marathon runner, and represented England at the Commonwealth Games in 1990. After retiring he turned to media work and has made quite a name for himself at stadiums around the world as an announcer, although he also continued to coach his son, no doubt with assistance from his wife and Jake’s mother Susan, who was also a long-distance runner for Great Britain, in her day.

He was working on behalf of World Athletics and had called his son’s races in the past, but always remained highly professional, never revealing the family connection. This though, was very different. Jake had not got close at the Olympics, but here he was right in the mix and Geoff was feeling it. Ingebrigsten wouldn’t be shaken off, but crucially he didn’t seem to be able to regain his lost ground “It’s going to be close!” Geoff animatedly exclaims, before declaring: “but JAKE WIGHTMAN WINS GOLD!” as Jake crossed the line, just ahead of his rival, with Spain’s Mohamed Katir, back in third, and becoming Great Britain’s first 1500 metres winner since Steve Cram, 39 years earlier.

As Jake won, a video clip showed Geoff raise both his arms and punch the air in celebration, before bending down and putting his hands on his knees, taking in the enormity of what had just happened.

He was quickly joined by his wife, with the British flag in her hand, who raced up to his commentary box from her seat in the stands, to share the moment with her husband. The clip ends with Geoff slumping back into his chair, looking drained and emotional, as he attempted to keep it all together and fight back the tears of joy.

Geoff then finally allowed himself some family indulgence when he announced to the thousands inside the stadium, in an audibly excited voice: “That’s my son. I coach him. And he’s the world champion!”

What did he have to say?

Having regained some composure Geoff spoke after the race, explaining: “I can’t be biased, I have to be impartial, it’s the job. If I don’t keep it neutral, I don’t get to do them again, and I love doing them, but keeping it together for that was difficult. For three minutes it was the same as most of his other 1500 metres, it was only the last thirty seconds that it all changed for me. I’m thinking has he gone too soon, and are they going to come back at him? I’m looking forward to watching it back, knowing he hadn’t and they didn’t!” He then added: “I’ve been doing his school sports day since he was about eleven, because my wife’s been his PE teacher, so we have just taken it to a slightly bigger stadia, slightly bigger crowds and slightly bigger medals. To come through and win a global title here means so much. I’m very proud; so very proud of him.”

In his interview, Jake paid tribute to his father, and revealed that his dad had first taken him to watch the World Championships in 2003 in France, for his first athletics experience, when he was just nine years old. “He’s put so much hard work in to get me to this point. He kept it together OK, he’s very professional at what he does, but he seemed happy after. He’ll probably tell you that there has been a lot of moments that haven’t been remarkable, because I have been so bad. In Tokyo last year he was doing that race and I was pretty disappointing, so it means a lot to come here and have this result because he’s my coach also.”

He continued: “I’m glad he showed some emotion, I’ve been with him since I was like 14, as a coach. It’s a special moment for him as well. For him to be part of my journey to get to this point and actually be part of the actual race itself is so unique, and I hope he can celebrate as much as he likes.” On the race itself, Jake disclosed his tactics on that last lap: “I didn’t want to leave this race like in Tokyo (2020 Olympics) where I didn’t give a true account of how I want to run, and how I believe I could run. The important thing was to be at 200m strong. I thought ‘screw this, I’m going to give it a go’. If I ended up finishing fourth, at least I’d know that I gave it a go. If I had finished second or third I’d given it a go to try to win. But I held on. Whatever happens in the rest of my career, I’m a world champion!”

Then just as Geoff had recovered from the emotional “turmoil” his son had put him through, the World Athletics moved Jake’s medal ceremony forward to the same evening, because the original plan clashed with his flight home, scheduled for the following day. So, as the athletes took to their podium places, and with clear pride and emotion crackling in his voice, plus probably huge lumps in both father and son’s throats, Geoff announced to stadium audience and to the watching millions on television: “The gold medallist, and representing Great Britain and Northern Ireland… JAKE WIGHTMAN!

Hollywood will already be making plans, no doubt!