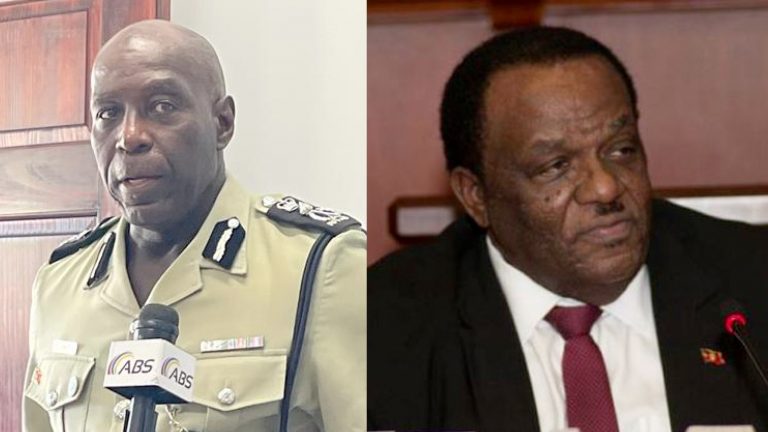 Thursday is decision day for the Police Welfare Association (PWA) which will choose what move it will make about what they say is the constant neglect from the government about their laundry list of issues.

On Wednesday, the PWA said it was displeased with the lack of effort being made by authorities to address lingering issues ranging from lack of uniforms, poor working conditions at several police stations, access to land and housing, risk allowances, and medical insurance.

Chairman of the Association, Corporal Marilyn Harris said the government had promised to address their concerns by years into that promise, nothing has happened.

The Commissioner of Police Atlee Rodney, according to Harris, superintends the force and his role is to ensure their needs are met but she said the top cop isn’t doing that.

“He is not doing anything for us. If they were we weren’t here today. Attorney General Steadroy Benjamin isn’t doing anything either. They are just not doing enough for us. Plenty of promises were made but nothing is happening,” she said.

At the top of their list of concerns is the issue of reimbursement for medical expenses.

“Over the years we have been going to doctors for services and when we pay our monies, we take our receipts to our accounts department. They prepare the vouchers and send them to the treasury and all our vouchers are locked down in the treasury for years and we are not being reimbursed. This is the reason why we are asking for help. They need to just pay our insurance coverage annually so we would stop spending our monies and can’t get remembered,” she said.

In addition, Harris says there is a need for new uniforms to be supplied promptly.

“When people see us on the streets, we are raggedy. You don’t see how we look? The pants are worn out. We have difficulty. We don’t get uniforms regularly. We are supposed to get two uniforms a year,” she said.