UK step in to host next Eurovision on behalf of Ukraine 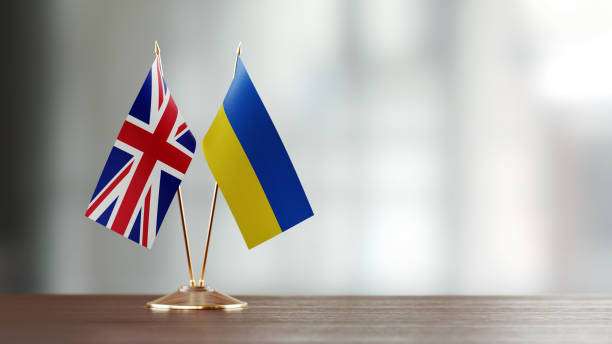 The Russian invasion of Ukraine has claimed yet another victim – the Eurovision Song Contest! To be more precise, it has changed the location of next years competition. With the constant threat of attack looming over the country, and the very real possibility of air raids and mass casualties, it has been decided by the the European Broadcasting Union (EBU) that after a “full assessment and feasibility study” there is too much of a security risk for the Ukrainian broadcaster UA:PBC to host the 2023 event. They had earned the right to do, following their emotional success earlier this year, when a surge of public support from right across the European continent, propelled them to a hugely popular victory.

The winners of the event automatically get to play host the following year, but it has been decided that the 67th Eurovision Song Contest will now be held in the UK, on Ukraine’s behalf, and a host city will be found through a bidding process. Fundamental requirements to be able to facilitate such a mammoth undertaking will be access to a very large events space, and suitable accommodation and international transport links for the competing countries and their delegations. It is thought other cities will join a list that already exists and includes: Sheffield, Bristol, London, Manchester, Brighton, Liverpool, Cardiff, and Leeds, who have all expressed interest in stepping up.

The BBC will be the national broadcaster of the event when it takes place next year and a statement posted on Twitter from the Director General, Tim Davie, read: “It is a matter of great regret that our colleagues and friends in the Ukraine are not able to host the 2023 Eurovision Song Contest the so deservedly won just a few months ago. Being asked to host the largest and most complex music competition in the world is a great privilege. “The BBC is committed to making the event a true reflection of Ukrainian culture alongside showcasing the diversity of British music and creativity. “The BBC will now begin the process to find a Host City to partner with us on delivering one of the most exciting events to come to the UK in 2023.” A spokesperson for the broadcaster promised to produce a programme which has “glorious Ukraine at its heart; and will celebrate their culture and heritage alongside the Eurovision’s proud tradition of celebrating diversity through music.”

Mykola Chernotytskyi, Head of the Managing Board of UA:PBC confirmed that they will work alongside the BBC to develop and implement the Ukrainian elements of next year’s show, adding: “The 2023 Eurovision Song Contest will not be in Ukraine, but will be in support of Ukraine. We are grateful to our BBC partners for showing solidarity with us. I am confident that together we will be able to add Ukrainian spirit to this event and once again unite the whole of Europe around our common values of peace, support, celebrating diversity and talent.”

Oleh Psyuk, the lead singer of Kalush Orchestra, the folk rap group, who won the 2022 event for Ukraine with their song Stefania said: “We are very sad that the Eurovision Song Contest will not be held in Ukraine next year. But we are grateful to the UK for their solidarity and for agreeing to hold the event in support of our country. “We hope Eurovision 2023 will have a Ukrainian flavour and celebrate our beautiful, unique culture. We, in turn, will make all efforts to help Ukraine win next year as well, so that Eurovision 2024 can take place in a peaceful country.”

The group had recently made their own contribution to the war effort by selling their copy of the iconic crystal award, cut into the shape of a microphone, for a fantastic $900,000, together with auctioning off Psyuk’s signature pink Panama hat which he was wearing for the group’s winning performance, with all proceeds being handed over to the country’s military to purchase a sophisticated drone system, to assist the country’s armed forces.

Outgoing UK Prime Minister Boris Johnson released a tweet stating: “As we are now hosts, the UK will put on a fantastic contest on behalf of our Ukrainian friends.” It emerged that he had been in talks with Ukrainian President Volodymyr Zelensky only last week, and that they agreed that “wherever Eurovision 2023 is held, it must celebrate the country and people of Ukraine.” He continued to promise: “we will now honour that pledge directly.”

Martin Osterdahl, the Eurovision Song Contest’s Executive Supervisor, expressed his gratitude to the substitute hosts: “We’re exceptionally grateful that the BBC has accepted to stage the Eurovision Song Contest in the UK in 2023. Continuing in this tradition of solidarity, we know that next year’s contest will showcase the creativity and skill of one of Europe’s most experienced public broadcasters, whilst ensuring this year’s winners, Ukraine, are celebrated and represented throughout the event.”

Sam Ryder’s entry Space Man proved to be extremely popular too, as the UK were the runners up to Ukraine. He graciously declared:“Ukraine’s win was so well deserved and encapsulated everything the song contest is about. The main thing is that we throw an amazing event that really celebrates Ukraine, and one thing is for sure, we know how to throw a party here in the UK.”

When was the last time it was held in the UK?

Ukraine will automatically qualify for the grand final of next year’s competition, together with what are collectively referred to as the “Big Five”, who are namely: the UK, France, Germany, Italy and Spain, who each get a free pass because of their financial contributions to the contest. There has also been an assurance that there will be a special logo created, concentrated around the Ukraine situation, to mark the unusual circumstances of the event.