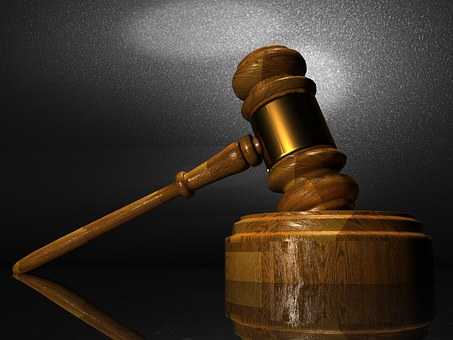 The high profile libel case brought to court by Rebekah Vardy against Coleen Rooney has horribly backfired on her, after a judge found in favour of Mrs Rooney, concluding that “significant parts” of Mrs Vardy’s evidence were not credible and there were many occasions when she was testifying that she “was manifestly inconsistent with the contemporaneous documentary evidence, evasive, or implausible.” So rather than clearing her name, and basking in the glory of victory, the ruling actually leaves her reputation in total ruins and presents her with the prospect of legal costs running into the millions.

In her 75-page judgement, Mrs Justice Steyn described Vardy, the wife of Leicester City footballer Jamie Vardy, as an “untrustworthy witness” who was likely to have deliberately destroyed potentially crucial evidence, to assist her cause. Additionally it was considered highly likely that there had been collusion between Vardy and her agent, Caroline Watt, to leak stories from Mrs Rooney’s private Instagram account to the Sun newspaper, providing tips to tabloid journalists and aiding them with their inquiries.

The sorry episode  began three years ago when Rooney, the wife Wayne Rooney, the former Manchester United and England player, and more recently Derby County Manager, conducted a cunning “sting” operation to discover who was leaking the stories to the press. Posting fake content, she was able to narrow the culprit down to just one possibility, after blocking everyone else and identified them with a now infamous post on Instagram: “It’s ……… Rebekah Vardy’s account.” she announced pointedly. Vardy strenuously denied the allegation and began proceedings to sue Rooney for libel.

Despite multiple efforts to settle the issue out of court by Rooney’s legal team, Vardy’s side refused to back down, leading to both ladies being subjected to painful cross-examination, in a case that was humorously christened “Wagatha Christie” in reference to the footballing connection they had when the two of them were part of the wives and girlfriends group of the England National team. Vardy in particular faced much humiliation in her questioning. There was also widespread mockery in court over the loss of crucial evidence, when it was claimed WhatsApp messages on Watt’s phone were lost after the device was “accidentally dropped” off the side of a boat and into the North Sea, while Vardy’s own copy of the same messages was seemingly lost in the process of backing them up. “It is likely that Ms Vardy deliberately deleted her WhatsApp chat with Ms Watt, and that Ms Watt deliberately dropped her phone in the sea.” the judge surmised.

In summing up Judge Steyn described  Rooney’s evidence as being “honest and reliable,” and in her conclusion, she said: “I have found that Ms Vardy was party to the disclosure to The Sun… Ms Vardy knew of and condoned this behaviour, actively engaging in it by directing Ms Watt to the private Instagram account, sending her screenshots of Ms Rooney’s posts, drawing attention to items of potential interest to the press, and answering additional queries raised by the press via Ms Watt.”

Upon hearing the verdict Vardy said: “The case is over, I am extremely sad and disappointed at the decision that the judge has reached. It is not the result that I had expected, nor believe was just. I brought this action to vindicate my reputation and I am devastated by the judge’s finding. She got it wrong and this is something I cannot accept.” However, and maybe quite revealingly, she added that she “would not be appealing.” She also pleaded with those who had subjected her to abuse to now stop, saying: “As I explained in my evidence, myself, my family and even my unborn baby were subjected to disgusting messages and vile abuse following Coleen’s post, and these have continued even during the course of the trial. I hope they will now finally stop.”

Rooney was naturally pleased with the result, but was keen to stress: “It was not a case I ever sought, or wanted. I never believed it should have gone to court at such expense in times of hardship for so many people when the money could have been far better spent helping others. Both before and after my social media posts, in October 2019, I made every effort to avoid the need for such a drawn-out and public court case. All my attempts to do so were knocked back by Mrs Vardy.” She continued: “It has been a very difficult and stressful time, and although I bear Mrs Vardy no ill-will, today’s judgment makes clear that I was right in what I said in my posts of October 2019.”

It is thought that the process of assessing the pair’s legal bills could take a substantial amount of time, with costs initially being estimated at ending up in advance of £3 million, with Vardy having to find a high percentage of that figure. Jack Ridgway, the chair of the Association of Costs Lawyers, said: “Assuming there is no appeal (which has been confirmed by Vardy already), the costs process will now begin. As the loser, Mrs Vardy will undoubtedly be required to pay Mrs Rooney’s costs, but these will be subject to a court process called assessment, but as a generalisation, winning parties would expect to recover about 70% of their court costs.”

Such has been the interest in this case, there are already several TV projects based around the court drama currently being worked on. Now the verdict is in, the script writers have their dramatic ending.