Celebration of 76th Independence Day of India in Antigua 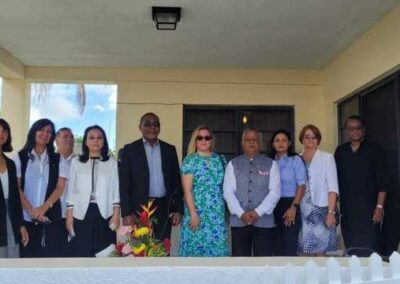 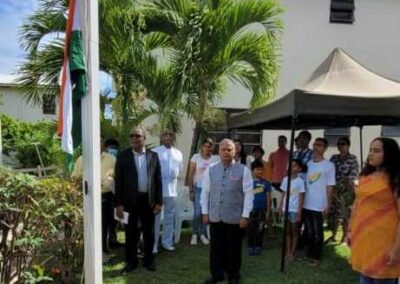 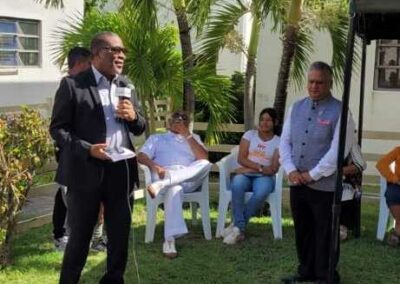 India ‘s 75th Independence Day Anniversary was Celebrated this morning with Flag Hoisting by Honorary Consul of India  Mr. Vijay Tewani in the presence of Ambassador Liverpool, P. S. Ministry of Foreign Affairs & Immigration, Ambassadors of China , Cuba , Dominican Republic, the British Resident Ambassador & the Consul General of Venezuela in addition to members of Diplomatic Corps. The Indian Diaspora were also present.
The message of Hon’ble President of India H.E. Smt. Droupadi Murmu, on the occasion of the Independence Day was read by the Honorary Consul of India.
India is celebrating its 75th Independence Anniversary from March 2021 to August 2023 as Azadi Ka Amrit Mahotsav. The Government of India is organizing various events across the globe in the run up to the India@75 to celebrate this historic occasion. The High Commission of India has also been organizing various events since March 2021 to commemorate this important occasion.