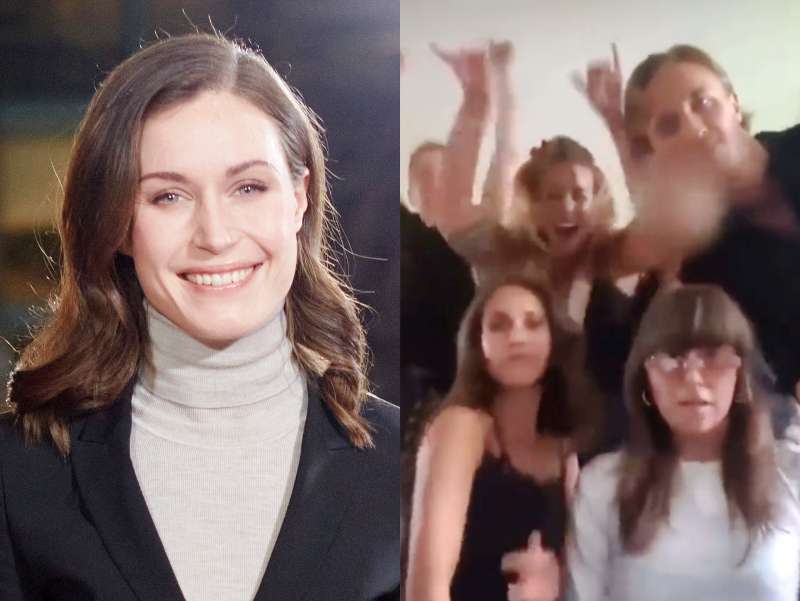 A trending video of the Prime Minister of Finland has shown that leaders of countries are also humans and will also need to catch some fun with friends and family. In the short video, Prime Minister Sanna Marin was seen dancing with a group of friends. Dressed in a black tank top and a pair of white pants, no one will doubt if she was enjoying herself to the full.

The video generated mixed reactions, as some people believe it was absolutely fine for the 36-year-old to enjoy herself like every other citizen. Others felt it was irresponsible of her to be catching so much fun when the country is in crisis.

“You won’t believe it, but the prime minister of Finland, Sanna Marin, is on fire in this video. If anything, she’s on the left in a black top and white pants. Looks like she really knows how to enjoy herself,” a Twitter user said.

Aleksi Valavuori, a local sports talk show host, described Marin as the most incompetent leader the country has had.

“This is the Prime Minister of Finland, Sanna Marin. Some been saying she’s cool… maybe among other teenagers. But a responsible leader for a country in crisis? She is by far the most incompetent PM we ever had. Knows nothing. Please take your leather jacket and resign,” Aleksi tweeted.

The Prime Minister told journalists on Thursday that she was the one in the video, but said there was nothing illegal in her actions.

“I danced, sang, and partied – perfectly legal things. And I’ve never been in a situation where I’ve seen or known of others [using drugs],” she said, adding that she knew someone was filming her but was upset with whoever made the video public.

“I have a family life, I have a work life and I have free time to spend with my friends. Pretty much the same as many people my age,” Ms. Marin added.

Many people in Finland have supported the Prime Minister and others have criticized the world’s youngest elected Prime Minister for lacking good judgment.

“Marin may have acted in good faith, but this gullible she should not be,” Helsingin Sanomat newspaper wrote on Thursday.

“The prime minister can, in a sensitive situation, put the weapons of information warfare in the hands of those who would like to hurt Finland,” the newspaper added.

Yet, others feel Marin should take a voluntary drug test and make the test result public.

Marin said she has never used drugs in her entire life and would make herself available for the test if necessary.

“I haven’t used any drugs, so it’s not a problem to take a drug test, but I also think it’s quite special that something like this is required,” she told reporters, adding that she has “nothing to conceal or hide.”

This was not the first time the 36-year-old was facing backlash because of partying. Last December, the young lady was forced to apologize after she had contact with someone who had Covid at a nightclub.