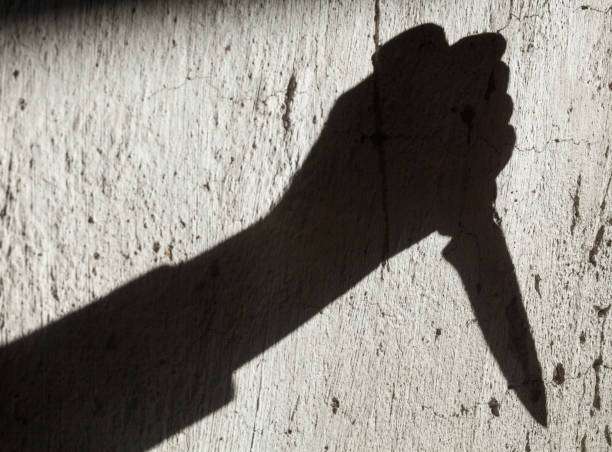 World boxing champion Tyson Fury spoke of his “agony” after learning that his cousin had been tragically stabbed to death outside a bar in the town of Altrincham, Greater Manchester, England. News filtered through to Fury that 31 year old Rico Burton, himself a former fighter, and who used to train with his famous relation who is three years his senior, had been involved in an altercation, which had tragically escalated into what onlookers have described as resembling a “bloodbath.”

What are the details of the attack?

It seems that Mr Burton had been out for the evening with friends, initially watching the heavyweight boxing contest between Anthony Joshua and Oleksandr Usyk, which took place in Saudi Arabia. He had been at the Church Inn, in the nearby village of Flixton, before moving on to the area know as Goose Green in the town, which is a popular and lively location, and where the fatal incident took place, at around 3am on Sunday morning, 21 August.

Witnesses have said that a row had started inside an establishment and the argument continued outside, but Burton had in actual fact been trying to act as peacemaker and had stepped in to try and break things up, before a knife was plunged into his neck.  A 17 year old youth, thought to be related to Burton, was also injured in the attack, and the two were rushed to hospital, and the younger man remains in “poorly condition”. Sadly, despite frantic efforts to save him, Mr Burton died from the wound inflicted upon him.

Police arrested two men, aged 21 and 20, one at the scene, the other a short time later and they remain in custody facing charges of suspicion of causing grievous bodily harm with intent, and murder.

Superintendent Ben Ewart, of  Greater Manchester Police, said the stabbing was a “senseless act” that he and his colleagues believe was “spontaneous and unplanned.” He said Rico should have been “enjoying being out with friends” and that it was a “tragic end to a night where both victims should have returned home after an enjoyable night out.” He ended his statement by passing on his forces “sincere condolences” to Rico’s family and friends, and to those of the 17-year-old too.

Tyson Fury had also been watching the same Joshua/Usyk fight and had been quite upbeat earlier in the evening when he posted on Instagram that he would be open to coming out of retirement for one last bout, stating: “I’ve just seen Joshua lose for the second time to Usyk – out of his depth;” before adding: “Send me in. I will relieve the Ukrainian dosser of his belts like I did the last Ukrainian dosser.”

Only a few hours later he was compelled to release a far more harrowing message: “My cousin was murdered last night, stabbed in the neck, this is becoming ridiculous, idiots carrying knives. This needs to stop asap; the UK government needs to bring in higher sentencing for knife crime. It is a pandemic and you do not know how bad it is until it is one of your own. Life is very precious and can be taken away very quick, enjoy every moment. RIP Rico Burton may the lord god grant you a good place in heaven, see you soon. #onlycowards carry weapons.”

Family friend Jim Flanagan, 75, said he saw Rico watching the heavyweight bout in a nearby pub and had given him a huge hug and had a pint of beer bought for him by the young man, just a few hours before he was killed. Choking back the tears he said: He was just so full of life. To hear that he has gone, it is heartbreaking. He was such a nice guy, my thoughts are with all his family and our condolences are with all of them. He was one of the good ones. As soon as I walked over Rico walked up to me, and gave me the biggest hug, and then bought me a pint.”

He continued: “I have known the whole family for 30 years or more. Rico was my friend, he was just a lovely man. He used to walk up and down the lane with his phone and we would always have a chat. When I went out last night, and we came up here they were all here, they had all come out to watch the fight. Before they all went to town, he was laughing and joking and buying drinks for people. He was a larger-than-life character, it really is heartbreaking.”

Boxing coach Steve Egan, 60, who had trained both Rico and Tyson in the past paid tribute: “I taught Rico, he was a lovely lad. I’m devastated. I feel like crying, he was a fantastic fella. He was a great laugh, there was not a bad bone in him. I got a phone call this morning and could have cried straight away.”

He revealed he had been told a version of events which seemed to correspond with what eye-witnesses were saying: “From what I have heard it was just a bit of a scuffle. Some other guys were trying to get into a club and they were not being let in. It appears that the argument wasn’t with Rico, he was actually trying to calm it all down. It seemed as though it was settled, then suddenly the guy stabbed them. It is unbelievable, so senseless.”

Shadow Home Secretary Yvette Cooper last night said: “Knife crime is destroying lives and devastating families. This is yet another horrific killing on Britain’s streets. It is becoming a national crisis and we need urgent action from ministers before more lives are lost.”

Sadly this shocking incident adds to a sudden wave of knife violence across the UK this summer. Figures released taken in the year ending March 2022 show that knife related crimes have increased by 10% in England and Wales, with just under 50,000 incidents reported, according to the Office for National Statistics; whilst offensive weapon cases dealt with by the Criminal Justice System also were on the rise by a further 5%. Many of these were driven by a the number of people caught in possession of an item with a sharp blade, or point.

This worrying trend for carrying knives does seem to be something that is spreading across the country, having previously been predominately confined to the London area. Detective Superintendent Ewart said knife crime “remains a priority” for Greater Manchester Police, following this latest tragic event.

He literally fought his way to the top, becoming the undefeated heavyweight champion of the world, but this latest heartbreak for his family is yet another in a line of tragic knocks in his life, some self inflicted, other just awful misfortune. He has battled mental health issues, sparked by the loss of his baby and a close uncle at the very same hospital, back in 2014.

He has often turned to drugs, and struggled with bipolar. By his own admission he has been addicted to alcohol, drugs and food at various points over the years, but each time his career seemed to be derailing, he somehow found the mental strength to pull himself back from the brink, and defy the odds.

This latest shock will hit him hard, but he has learned to deal with knocks and grief and no longer bottles up his emotions. Hopefully his plea for the government to do more with regards to the sentencing of convicted knife offenders, will be heard and can have some positive impact moving forward.

The hope is that his message to those cowards for whom putting a knife in their pocket when they leave home comes as second nature, does begin to register and this worrying upward curve of not only carrying, but also using these deadly weapons, starts to decline.