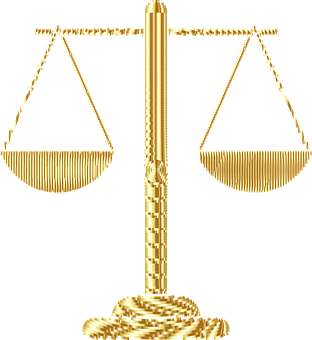 Controversial ex Formula One supremo Bernie Ecclestone has appeared in court accused of committing fraud over an alleged failure to declare around $650m (around £549m at the time) in overseas assets, namely a trust in Singapore. The ninety-one year old ex motor racing boss denied the charge of fraud by false representation, entering a plea of not guilty at Westminster Magistrates Court on 22 August.

Mr Ecclestone arrived at court in a white Range Rover, confirmed his address, before denying the claim brought by HM Revenue and Customs, following a “complex and worldwide” investigation, and related to a three year period between 2013 and 2016.

Prosecutor Robert Simpson told the court: “During the course of that investigation he was asked about any trusts placed abroad that he was involved with. The Crown has based this charge on the basis he failed to declare a trust in Singapore with a bank account containing approximately $650m, after having the opportunity to “enter into a structural disclosure facility, which would have drawn a line under previous tax irregularities.”

Mr Ecclestone is alleged to have disclosed “only a single trust” to tax authorities, one in favour of his daughters, according to the charge read out in court, which heard that he said he was “not the settler or the beneficiary of any other trust” and the prosecution alleged the businessman acted “with the intention of making a gain for yourself.”

The hearing lasted just short of ten minutes, before he was granted unconditional bail ahead of his next appearance, which Chief Magistrate Paul Goldspring confirmed would be at Southwark Crown Court, on 19 September, adding that: “Given the value of the alleged fraud, if convicted this court would not have sufficient sentencing powers.”

On leaving, and with security at his side, they pushed their way through a crowd of press and photographers, refusing to say a word.

This son of a trawler captain has certainly had some life. He started out as a racing driver himself in the late 1940’s and early 1950’s, but several accidents speeded up his move into the business side of things. After making huge profits from investments in property, as well as finding a great returns from moneylending ventures, he returned to his favourite sport towards the end of that decade.

His big rise to fame came about in the early 1970’s after buying the Formula One team, Brabham, turning them into a roaring success, before steamrollering his way to the top of the F1 leadership hierarchy, and gaining immensely lucrative TV rights for the sport. He ruled for almost 40 years, before being removed as its chief executive officer in 2017, following a takeover by American entertainment company Liberty Media in an $8 billion (£6.4 billion) deal.

Recently this contentious figure has been in the news for all the wrong reasons. Appearing on a UK chat show, and in a discussion about the Russian invasion of Ukraine, he angered a massive percentage of the population, who overwhelmingly support the Ukrainian people and condemn the Russian leadership for their actions, when he outrageously declared that he would happily “take a bullet” for the president Vladimir Putin. Adding that in his opinion, the Russian dictator was a “first class guy” and not deserving of the criticism he was receiving.

Worth an approximate £2.5bn, he has not been shy in making astonishing statements which have received little support and have seen him portrayed as a figure to be ridiculed and lambasted. Amongst his more shocking outbursts was one in which he appeared to praise Adolf Hitler for being “able to get things done” and in the wake of the murder of George Floyd in the United States and the subsequent Black Lives Matter movement, he sparked outrage by suggesting that “black people are more racist than what white people are.”

In May of this year he was arrested at Viracopos airport, close to Sao Paolo, Brazil, when an undocumented LW Seecamp .32 gun was found in his luggage during a routine screening, when he was about to board a private plane to Switzerland. The ex-Formula One tycoon accepted that the gun was his, but maintained that he was “not aware that it was in his bag.” He was removed from the airport and taken to a local police facility, where it is understood he paid bail, believed to be in the region of £1,000 to gain release and be allowed to continue his journey.

His September date in court will attract a huge media response, although given his age it seems unlikely that he will be given a custodial sentence; but much of that may well be dependent upon who presides over the case, and maybe if they have read some of Mr Ecclestone’s previously controversial comments.