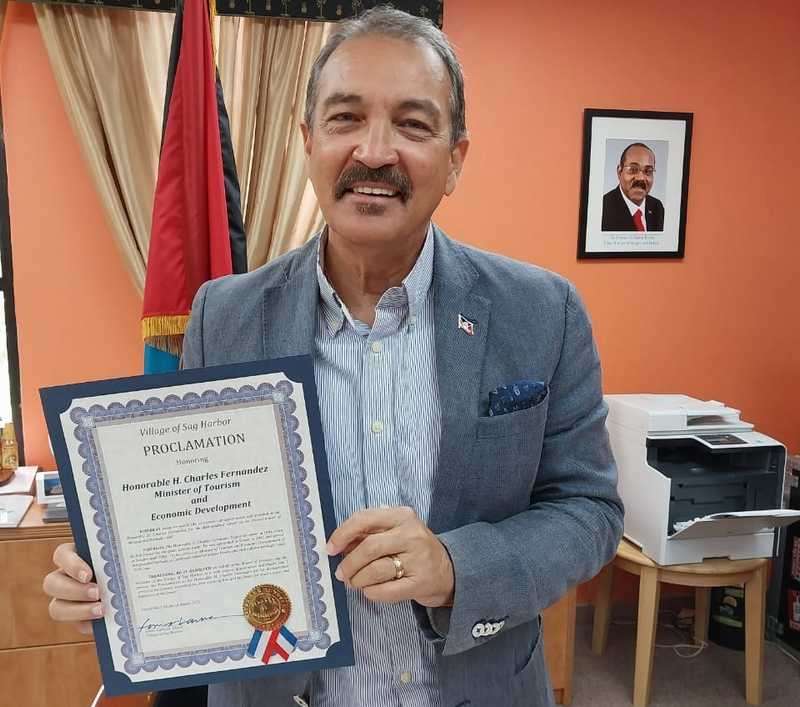 Antigua and Barbuda’s Tourism Minister Charles Max Fernandez were in for high praises from the Mayor of Sag Harbor in New York.

Fernandez received a proclamation of honor from James Larocca when he attended a series of events in New York recently.

Both Fernandez and Larocca were able to speak about several initiatives over breakfast and prospects for the twin-island nation, including future collaboration.

“I was surprised by this honor. This is to show that we have managed to interact very positively with the Mayor of Sag Habor. When we had discussions, I told him that the success we had in handling Covid 19 was led by Prime Minister Gaston Browne and he also decided to award the PM as well,” Fernandez told antigua.news.

Fernandez was awarded for his distinguished service to Antigua and Barbuda in his profession as a politician.