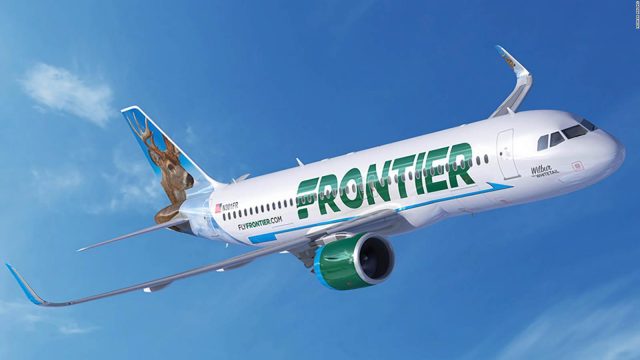 ​Just days after celebrating major achievements in its tourism arrival numbers, Antigua and Barbuda are reporting major disappointments with the cancellation of flights from Frontier Airlines.

The carrier which operated a once weekly flight to the twin island state from Orlando Florida has stopped its journey at least for now.

Tourism Minister Charles Fernandez told antigua.news on Tuesday afternoon that the airline broke the news this week, but they claimed the decision was temporary.

“Frontier notified us that they would be pulling their aircraft from Orlando to Antigua from September 5th. We are told that they are going to resume in November. One of the reasons that they gave us is that they are short of crew and as a result, a number of countries have been affected,” Fernandez said.

According to him, the carrier confirmed that it is its intention to return to the island and perhaps offer more flights to the country.

“They have told us that the Antigua route is successful for them. We are optimistic that they will return,” he added.

There have been comments and suggestions that the airline may have some concerns with the destination and operating at a loss.

However, Fernandez told our newsroom that there is nothing further from the truth.

In fact, he said the airline is quite pleased with the destination, saying “I’ve spoken to people way at the top and the rumors are not true”.

He said the hard truth is that people aren’t keen on traveling during the hurricane season and summer days are relatively very slow.

“I know there is a great demand in the US for travel and they would have to cut a number of places. The Caribbean, particularly Antigua and Barbuda have been known to have a very weak summer and so September is normally a pretty slow month. That would be an area they would look at and if there is a shortage of aircraft they would want to go where they can benefit,” he added.

The U.S.-based, low-cost carrier made its inaugural flight to Antigua on December 4.