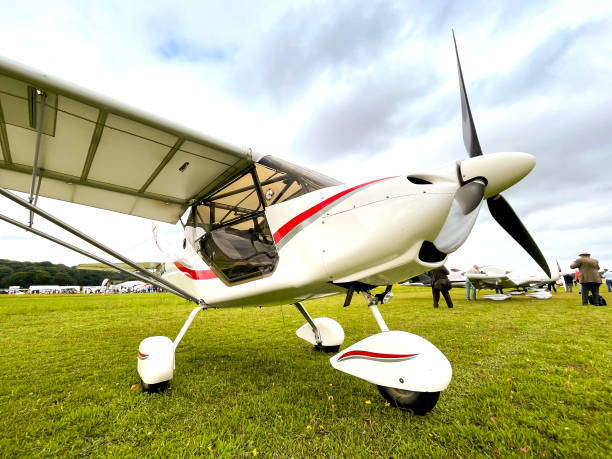 Sibling rivalries are common place in most households; petty bickering is a constant, as one tries to get the better of the other, but a brother and sister from Winchester, in the south of England have taken their competitiveness to the next level. Mack Rutherford, aged just 17 years and 64 days, became the youngest person to circumnavigate to globe solo in a small aircraft, when he touched down on 24 August, at a landing strip just west of Sofia, Bulgaria, the same location that he had left five months earlier. In doing so he beat the record set earlier this year by his sister Zara Rutherford, at the ripe old age of 19 years and 199 days, although she retains the record as the youngest female.

It was probably inevitable that he would become a pilot as he comes from a family of aviators. Not only his elder sister, but also his father Sam, who is a professional ferry pilot, and his mother Beatrice, who is a recreational private pilot. He holds both a British and Belgian passport from family background, and qualified for his license back in 2020, when aged just fifteen, making him the youngest pilot in the world, at that time. He had said he wanted to be a pilot since the age of three and stated that it was his big sister who gave him the inspiration to undertake the momentous trip.

Mack was like an excitable schoolboy before starting his journey… probably because, and hard as it is to believe, that is exactly what he was, and still is for that matter! He said: “I always knew I wanted to do something special in my life in aviation, but I wasn’t quite sure what exactly it was that I wanted to do. It was only when my sister flew around the world that I knew that this is precisely what I wanted.”

There were some specific locations he was especially keen to experience: “I am looking forward a lot to things like the Sahara Desert, the Congo rainforests and the Iranian mountains. I am really quite excited, but obviously I am quite nervous too, particularly for long overseas journeys.” He explained: “For one of my flights, I have to fly about eight hours over the ocean, and so if something was to go wrong there is would not be much I could do about it.” Before quickly and confidently stating: “But I trust in my aircraft, wholeheartedly.”

Whilst his father was all for Mack making the attempt, his mother needed much more persuading. She confessed: “I was full of reservations when he first told me what he wanted to do. I mean, flying around the world on his own at sixteen!” I said: ‘No way.’ I did not want to hear about it because I thought he was far too young.”

She did however soften and eventually change her mind, when he wrote her a letter outlining how it was his passion to set the record. No doubt still with uncertainty, she was convinced by the rest of the family to not stand in her ambitious son’s way. As a pilot herself, the one piece of advice she admitted giving to Mack was: “Always make sure he you are confident in your abilities before setting off. Never go into a take off if you do not feel confident, for whatever reason, don’t take chances.”

Just like his sister Zara did on her remarkable journey, Mack flew a small 717-pound Shark, a high-performance and one of the fastest ultralight aircraft in the world, with a cruising speed reaching 186 mph (300km/h). Normally a two-seater, it was modified for his long journey by replacing the second seat with an extra fuel tank.

He knew he would only be able to travel during daylight hours, and the limited size of his craft would force him to occasionally land, if the weather conditions got too dangerous. His solo trip flying around the world (it sounds so easy in a throw away sentence, but he was only 16!) was always going to start off in Bulgaria, because his sponsor, the web hosting company ICD Soft, has its headquarters in Sofia and more importantly… they loaned him the plane.

Initially it was planned to take up to around three months, but nothing was set in stone, after all there was no great rush. Eventually it would be a total of six months, with the need for several last minute adjustments to routes and unexpected obstacles, such as: sandstorms in Sudan, and extreme heat in Dubai, as well as frustrating airport closures in India.

Journey of a lifetime

As could probably be predicted the adventure turned out to be far from plain sailing, but it would appear that is probably just how he would have wanted it. That said, it seems that the majority of hold-ups were actually caused by waits to obtain permits and other documentation that would be necessary for onward flights, or having to alter the scheduled route, if they were rejected.

The flight took him through Africa visiting countries including Madagascar and Mauritius, then to the Gulf region, specifically Oman, before India, China, South Korea and Japan. He crossed the northern Pacific and landed after 10 uninterrupted hours in the air, on a volcanic island near the Bering Strait. From there, he headed to Alaska and down the West Coast of the United States to Mexico, before heading north again along the American East Coast, and on to Canada, then across the Atlantic Ocean to Europe, firstly stopping off at Iceland, then the UK, before completing his remarkable journey back in Bulgaria.

He encountered trouble shortly after reaching Casco Cove, an island of the Aleutian archipelago and the most challenging segment of his flight. Sudden strong headwinds forced Mack to land in Attu, an uninhabited island. He joked he was “Mackinson Crusoe” surrounded only by boarded-up buildings, battle relics and memorials. He described sleeping in an outbuilding whilst there as the “hairiest moment” of the entire trip. “After 10 hours flying, I arrived at this small island, it was starting to get dark, so I landed and it was quite low cloud, it was raining, there were no lights on the runway. If anything had gone wrong there I would be on my own, on that island, so really important that nothing went wrong. I managed to land reasonably and had to sleep in a small shed on the side of the runway, because it was completely abandoned and had been for over 10 years.”

Mack actually crossed the equator twice, which could have been really confusing as the average teenager and time are not a good mix, at the best times! However, he doesn’t give the impression of being an average teenager. He spoke of always having something to look at, which helped maintain his focus in low altitude flights, making special mention to the wildlife in national parks in Kenya, and the spectacular New York City skyline.

On Wednesday 24 August, after five long months away on his own, a huge crowd of people gathered at the Bulgarian air strip to welcome Mack Rutherford home, and to celebrate his incredible achievements, at such a young age. Among them was his Dad, Sam, who said: “I am extremely happy to have Mack home safe and proud of both of my children’s achievements.” He told the waiting press that such an event is “especially encouraging for children to follow their dreams” and just as importantly, “for parents to fully support them in their endeavours.”

Also there was his sister Zara, who had planted the seed for Mack to push ahead with what initially appeared to be a crazy idea. She confirmed that she had kept in close touch with her younger brother throughout his epic journey. “Whilst he was flying, I constantly tried to keep in touch and help him. Our parents called him every day, and I joined in those conversations. I gave him advice on the route, and on the flight, so that I could be useful to him.” Before adding how “proud” she was of him at having the courage to take on the challenge.

Zara could totally relate to Mack’s journey as she had been through much of the same, just last year. She too was nearly two months behind schedule, when she landed in Kortrijk-Wevelgem in Belgium, mainly due to adverse weather conditions. She spent a whole month stuck in Nome, Alaska, and then a further 41 days in Russia. I imagine she wouldn’t be so keen to do so now. Her home coming was quite a spectacle with four planes from the Belgian Red Devils aerobatic display team, accompanying her all the way into her landing.

The first aerial circumnavigation of the world was completed back in 1924 by four pilots from an eight-man team of the United States Army Air Service. It took the team 175 days, generally travelling in an east-to-west direction. Charles Kingsford Smith completed the first circumnavigation by monoplane as early as 1930, and then the first “true” circumnavigation by air, which included crossing the equator, in a journey spanning two years in total. How things have progressed.

Mack Rutherford took the male age record from Travis Ludlow, also of Britain, who was 18 years and 150 days old when he made a solo flight around the world last year.

The young Mr Rutherford is obviously made from sterner stuff than the average 16/17 year old, for many of whom just getting them to go around the shops is challenging enough, never mind around the world, on their own!

However, Mack, in the very philosophical and adult way in which he seems to approach life, gave an inspirational quote, which at a time when many young people are receiving examination results and possibly not getting the grades they had hoped for, might just convince them to continue trying. He said: “I hope my achievement will inspire other young people to pursue their dreams. Just follow those dreams, whatever they may be, no matter how old you are. Work hard and move forward to achieve your goals. You can achieve anything you want in this life if you truly believe in it.”