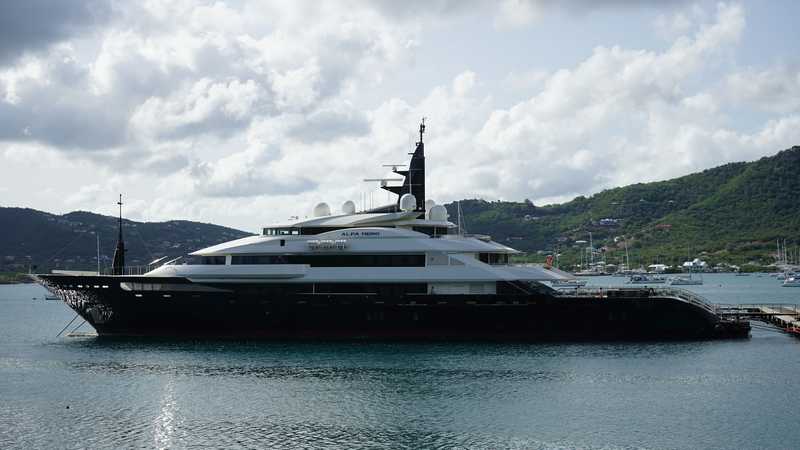 Antigua and Barbuda is not getting involved in any sanctioning or the auctioning of the Russian-owned Alfra Nero superyacht currently anchored in Falmouth Harbour.

Last week, the vessel was searched by law enforcement in St Johns following a request by the FBI in the United States.

The immigration department said at the time that the search was granted under an agreement called “Mutal Legal Assistance Treaty or MLAT.

Although the FBI was not allowed to search the vessel, they were given authority to witness the search conducted by local law enforcement personnel.

“The Antiguan government has taken a position that we cannot be involved in any sanctioning of these vessels and even conversion of these sanctioned vessels, as to what was done in Gibraltar,” governments spokesman Melford Nicholas told the media.

Furthermore, he believes that Gibaltar is a subordinate part of the UK and they can afford to take certain positions that Antigua and Barbuda cannot.

The yacht is owned by Russian national Andrey Guryev and both him and the vessel are on sanctions lists issued by the United States, United Kingdom, and European Union.

The Foreign Affairs Minister E.P Chet Green said just last week that the investigations following the search of the Alfa Nero are ongoing.

Green and his ministry however declined to give details saying that they needed to “maintain the integrity of the probe”.

According to reports from the international media, “Gibraltar officials have received 63 bids for the Axioma, in the first sale of an oligarch’s assets since Russia’s invasion of Ukraine”.

Following the Russian invasion of Ukraine, residents were advised by the Gaston Brown Antigua and Barbuda government not to transact any business with any persons, companies, or other entities, on these sanctions’ lists.

As a result, the Alfa Nero, was not provided with any fuel, except emergency supplies to keep it secure, preventing it from being able to leave the twin island nation.