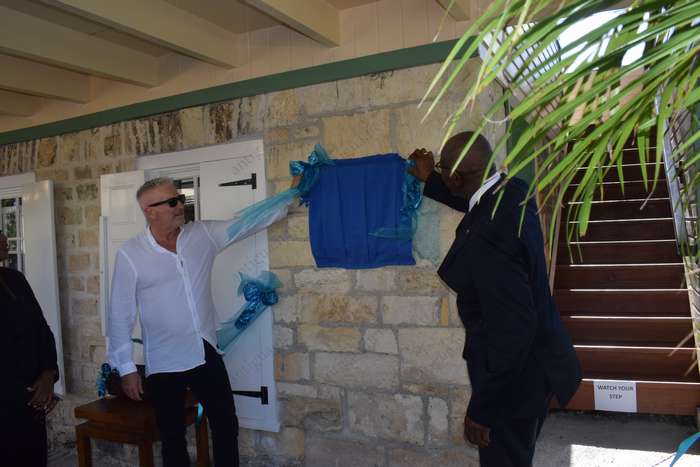 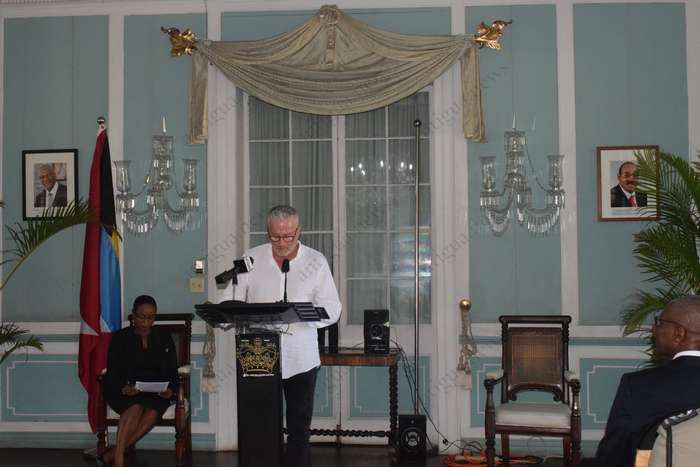 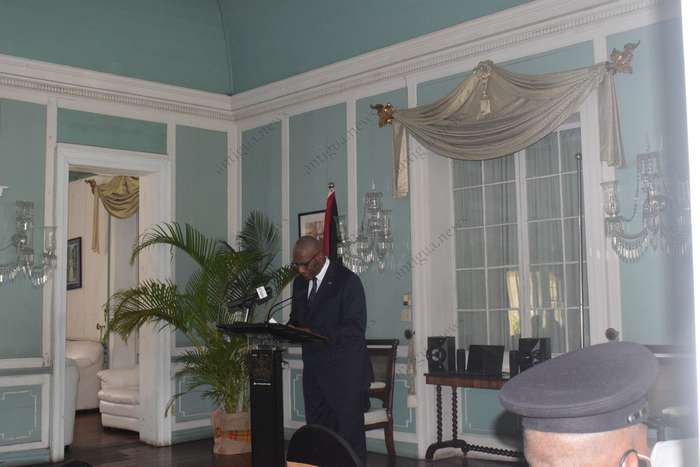 The preservation of historic buildings is on the front burner of the Governor General of Antigua and Barbuda. Sir Rodney Williams.

The West Wing, the most significant part, of the Government House project was unveiled over the weekend; a project funded by the Calvin Ayre Group.

Sir Rodney told those gathered at the handing-over ceremony that he was given an option to either demolish the building or refurbish it while keeping its historic components. He said he chose the latter.

He said the journey of Government House Restoration began in 2014 and from observation, it became clear that there was a need to restore the property to improve the environment.

“Additionally, we agreed that it was also very important to preserve part of our history so that present and future generations could have a historical laboratory for learning lessons from our challenging past and celebrating triumphant achievements for those who are not satisfied by the status quo,” Sir Rodney said.

According to him, while it is certainly natural to like new things and discard old things, there is a need to restore and preserve buildings instead of taking them down.

“When I assumed the position of Governor-General, I spoke to a friend of mine who offered me six million dollars to rebuild the building if I knocked it down…I decided to restore the building…” Sir Rodney explained.

He said historic infrastructure serves as physical reminders of what came before us and helps to create a sense of cultural identity.

“Historical buildings such as the Government House and the nearby St Johns Cathedral provide opportunities for us to study the past and make sense of the communities that came before us…Old buildings have unique characteristics that will be difficult to replicate…Authentic restoration provides a different experience…,” he said.

According to him, the Government House still has some elements from its original construction and one cannot ask for more authenticity.

“Preserving historic buildings act as teaching resources for architects, contractors, trade persons as well as students and the public at large. Think of all the tangle education that would be lost if historic buildings were demolished instead of being restored,” Sir Rodney added.

Meanwhile, Chairman of the Calvin Ayre Group, Ambassador Calvin Ayre said it is important for any nation to preserve its historical sites, as these serve as a benchmark of the development of a nation and its people.

“Such preservations allow the children of the nation to acquire a full appreciation of the struggle of their four fathers from slavery to emancipation in 1834 and from emancipation to independence in 1981 and I am sure this will continue as Antigua and Barbuda proceeds along the path from infancy to maturity,” Ayre said.

Work on the refurbishment of the West Wing started in April 2019 and Ayre said it has been an interesting journey.