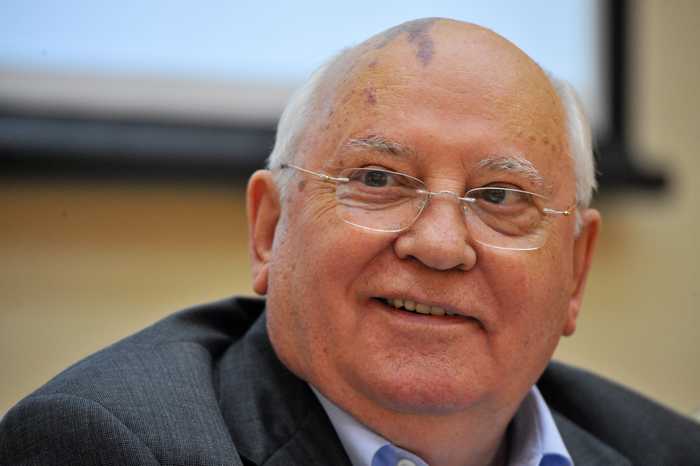 Mikhail Gorbachev, the former leader of the Soviet Union, who brought the Cold War to a peaceful conclusion, has died at the age of 91. His death was announced on Tuesday 30 August by Russia’s state news agencies. The reports said he had died after an unspecified “long and grave illness. It was known that in recent years, his health had been in decline and he had been in and out of hospital. In June of this year, international media reported that he had been admitted to hospital after suffering from a kidney ailment. The actual cause of death has not yet been announced.

He will be buried in Moscow’s Novodevichy cemetery, the resting place of many prominent Russians. However, it is not thought that he will be granted a state funeral, which is usually organised for former leaders. A spokesperson for the Kremlin said earlier today that a “decision had not yet been made.” Also adding: “it wasn’t clear whether President Vladimir Putin would attend the funeral, whenever it might be.”

He was born, Mikhail Sergeyevich Gorbachev on 2 March 1931, in the Stavropol region of southern Russia. His parents were farmers and in his teens he used to operate combine harvesters on the farm. By the time he graduated from Moscow State University in 1955, he was already an active member of the Communist Party. On his return to his home region, along with his new wife Raisa, he began a rapid rise through the party structure. By 1961 he was regional secretary of the Young Communist League and had become a delegate to the Party Congress. He continued to rise over the next decades. It was in 1984 during a trip to London that he met the then Prime Minister Margaret Thatcher, and made a very good first impression. In an interview at the time she said she was: “optimistic about future relations with the USSR. I really like Mr Gorbachev, I think we can do business together.”

He became general secretary of the Soviet Communist Party, and de facto leader of the country, in 1985. At the time, he was 54, making him the youngest member of the ruling council, known as the Politburo, and was seen many many as the “breath of fresh air” the country needed at that time. His predecessor, Konstantin Chernenko, had died aged 73 after just over a year in office.

Very few leaders in the 20th century, had such a profound effect on their time as Mr Gorbachev did. After taking power in 1985, he introduced reforms, and literally opened up the Soviet Union to the rest of the world. In little more than six  years, he completely lifted the Iron Curtain, which had seemed unthinkable and impossible right up to when it actually happened. In doing so he decisively altered the political climate of the entire world. It was not his intention to neutralise the Soviet empire, but within five years of coming to power he had presided over the termination of the Union of Soviet Socialist Republics.

Not only that, he also ended the Soviet fiasco in Afghanistan, then in an incredible five months in 1989, he stood by as the Communist system imploded all the way from the Baltic States of Latvia, Lithuania, and Estonia across to the Balkans, into countries already weakened by widespread corruption and moribund economies, creating a roller-coaster effect that spread to Russia’s Warsaw Pact allies.

It set, in motion a series of revolutionary changes that transformed the map of Europe and ended the Cold War that had threatened the world with nuclear annihilation. It culminated on 9 November 1989 when, following mass demonstrations, the citizens of East Germany, the most hard-line of all of the Soviet satellite states, were allowed to cross freely into West Berlin. Mr Gorbachev’s reaction was not to send in tanks, which all previous leaders would have done. Instead he announced that reunification of Germany was “an internal German affair.”

His policies of perestroika and glasnost, or openness, allowed people to criticise the government in a way which had been previously unimaginable and frankly impossible. However, by August 1991 the communist old guard in Moscow had had enough. They staged a military coup and Mr Gorbachev was arrested whilst on holiday at a Black Sea resort. The Moscow party boss, Boris Yeltsin, seized his chance, ending the coup, arresting the demonstrators, but also stripping Gorbachev of almost all his political power, in return for his freedom. Barely six months later, Gorbachev had gone for good. The Communist Party itself was outlawed and Russia set off on a new, and very uncertain, future.

Mr Gorbachev’s maintained right to the end that he was right to end the totalitarian system and the Cold War, and reduce nuclear weapons. Many Russians however, see his actions as being a disaster for the country. Although a pragmatic and rational politician, Mikhail Gorbachev failed to realise that it was impossible to bring in his reforms without destroying a centralised communist system that millions in the USSR and beyond no longer wanted. He did not start out with the intension of allowing the Soviet Union to collapse, it was very much accidental rather than design. Forces were released that he simply could not control.

On hearing of the death Vladimir Putin expressed “his deepest condolences” and announced he would be sending a telegram to his family and friends.” He spoke of Mr Gorbachev’s having a “massive impact on world history, but accused him of having misplaced romanticism”.” The two men however, had a deep distrust of one another. Mr Putin described the dissolution of the Soviet Union as the “greatest catastrophe of the 20th century”. He saw it as giving away an empire allowing a country that he believes is destined for greatness, to be humiliated by the West. Mr Gorbachev considered the invasion of Ukraine a betrayal of his past reforms.

China’s reaction was predictably subdued. An outlet there gave a scathing assessment by “Chinese observers” saying that Mr Gorbachev was “naive, immature and blindly worshipped the western system.” Adding: “He led the USSR to lose its independence and remains a major lesson for China’s own governance. During the period he was in the office as the top leader of the USSR, he made severe mistakes in judging both domestic and international situations, and the facts proved that the policies rolled out were catastrophic to the Russians.”

Popular in the west

Mr Gorbachev was of course far more popular outside of Russia and China. He is acknowledged as an architect of reform who created the conditions for the end of the Cold War, making him a hugely respected man in the West particularly, and tributes have been pouring in following his death:

UK Prime Minister Boris Johnson said: “Mikhail Gorbachev is one of those people who changed the world and unquestionably changed it for the better. When you look at what he did to make Europe whole, free, to give freedom to the countries of the former Soviet Union – it was quite an extraordinary thing. And of course, Mikhail Gorbachev is one of those people who triggered a change, a series of changes, that perhaps he didn’t anticipate. Maybe he paid his own political price for it but when history is written, he will be, I think, one of the authors of fantastic change for the better in the world.”

Before adding: “And what I worry about today is that the current leadership in Moscow is intent on undoing the good of Mikhail Gorbachev, and is intent on a revanchist attempt, a revenge driven attempt, to recreate that Soviet empire, and you are seeing that in Ukraine, and that is the tragedy, something that Mr Gorbachev would have thought was absolutely unthinkable, and unwarranted.”

US President Joe Biden called him a “rare leader” and praised him as a unique politician who had the “imagination to see that a different future was possible” amid the tensions of the Cold War.

European Commission President Ursula von der Leyen praised him as a “trusted and respected leader who opened the way for a free Europe; which is a legacy that no one will forget.”

Sir John Major, who was Prime Minister of the UK from 1990 to 1997, said: “Mikhail Gorbachev was the most remarkable figure in post-war Russia, and was instrumental in bringing the Cold War to a close. At the moment it was needed, he acted and spoke for peace, and stood on the right side of history.”

Opinion is certainly divided. He was certainly not well respected in his own country, but in the west he created an image for himself which gave him almost pop star status. He would carry out western style “walk-about’s”, something unheard of in Russia. He was a warm hearted character, again not something associated with a Russian leader as a rule.

This was the man who charmed Mrs Thatcher, not an easy task. This was the leader who refused intervene when the Berlin Wall came crashing down to effectively end the Cold War, dismantling the USSR along the way and for many, letting a super power slip away. He did however, strike a chord with millions around world, he may have had some flaws, but essentially he was sincere in his desire to make the world a better place.

Mikhail Gorbachev was awarded the Nobel Peace Prize in 1990 “for the leading role he played in the radical changes in East-West relations.”