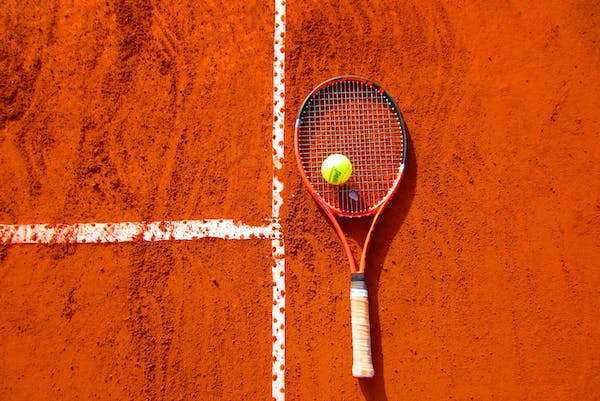 What a difference a year makes. 12 months on from her sensational US open win, Emma Raducanu crashed out of this years’ tournament at the first time of asking, losing in straight sets to Alize Cornet of France.

It is a stark contrast to her remarkable run in 2021, when she became the first British woman to win a Grand Slam singles title since 1977, at the age of just 18. She immediately became the new British No one, and claimed the $2.5m winner’s cheque in what was just her fourth senior tournament. Along the way she did not drop a single set in her three matches of qualifying, and seven in the main draw contests.

A very different Raducanu turned up at Flushing Meadows for this match, with the burden of the number 11 seed on her shoulders, compared to last year when she was ranked down at 150. She was soundly beaten by the experienced Cornet, who won 6-3 6-3, in next to no time. The defeat will see her fall down the rankings after losing the points she earned with the title last year, possibly to as low as 80.

Not really a surprise

The plucky teenager has found her full-time transition to the WTA Tour a challenging one, with inconsistency littering her results, not helped by a string of niggling injuries. So, whilst witnessing the defending champion being knocked out early is something of a shock, it is hardly a surprise.

Even her build-up to the US Open was not without problems. A poor practice session on Friday was described as “one of those bad days”, although she played down the significance of a wrist injury that needed treatment.

Having to play against Cornet in the opening round, a tricky and gifted player, with some notable results at the previous tournaments, was about as tough a draw as it could have been for the young Brit. Cornet, although now approaching the end of her career at 32, is ranked 40th in the world and only narrowly missed out on being seeded here. At Wimbledon she ended world number one Iga Swiatek’s 37-match winning run, and she also reached the quarter-finals of the Australian Open at the start of what could be her final year as a professional.

Never really in the match

A warm ovation greeted Raducanu’s arrival for Tuesday’s game at the Louis Armstrong Stadium, despite the match being far from a sell-out, and she was given plenty of vocal support throughout the contest. A gusty wind whipping around the court made conditions tricky for both players, with Raducanu especially struggling on service and also to failing to find a consistent rhythm in her ground strokes. Spraying wayward returns from both sides, Raducanu fell 4-2 behind in the opener and, after breaking back, threw in another poor service game for 5-3, to allow Cornet to take the opener.

She showed fight and determination throughout the first set and at the start of the second, but faded as Cornet’s relentless resistance wore her down, even after a flurry of double faults by her opponent allowed her to move 3-1 ahead. Many of the American fans leapt to their feet, showing their support for the Briton, but the atmosphere quickly dampened as Cornet rediscovered her timing to swing the match back in her favour. There were the odd signs of quality in game of last year’s champion, as she traded blows with Cornet, but in reality, she made too many mistakes against an opponent simply in much better form. Raducanu had her service broken seven times and an overall tally of 31 unforced errors, illustrated her current form.

“This one obviously hurts a bit because it is my favourite tournament and there are a lot of emotions in the past year, I am proud for putting myself out there every match, every day, knowing I am pushing myself to be the best I can be”, she said.

“The way that the conditions were, it was quite difficult because the ball was moving around for me to really swing, and Alize’s defence was pretty good. Like, I thought she was just scrapping everything back. There were junk balls in the middle of the court. With the wind blowing around, it was really difficult. She just kept getting it back.”

She explained her hand problem was not a contributory factor: “I have been getting some blisters throughout the weeks in the States. But I think that is just down to humidity and stuff,”She experienced similar during her Australian Open defeat in January: “You tape it up and move on it. It’s a blister. Not much you can do about it.”

Despite the “disappointing” defeat, she hopes she can build firmer foundations in what is still her first full season on the WTA Tour and come back even stronger. “In a way the target will be off my back slightly.” she said. “I just have another chance to claw my way back up there.”

The defeat by Cornet was her 16th defeat in 29 matches this season, which is not a bad record for someone of her age and experience, and her recent victories over former world number ones Serena Williams and Victoria Azarenka in Cincinnati earlier this month, were definite positives.

Drop down the rankings

Dropping down the rankings means she will miss out on seeding’s at the majors and will get fewer direct entries to bigger WTA tournaments. “Losing is obviously really disappointing, really sad to leave here. It is probably my favourite tournament,” Raducanu said. “But also I am in a way happy because it is a clean slate. I am going to drop down the rankings. Climb my way back up. “I have been doing some really good work in the last six weeks especially. I am looking forward to kind of putting more of those weeks together consistently, then we will see what happens.”

Cornet said in her on-court interview: “I am so tired. I am sorry guys I know you really like Emma; she is a great player and a great person and I am sorry I beat her tonight. I was getting tired from the second set but I hung in there. You know I like the drop shots. I think my game at the net was pretty good too. I think it was a bit of everything, I did a bit of variation and that is what worked tonight.”

She continued: “I think I am handling my emotions better, I am just getting old. I am really happy because it shows in my results. I am 32 and it is better late than never. It was very important to have my best friends and boyfriend by my side, I couldn’t do it without them.”

It is easy to forget the teen sensation of last year had actually played only three professional tournaments before her US Open win and the effect that a first full season on the demanding WTA Tour must have had on the youngster should not be played down.

Losing in the first round in New York will see her drop to out of the top rankings and possibly out of the limelight too, which would not be a bad thing. It might allow her to develop her game away from expectation, and come back far stronger and continue what is sure to be an amazing career, with some solid foundations behind her as support.