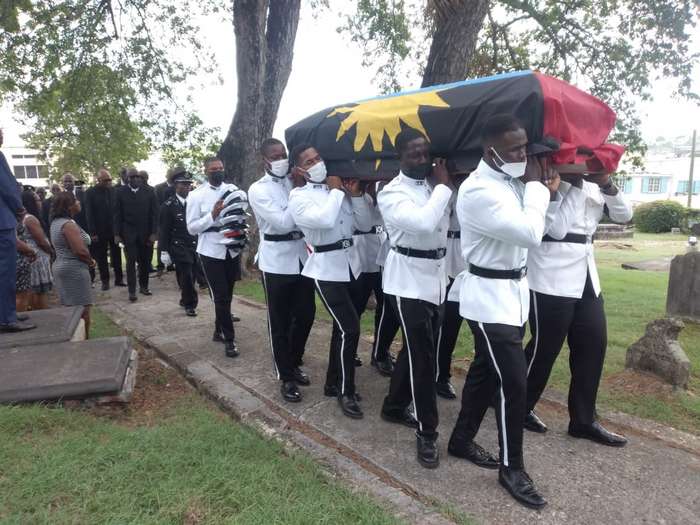 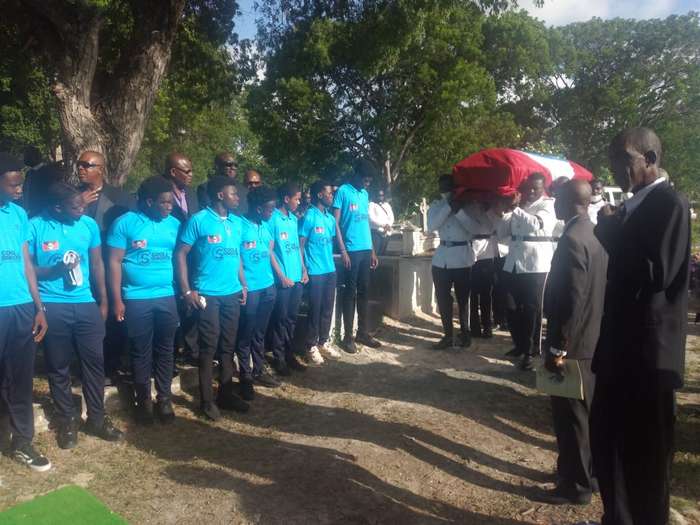 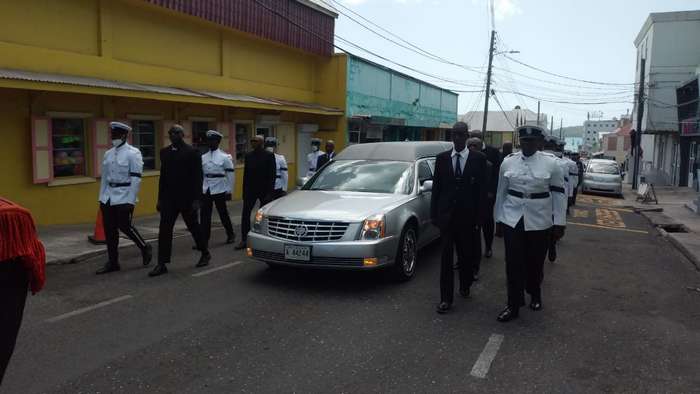 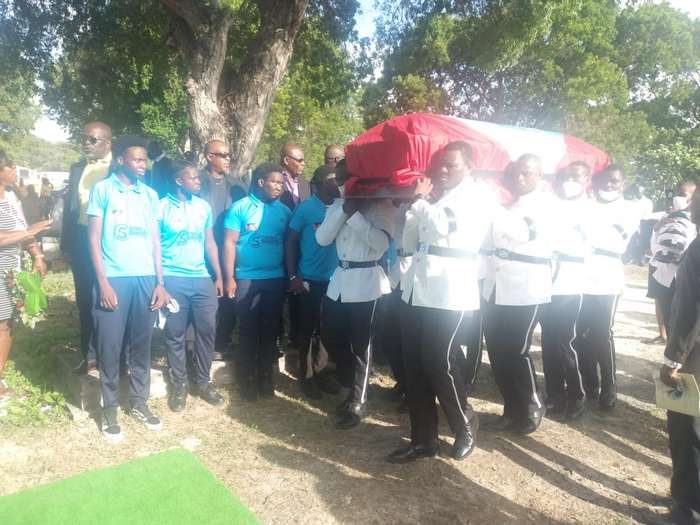 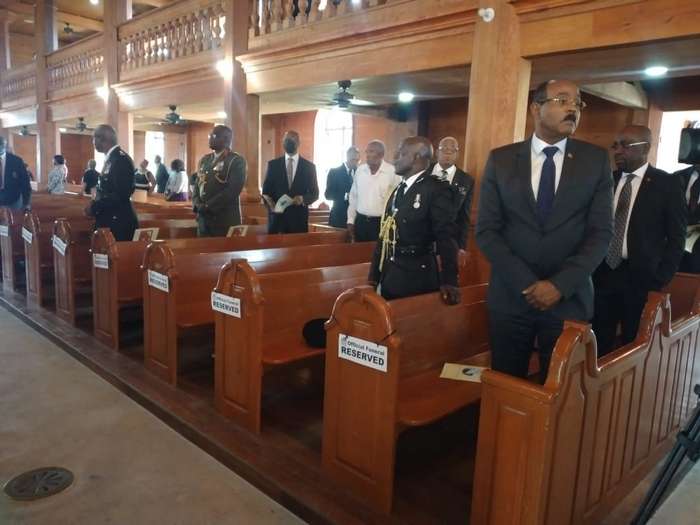 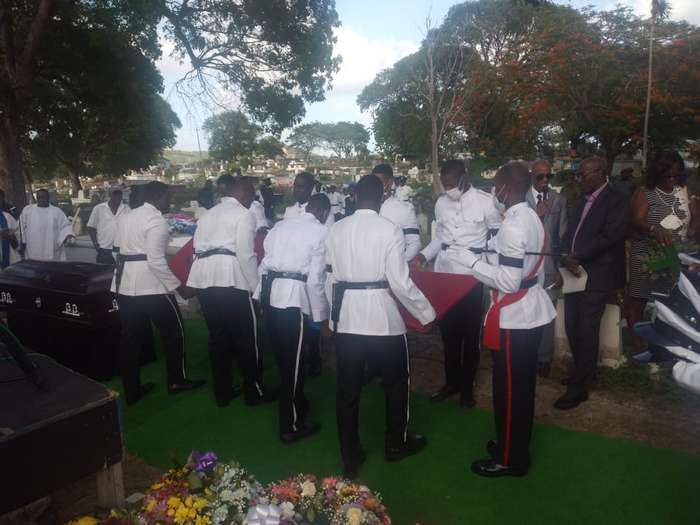 The nation of Antigua and Barbuda on Wednesday afternoon bid official farewell to the late Patrick “Pat” Whyte.

Pat as he was affectionately known was given an official funeral by the government.

He was the former sports administrator and a former head of the ministry’s sports department.

“I am convinced that the legend we are celebrating today has distinguished himself from many of his peers over many years.  Mr. Whyte’s vision played a major role in the development and recognition of scores of athletes in Antigua and Barbuda. Perhaps the greatest manifestation of his sporting genius was the role he played in introducing to the word Sir Vivian Richards,” Mathew said.

The Sports Minister said Whyte, who came from a small village somehow was able to overcome the challenges of his generation simply by doing what he loved.

Meanwhile, Mathew also announced the government’s intentions to place a mural of Pat at the walls of the YASCO grounds with immediate effect.

Whyte, who was 77, died on August 09th. Among his achievements was his role in spearheading the formation and introduction of the National Sports Awards which, today, is used to honor and reward top national athletes on an annual basis in Antigua

Whyte was also instrumental in getting the Antigua Recreation Grounds (ARG) ready ahead of the country’s hosting of its first Test in 1981.

Former fast bowler and the first Antiguan to play for the West Indies, Sir Andy Roberts,

Whyte also served as a cricket umpire and commentator for a period spanning the 70s, 80s, and 90s.