Canada: Two Suspects on the Run after Stabbing 10 people to death and injuring 15 others 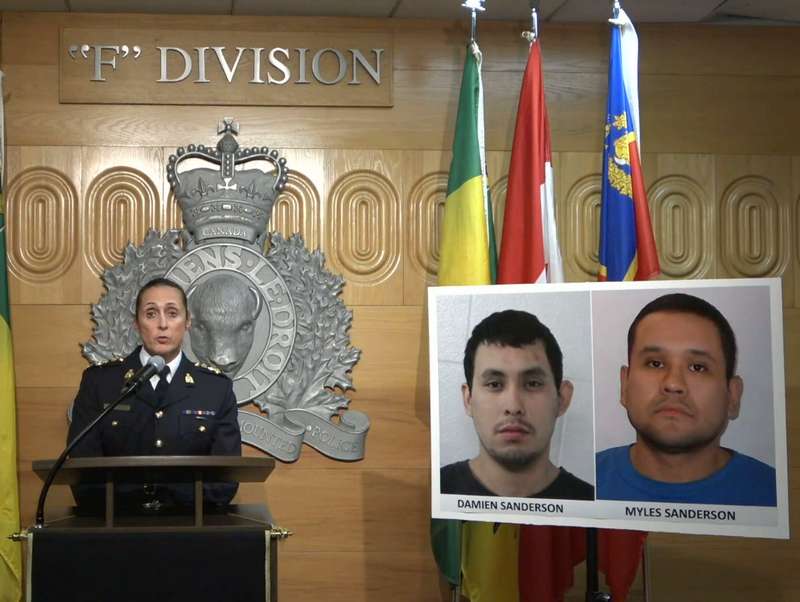 The Police in Canada are currently searching for two men suspected to have killed at least ten people and injured 15 others in a series of stabbing attacks. The incidents happened in Canada’s central Saskatchewan province.

“The attacks in Saskatchewan today are horrific and heartbreaking. I’m thinking of those who have lost a loved one and of those who were injured,” Justin tweeted.

“We are closely monitoring the situation, and urge everyone to follow updates from local authorities. Thank you to all the brave first responders for their efforts on the ground,” he added.

The police said the victims of the attacks were found in 13 locations, including in James Smith Cree Nation, and Weldon.

They also revealed the identity of the two suspects as Damien Sanderson, 31, and Myles Sanderson, 30, and warned citizens to stay safe and report any suspected movement to the officials immediately.

“We are taking all steps possible to track these individuals,” said Assistant Commissioner of Police Rhonda Blackmore, adding that some victims were targeted, while others were random.

“Our thoughts are with the many victims deceased and injured, their family, friends, and community. It is horrific what has occurred in our province today,” she continued. “It is certainly a very significant event, if not the largest we’ve seen in the last number of years.

Ms. Rhonda also sent a message the suspects, asking them to turn themselves in. She said: “If Damien and Myles are listening or receive this information, I would ask that they turn themselves into police immediately.”

Minister of Public Safety, Marco Mendicino, has called on residents of Saskatchewan to stay safe while the Police perform their duty.

“To everyone in Saskatchewan, especially those in proximity to the James Smith Cree First Nation area, please shelter in place and stay safe,” the minister said.

Scott Moe, Premier of Saskatchewan had also described the attacks as horrific. In a statement on social media, he said: “I want to offer my deepest condolences on behalf of the government and people of Saskatchewan to all of the family and friends of the victims of today’s horrific attacks.”

At the time of this report, police had publicized the pictures of the two suspects and had extended the search for the men to neighboring Manitoba and Alberta. But they were still on the run.