ABWU Boss Not Letting Up: “We Must Discuss Workers Plight” 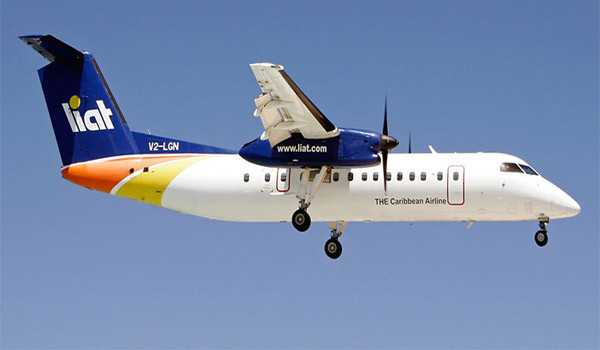 ​General Secretary of the Antigua and Barbuda Workers Union David Massiah is giving LIAT’s administrator Cleveland Seaforth yet another timeline to respond to a request to have discussions about the plight of former workers of the cash-strapped carrier.

Massiah wrote a second letter to Seaforth, literally pleading with him to have a sit down with the union about the workers, who have been on the breadline for over two years since LIAT went under.

“We continue to say that there is a moral obligation on the part of the administrator and also the government to settle the severance and other payments of all LIAT workers throughout each Caribbean Island,” he said

Massiah said Seaforth silence on the matter is not acceptable and the union will not let up.

“He has the right to keep us advised. He was appointed administrator in July 2020 which was expected to expire in four months. But he continues to be here. LIAT continues to operate however small or in a reduced format and people who have kept it afloat for over fifty years have not received anything…,” Massiah said

Seaforth has yet to reply to the union’s second letter of invitation.

“If it was a private entity, the law of the land must prevail. I am appealing to the government, whether they don’t feel they have a legal obligation to deal with anything, there’s a moral obligation to deal with it, Mr. prime minister and Mr. administrator to advise the union and their workers as to what the administration process has yielded thus far. We are still in the dark,” Massiah added

When LIAT shareholder governments met last month, the issue of severance did not come up for discussion.

Massiah said that is not just gross disrespect, but it shows that these government heads care little about people.

“It is a shame that these heads could have met and don’t think about these people who they are going to call upon to vote for them to keep or to put them in power. To think that they don’t have a right for these people to get their severance is just unacceptable,” Massiah said.

According to reports, ex-LIAT workers are nearly EC$120 million in severance and other payments and it is unlikely that these men and women will be paid in full.

LIAT shareholders have decided to liquidate LIAT 1974 Ltd and set up a new entity named LIAT 2020, which makes severance questionable.

LIAT, is owned by the governments of Antigua and Barbuda, Barbados, Dominica, and St Vincent, and the Grenadines, and some shareholders have made efforts to support the employees based in their respective countries, whether through financial or social assistance.

Late last year December, the Antigua and Barbuda government dispatched EC$2 million as a “compassionate payment” to the former employees and up till now, only a small fraction of that money was collected. There is still over $1.6M to be collected.