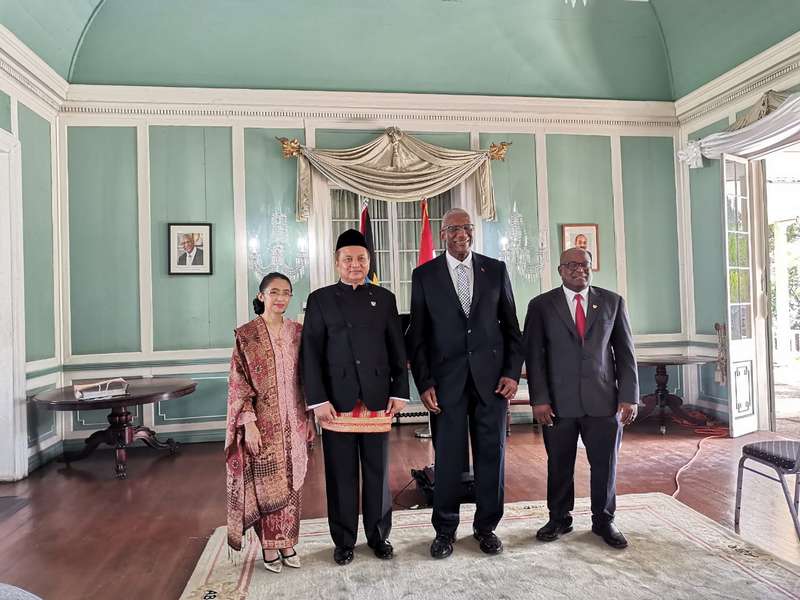 The Ambassador-Designate of the Republic of Indonesia is on a three-day visit to Antigua and Barbuda familiarizing himself with officials and presenting his credentials to the Governor General.

They were met by an official of the Ministry of Foreign Affairs and are accommodated at Siboney Beach Club, Dickenson Bay.

He also met with Prime Minister Gaston Browne today Monday and paid a courtesy call on Her Excellency Maria Fiffe Cabreja, Ambassador of the Republic of Cuba in Antigua and Barbuda and Dean of the Diplomatic Corps, at the Cuban Embassy, Blue Waters Drive

He will leave the island on Tuesday.