Antigua and Barbuda launch a major campaign in the UK 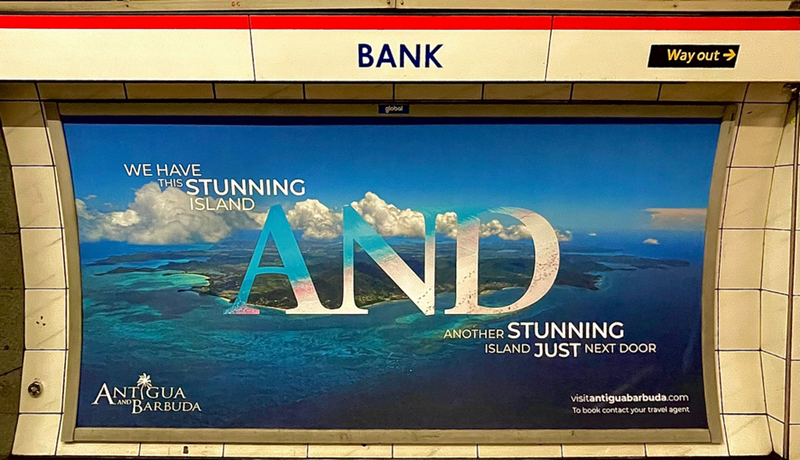 A major tourism campaign has been launched in the UK and the Antigua and Barbuda Tourism Authority said they are hoping to capture the hearts and minds ahead of the winter sun period and 2023.

The campaign was launched across multiple media outlets including radio, print, and the London underground.

“The new campaign features advertising displays that will promote Antigua and Barbuda at several prominent London tube stations including King’s Cross St Pancras, Liverpool Street, Bond Street, Bank, Green Park, and Waterloo. These advertisements will be shown for two weeks from August 29,” according to the statement from tourism officials.

There is expected to be an eight-week radio advertising campaign running across commercial radio stations broadcasting in the Greater London area, including Heart, Capital FM, and multiple Podcasts, plus an advertorial feature in the September 11 print edition of The Times.

“The Antigua and Barbuda Tourism Authority are also sponsoring the Island Mas at Notting Hill Carnival. To support the advertising, the UK team’s recently launched travel trade booking initiative is underway in conjunction with Elite Island Resorts. The incentive offers UK travel agents to win a place on a mega fam trip for bookings made until the end of October,” the statement said.

Cherrie Osborne, UK & Europe Director of Tourism for the Antigua and Barbuda Tourism Authority said tourism officials were delighted to share details of its most recent advertising campaign which they are hoping will stimulate some last-minute late summer/autumn bookings as well as gear the destination up for winter and 2023.

“Antigua and Barbuda have remained visible to the consumer this year and we are excited that we can continue this momentum by keeping the brand visible to those living and visiting London, whether using the underground or listening to the radio and will reach audiences across the UK through our print media partnerships planned,” Osborne said.