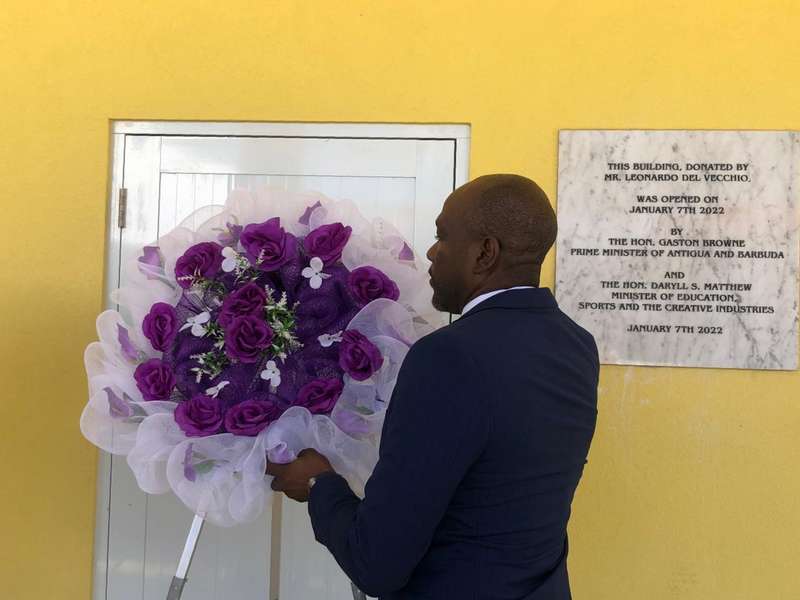 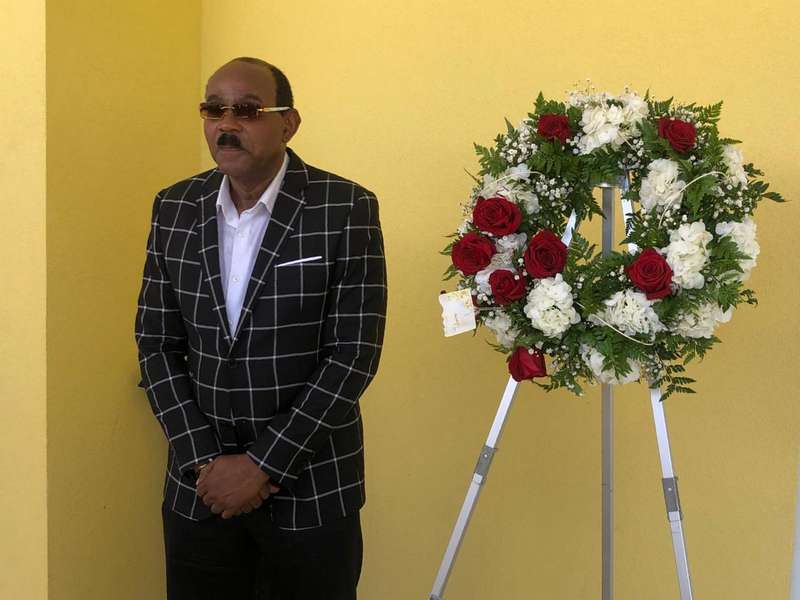 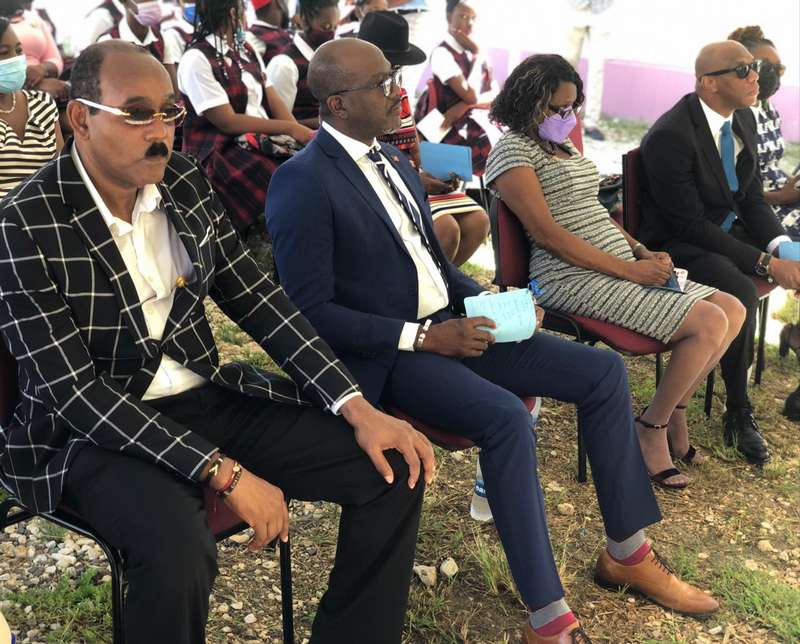 Prime Minister Gaston Browne wore black and white to show his bereavement over the death of Leonard Del Vecchio, a successful Italian businessman who pumped millions into the education sector in Antigua and Barbuda.

Del Vecchio died on June 27th. He was the founder and chairman of Luxottica,] the world’s largest producer and retailer of glasses and frames.

At the time of his death, his net worth was estimated at US$24.1 billion, the second richest person in Italy, and 54th in the world.

The government held a wreath-laying ceremony in his honor on Monday, to show appreciation for his involvement in the construction of the fifth form and physical education block of the Sir Novelle Richards Academy. That project cost a whopping 4 million dollars.

Education Minister Daryll Mathew said the school will continue to be a center of excellence for education.

“To the family of Del Vecchio, we wish to thank you and applaud you and we wish to celebrate the life of this great man with you. When you invest in education you invest in a country and when you invest in a school by building an institution such as this, you sir have achieved immortality in the minds, hearts, and souls of all of those who pass through these halls,” Mathew said.

“His death was very unfortunate. When we met in January this year that Del Vecchio, though advanced in age looked very well. It just reminds all of us about our mortality. I did not have expected that we would be back here several months to pay tribute to him,” Browne said.

Del Vecchio owned a home at Jumby Bay and had an abiding love for the people of the small island state.