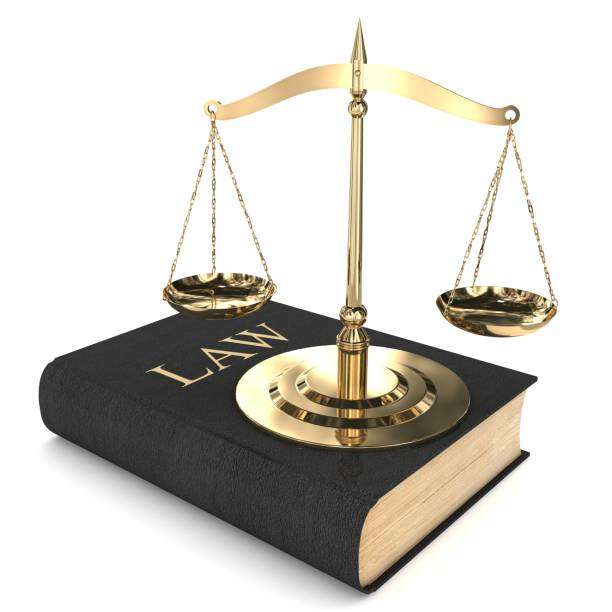 The Criminal Bar Association (CBA) in England and Wales began an indefinite strike from Monday 5 September, which will, they say, be “uninterrupted weeks of action” as a response to the government’s refusal to improve on their 15% pay offer, on criminal legal aid. This is an escalation of the CBA’s on-going protest, which will inevitably worsen existing court delays, with tens of thousands of cases already waiting to go to trial, and this could well bring the criminal justice system to a complete standstill.

What do the CBA want?

The CBA have put forward a very good case for a 25% rise in all legal aid fees for representing defendants, who it is accepted, would not otherwise be able to afford the costs of having such representation. The government proposal of a 15% rise from the end of September has been rejected because amongst other things, it would not kick in soon enough, or apply to existing cases.

The CBA say the criminal justice system has been run down by years of underfunding, with some junior barristers making less than the hourly minimum wage in the UK, and figures confirm that in advance of a quarter of these hopefuls, have been forced to leave the profession, during the last five years. Indeed, scheduled trials back this up, as in the first three months of this year, there were 370 which defendants, victims, and witnesses had fully prepared for, only to have them cancelled on or near the day, due to a shortage of lawyers on both the prosecution and defence sides.

What had been happening?

Beginning in April 2022, hundreds of barristers had been adopting a “no returns” policy, which was increased in June to include days where there were court walk-outs, and a refusal to take on any new instructions. Then in August they stepped things up further by staging week-long strikes on alternate weeks.

They not only were pushing for a 25% increase on legal aid funding, but also general pay improvements, and better working conditions too. Barristers are now expected to hold a series of rallies in support of the strike beginning on Tuesday 6 September, with gatherings outside the Supreme Court in London and at court buildings in other major UK cities, such as: Cardiff, Manchester, Birmingham, Bristol and Leeds.

Differing opinions from both sides

Justice Minister Sarah Dines has called the escalation to an all-out strike “an irresponsible decision that will only see more victims face further delays and distress.” However, Kirsty Brimelow, who chairs the CBA, countered: “This is an attempt to hold up the criminal justice system from complete collapse. Barristers have stopped soldiering on through downtrodden courts.”

She went on to call for proper investment in barristers who “deliver the justice”, adding: “This is not a ‘world-class justice system’, as set out as the vision of the Ministry of Justice. It is not even a functioning justice system. Quite simply, this strike has been years in the making. Barristers have had to endure collapses in their income and cuts and underfunding, so that their income has decreased over 28% since around 2006. The remedy is for an injection of money into the backlog of cases, which currently stands at 60,000 plus, which will cost the government only £1.1m per month; currently, it is costing much more for the courts to sit silent and empty.”

So how much do criminal lawyers earn?

TV dramas can create something of an illusion that criminal barristers are very well-paid, but this for many is well wide of the mark. Lawyers working in areas such as private corporate law, can indeed expect to earn handsome salaries, in excess of £100k per annum, in most cases.

For Criminal Barristers however, the average earnings for the profession at the start of the decade was in the region of £78,000 per year, but that is at the top end of the scale. Additionally, they are in effect, self-employed, so they have to find their own expenses each and every day, meaning that once those costs are deducted, that immediately brings that salary down to a range between £55,000 and £63,000.

For a new criminal barrister, it can be as little as £9,000 a year earned once personal expenditure, including transport, is factored in, and then extra time spend preparing cases is also added, the hourly earnings fall considerably below the national minimum wage.

One striking barrister said he earns so little that he has been forced to move back in with his parents, at 41 years of age. Curtis Dean Myrie, from Wolverhampton, said the rising cost of living meant he could not afford to live independently any more. “Based on my earnings and the rising cost of living, I am going to have to cut out everything other than the basics, and I have to live back at my old family home in order to just survive. I cannot think about going anywhere on holiday, I cannot save, I have had to cut out all non-essentials in my life.”

During the pandemic, the CBA reported 83% of criminal barristers faced personal debt. Mr Myrie said. “Typically, you can be working the whole day. Preparing before you go to court, carrying out the actual work in court, and then preparing in the evening for the next day that comes. You can be involved in work for at least 12 hours a day. Most likely an awful lot longer; so fifteen per cent does not really cover the amount of investment that is actually needed.”

Some alarming figures released certainly back the argument of the striking barristers. At the end of June the courts backlog in England and Wales stood at 58,973 cases, having almost doubled since 2019. According to Ministry of Justice figures, 6,235 court hearings were disrupted by the strikes between 27 June and 5 August, including 1,415 trials. One of the key sticking points is the call for a rise to also be committed to on-going cases. The Ministry of Justice rejected this saying: “Applying the rise to existing cases would cost a disproportionate amount of taxpayers’ money.”

Provisory plans, admittedly only very speculative, to try and broker a deal behind the scenes failed almost immediately, probably in the main because there is absolutely no trust between those in the profession, and the government ministers.

Labour leader Sir Keir Starmer, who himself is a former barrister so can speak with some authority, said: “The government is doing absolutely nothing to resolve all the current industrial disputes, especially those with criminal barristers. I quite understand, whether it is barristers or others industries, why and how people are struggling to make ends meet.”

Michelle Heeley, who is a criminal barrister herself, made reference to the massive disparity in pay amongst lawyers, pointing out: “I accept criminal lawyers are perceived to be well paid, and there are some who are high up the pay scale, but these are the very lucky ones. The median pay for a junior barrister is £12,700 per year, and that is why they cannot survive doing criminal work, and that is why they are walking away.”

Speaking up for the Victims

From the victims stand point, Dame Vera Baird, who is the Victims’ Commissioner for England and Wales, said it is likely that more and more victims will drop out of their cases, due to the court backlogs. She commented: “The under-funding of the courts, which has been systemic since long before the pandemic, is already leading to a lot of people thinking that their lives cannot remain on hold any longer and as a result they are simply dropping out. That I am afraid, is inevitably going to happen more often.”

Continuing she chillingly warned: “More defendants, who will be guilty of a crime, will probably end up walking the streets to re-commit their offences, and in some cases, with potentially tragic circumstances. People cannot be kept in custody – no matter how grave their behaviour is alleged to be – for a sustained period of time; they will end up being released.”

Diana Fawcett, chief executive of the Victim Support charity made a plea to the government to act: “We hear every day from people facing excruciatingly long waits for trial, and many of the victims we are supporting have been affected by the strikes. However, when it comes to backlogs in our courts these strikes are only part of the picture and long court delays have been an issue for nearly a decade now.”

She went on to say: “The government needs to take urgent action and invest across the whole system to tackle far-reaching problems, ensure justice is done, and to stop victims from losing faith in the criminal-justice system altogether.”

Jo Sidhu, who chairs the CBA said: “If we continue to haemorrhage specialist criminal barristers at the current rate – those who provide prosecutors, defence advocates and judges – then victims of crime will take the added pain of more months to their trial dates.”

Solution has to be found

Ministers say the strike is irresponsible, whereas criminal barristers respond saying that they are the ones who are really concerned about the health of justice system. The harsh truth of the matter, irrespective of who is right or wrong – and both sides have valid arguments – is that at least 7,000 criminal cases go to Crown Court judges, every month of the year. Now that the strike has escalated to this point, the situation will very quickly become uncontrollable.

If hearings cannot take place because there are no barristers present to represent defendants, there will not be any trials in which guilty criminals are sent to prison, or those who are innocent of their charges, are acquitted. Victims on both side of the accusation’s will be left in a kind of limbo, unsure when or indeed if, they will ever see justice, which could have grave individual consequences.