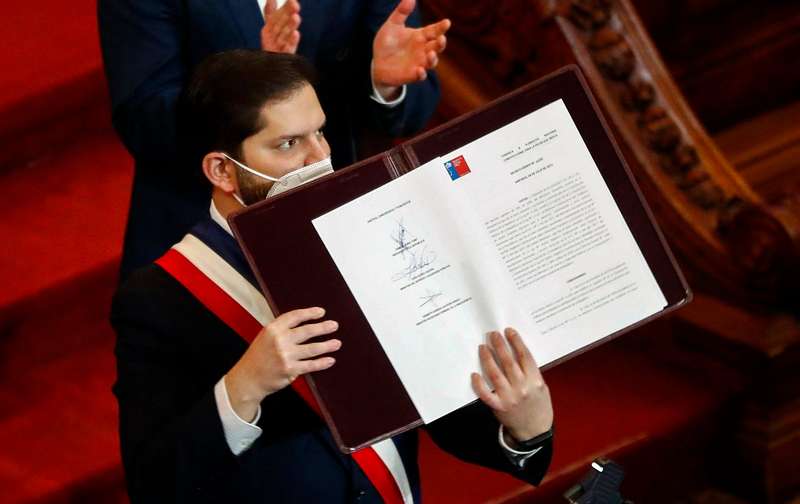 Three years ago, Chile started a journey of rebirth after the country decided to overhaul its constitution and rewrite a new one. Three years after the journey began, the people of Chile voted overwhelmingly to reject the new constitution draft. Most voters believe that the reforms were extreme and unclear.

After the country’s return to democracy, parliament amended the constitution, but many Chileans believe it does not guarantee the well-being of citizens, proper health care, and citizen participation in government. Despite the fears, they voted resoundingly to reject the new constitution, which to many, did not provide the solutions to the problems.

In a televised address on Sunday night, President Gabriel Boric promised to respect the wishes of Chileans and to begin the process of writing another constitution.

“Chileans’ decision demands our institutions and political leaders to work harder, with more dialogue, respect, and care, until we reach a proposal that reflects us all,” Mr. Boric said.

Mr. Boric, a leftist, feels the current constitution is preventing him from carrying out his plans for the country. Unfortunately, one reason for the rejection was that the new constitution was too leftist.

“As president of the republic, I take this message with great humility. We must listen to the voice of the people,” Boric added.

One would wonder if the new constitution was that bad for 62% of the voters to reject it. The opposite was the case. The rejected piece could have been voted out for being too good. The new draft gave more rights to citizens and mandated gender equality in government.

The constitution took some powers away from the President and handed them over to the regional governments. Unlike the previous laws, the new draft allowed the President to run for a second consecutive term in office, but it scrapped the Senate.

After completing the constitution, there was a massive campaign against its acceptance, including rallies by government officials. Many Chileans could have voted against the constitution on grounds of misinformation. Even those who have supported the draft of a new constitution think this copy was too leftist, and its implementation would be too expensive for the country of 19 million people.

Chile to draft yet another constitution

President Boric hinted at the possibility of another draft in his speech after the votes. He said: “This decision by Chilean men and women requires our institutions and political actors to work harder, with more dialogue, with more respect and care, until we arrive at a proposal that interprets us all, that is trustworthy, that unites us as country.”

In a tweet on Monday, the president said: “I am sure that the effort made will not be in vain, this is how countries advance best: learning from their experiences and, if necessary, retracing their tracks to search for new routes.”

Both sides have agreed to work towards a new constitution that better reflects the hopes and aspirations of every Chilean. However, there are fears that President Boric might spend his entire term trying to make a new constitution. His hopes of reforms lie in the new laws, but as it is, he might have to make the laws for another president to implement.

After the votes on Sunday, supporters of the suspended constitution stormed the streets of Santiago to protest their disapproval of the polls. Others could only express their disappointments. Yet, rightists in the country also stormed the same streets in celebration.

Elizabeth Rain, who voted in support of the new constitution, told New York Times: “I feel a lot of sadness, a lot of pain. There has to be a change. But the change is not going to be like we wanted it to be, as it was established at the beginning,”

Another Chilean, María Eugenia Muse, 57, who had voted to draft a new constitution in 2020 told The New York Times that she voted against the draft.