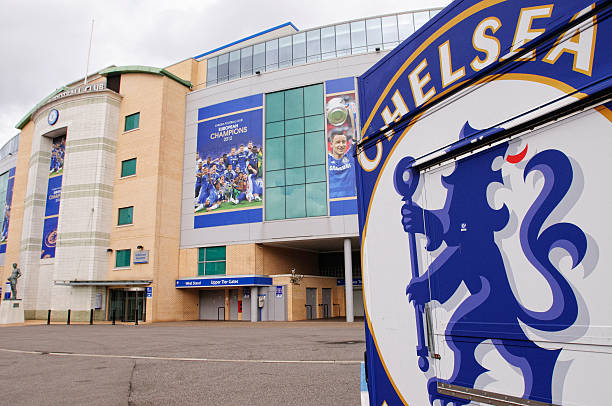 Chelsea Football Club have today announced the sacking of their manager Thomas Tuchel (Wednesday 7 September), just 15 months after he led his team to Champions League glory. There has been unrest in the camp for some time, but it is believed that things came to a head following the surprise defeat to Dinamo Zagreb, in midweek.

The London outfit sit sixth in the Premier League after six fixtures, having spent a record in excess of £250m in the summer transfer window. The club are thought to be looking to install a replacement as soon as possible, with Brighton and Hove Albion’s highly rated young boss, Graham Potter, believed to have been given permission by his own club to speak with the Chelsea owner, Todd Boehly, later today.

Others thought to be in the frame include: Mauricio Pochettino and Zinedine Zidane, who are both currently out of work, together with Brendan Rodgers and Diego Simeone.

The club released a statement which read: “On behalf of everyone at Chelsea FC, the club would like to place on record its gratitude to Thomas and his staff for all their efforts during their time with the club. Thomas will rightly have a place in Chelsea’s history after winning the Champions League, the Super Cup, and Club World Cup in his time here.”

It went on to say: “As the new ownership group reaches 100 days since taking over the club, and as it continues its hard work to take the club forward, the new owners believe it is the right time to make this transition. Chelsea’s coaching staff will take charge of the team for training and the preparation of our upcoming matches, as the club moves swiftly to appoint a new head coach.”

Tuchel’s relationship with the ownership has deteriorated over the past month following increasing tensions between both parties, and it is also believed several players had voiced concerns; although that is not particularly unusual, especially at big clubs with large squads.

It is far cry from the glory times of Tuchel’s first season which culminated in the victory over favourites Manchester City, in Porto in 2021 in the all-English Champions League final. At that time it seemed everything the German touched turned to gold. The players responded to his tactics and everything appeared to be geared up for a sustained period of success.

Dinamo Zagreb had won only twice in 33 Champions League ties and were seen as a comfortable opening game for the club in this years competition. To lose, and in a fashion that was lacking in passion, desire, and cohesion, was alarming, and does seem to have been key to this shock decision. Speaking immediately after the defeat, Tuchel, in his 100th and final game in charge, said: “This was a huge under-performance which I am angry with myself about. It is the same story, like always. I did not see it coming. Obviously I was in the wrong movie.”

It was a reaction from a man who seemed to have run out of ideas, and his body language since the start of the season has shown somebody rapidly losing his grip, as he regularly tinkered with the side. The game against Tottenham Hotspur last month, when they threw away a two goal lead and he had an ugly clash with Antonio Conte, did not do him any favours with his bosses; nor the shocking display in the next fixture away at Leeds, when they were comprehensively beaten by a poor Yorkshire outfit.

Who will replace him?

It is reported that Chelsea are set to hold talks with Brighton chief Graham Potter with a view to him taking over the reigns. He is a highly regarded coach, having established the south-coast club firmly in the top half of the Premiership, playing a pleasing brand of football. He has been touted as a future England manager, so the approach is certainly justified.

Nothing is decided however, and he will not be the star name that many supporters will be craving, and with the likes of Mauricio Pochettino and Zinedine Zidane both available, there is likely to be some descenting voices. Other names being mentioned include Brendan Rodgers and Diego Simeone.

The Russian invasion of Ukraine back in February 2022 can probably be used as the catalyst for the start of Chelsea’s troubles. Billionaire Roman Abramovich’s association with President Putin resulted in the club being placed under government sanctions in the March and a new owner was sought, with a £4.25bn buy-out being completed at the end of May.

Tuchel was not particularly gracious and seemed to adopt an attitude of feeling sorry for himself. He stated at the time that no other big club could possibly understand how the sanctions were affecting things for him and his team. He completely failed to acknowledge that Derby County, who in the mid-seventies were a much bigger club than Chelsea, were fighting for their very existence. It represented a lack of class, as well as any appreciation of the English game.

Despite his “difficulties” he still managed to guide Chelsea to a third-placed finish in the Premier League, together with appearances in both the FA Cup and League Cup finals, losing on each occasion to Liverpool on penalties.

Todd Boehly tried to make a statement of intent by allowing Tuchel to spend an incredible £278.4m on 10 new players in the summer. That figure made them the highest-spending club in all of Europe, and was a record for the Premier League too. Boehly is also acting as sporting director having moved on Marina Granovskaia, Bruce Buck and Petr Cech at the end of last season.

Many of the in-comings raised eyebrows, especially the £75m spent on Wesley Fofana, the £63m on Marc Cucurella and more recently, the £10m on 33-year-old Pierre Emerick Aubameyang.

Chelsea have long had a reputation for being trigger-happy with their managers at the first sign of trouble, with some ruthless sackings over the past few years under Abramovich’s stewardship. It seems nothing has changed under the new owners and the philosophy of a few poor results equals the immediate loss of job, seems to be embedded in the club. Sacking the person who was permitted to spend a quarter of a billion pounds of your money, just weeks prior to the event, does seem at best reckless, and could be a massive gamble by the Stamford Bridge board.

Tuchel’s successor will very likely be given assurances, a long-term deal (for what good they mean) and will in all probability, be someone who must be part of the collaborative outlook that Boehly has as his vision for the club moving forward.

Just three weeks ago Thomas Tuchel had enthused about signing a new long term contract saying: “You know how glad I am to be here and how much I like it.” The trouble is others seemed a lot less enthused, liked it not anywhere near as much, and he paid the ultimate price.

The new man, whether that be Potter, or anyone else, should take heed. The job is obviously incredibly lucrative; but equally it is unlikely to have very much longevity.