Tributes for a much loved Queen 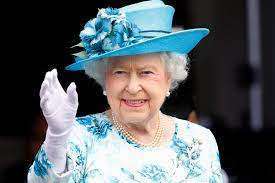 The sad death of the UK’s longest serving monarch, Queen Elizabeth II has been met with an avalanche of tributes from both close to home and the wider world. Her wise words have consistently left a profound impact on most people that she met.

She became Queen in 1952 at the age of 25, following the death of her father, King George VI. She had to learn “on the job”, but committed to serve her country for the rest of her life; this she undertook with remarkable fortitude and quiet diplomacy, with her “beloved husband” the Duke of Edinburgh always by her side, until his sad passing last year.

She left a lasting impression on everyone with whom she met.

Upon the Queen’s death, Prince Charles has immediately become the new monarch, to be known as King Charles III. The new King and his wife Camilla, who becomes Queen Consort, will remain at Balmoral overnight and will return to London on Friday. He said in his statement: “It is a moment of great sadness” for him and his family and that her loss would be “deeply felt” around the world.

“We mourn profoundly the passing of a cherished sovereign and a much-loved mother. I know her loss will be deeply felt throughout the country, the realms and the Commonwealth, and by countless people around the world.” He added that his family would be: “comforted and sustained by our knowledge of the respect and deep affection in which the Queen was so widely held.”

Her Majesty saw 15 different Prime Ministers in her reign, from Sir Winston Churchill right through to Liz Truss, who she appointed just two days before her death. She held weekly audiences with them and left a lasting impression on them all.

New PM, Liz Truss spoke outside number 10 Downing Street shortly after the announcement: “We are all devastated by the news we have just heard from Balmoral. The death of Her Majesty the Queen is a huge shock to the nation and to the world. Queen Elizabeth II was the rock on which modern Britain was built. Our country has grown and flourished under her reign. Britain is the great country it is today because of her. She ascended the throne just after the Second World War. She championed the development of the Commonwealth – from a small group of seven countries to a family of 56 nations, spanning every continent of the world. We are now a modern, thriving, dynamic nation.”

Recognising how she inspired all around her, Ms Truss continued: “Through thick and thin, Queen Elizabeth II provided us with the stability and the strength that we needed. She was the very spirit of Great Britain, and that spirit will endure. She has been our longest-ever reigning monarch. It is an extraordinary achievement to have presided with such dignity and grace for 70 years. Her life of service stretched beyond most of our living memories. In return, she was loved and admired by the people in the United Kingdom and all around the world. She has been a personal inspiration to me and to many Britons. Her devotion to duty is an example to us all.”

Then she emotionally recalled their meeting just two days previous: “Earlier this week, at 96, she remained determined to carry out her duties as she appointed me as her 15th prime minister. Throughout her life she has visited more than 100 countries and she has touched the lives of millions around the world. In the difficult days ahead, we will come together with our friends across the United Kingdom, the Commonwealth and the world to celebrate her extraordinary lifetime of service. It is a day of great loss, but Queen Elizabeth II leaves a great legacy.”

In her closing lines she pointed out: “Today the Crown passes, just as it is has done for more than a thousand years, to our new monarch, our new head of state: His Majesty King Charles III. With the King’s family, we mourn the loss of his mother. And as we mourn, we must come together as a people to support him. To help him bear the awesome responsibility that he now carries for us all. We offer him our loyalty and devotion just as his mother devoted so much to so many for so long. And with the passing of the second Elizabethan age, we usher in a new era in the magnificent history of our great country; exactly as Her Majesty would have wished, by saying the words: ‘God save the King’.”

Former PM John Major said: “For 70 years Her Majesty The Queen devoted her life to the service of our nation and its well-being. In her public duties she was selfless and wise, with a wonderful generosity of spirit. For millions of people, across the Commonwealth and the wider world, she embodied the heart and soul of our nation, and was admired and respected around the globe. We have all lost someone very precious to us and, as we mourn, we should be grateful that we were blessed with such an example of duty and leadership for so very many years.”

Tony Blair another former PM commented: “We have lost not just our monarch but the matriarch of our nation, the figure who more than any other brought our country together, kept us in touch with our better nature, personified everything which makes us proud to be British.”

Boris Johnson, until just days ago the serving PM went even further: “This is our country’s saddest day. In the hearts of every one of us there is an ache at the passing of our Queen, a deep and personal sense of loss, far more intense, perhaps, than we expected. In these first grim moments since the news, I know that millions of people have been pausing whatever they have been doing, to think about Queen Elizabeth, about the bright and shining light that has finally gone out. She seemed so timeless and so wonderful that I am afraid we had come to believe, like children, that she would just go on and on.”

He went on: “Wave after wave of grief is rolling across the world, from Balmoral – where our thoughts are with all the royal family – and breaking far beyond this country and throughout that great commonwealth of nations that she so cherished and which cherished her in return. As is so natural with human beings, it is only when we face the reality of our loss that we truly understand what has gone. It is only really now that we grasp how much she meant for us, how much she did for us, how much she loved us.”

“We think of her deep wisdom, and historic understanding, and her seemingly inexhaustible, but understated sense of duty. Relentless though her diary must have felt, she never once let it show, and to tens of thousands of events she brought her smile and her warmth and her gentle humour, and for an unrivalled 70 years she spread that magic around her kingdom. This is our country’s saddest day because she had a unique and simple power to make us happy. That is why we loved her. That is why we grieve for Elizabeth the Great, the longest serving and in many ways the finest monarch in our history.”

US President Joe Biden and First Lady Jill Biden have issued a statement on the Queen’s death, describing her as “more than a monarch”. Their statement read: “In a world of constant change, she was a steadying presence and a source of comfort and pride for generations of Britons, including many who have never known their country without her. The seven decades of her history-making reign bore witness to an age of unprecedented human advancement and the forward march of human dignity.”

Ukrainian President Volodymyr Zelenskyy has also made a statement. He said: “It is with deep sadness that we learned of the death of Her Majesty Queen Elizabeth II. On behalf of the people, we extend sincere condolences to the Royal Family, the entire United Kingdom and the Commonwealth over this irreparable loss. Our thoughts and prayers are with you.”

French President Emmanual Macron said: “Her Majesty Queen Elizabeth II embodied the British nation’s continuity and unity for over 70 years. I remember her as a friend of France, a kind-hearted queen who has left a lasting impression on her country and her century.”

Canada’s Justin Trudeau was visibly shaken and was openly sincere with his heartfelt message: “It was with the heaviest of hearts that we learned of the passing of Canada’s longest-reigning Sovereign, Her Majesty Queen Elizabeth II. She was a constant presence in our lives – and her service to Canadians will forever remain an important part of our country’s history.”

Continuing he said: “As we look back at her life and her reign that spanned so many decades, Canadians will always remember and cherish Her Majesty’s wisdom, compassion, and warmth. Our thoughts are with the members of the Royal Family during this most difficult time.”

German Chancellor Olaf Scholz remarked: “We mourn the death of Queen Elizabeth II. She was a role model and inspiration for millions, also here in Germany. Her commitment to German-British reconciliation after the horrors of World War II will remain unforgotten. She will be missed, not least her wonderful humour.”

Prime Minister of the State of Israel Yair Lapid wrote: “On behalf of the Government and people of Israel, I send my condolences to the Royal Family and the people of the United Kingdom on the death of Her Majesty Queen Elizabeth II. She leaves behind an unparalleled legacy of leadership and service. May her memory be for a blessing.”

Pope Francis offered his condolences to the royal family saying: “I willingly join all who mourn her loss in praying for the late Queen’s eternal rest, and in paying tribute to her life of unstinting service to the good of the Nation and the Commonwealth.”

The Mayor of London Sadiq Khan spoke movingly: “The nation and the world mourns today in recognition of the extraordinary service of our Queen. She served for 70 years with unrivalled grace, dignity and purpose. Throughout a period of unprecedented transformation, she was a source of great stability, inspiring hope during the most testing of times and exemplifying the best of what it means to be British.”

He added: “I am proud to have served as Mayor of London while Queen Elizabeth II was our monarch. I know Londoners, and people across the United Kingdom and the Commonwealth, are immensely proud and grateful for what she achieved for us all over so many years.”

Helen Mirren, who portrayed Queen Elizabeth II in Oscar-winning “The Queen,” said: “I am proud to be an Elizabethan. We mourn a woman, who, with or without the crown, was the epitome of nobility.”

In a poignant moment, just as Her Majesty’s sad passing was being announced at both of the Queen’s homes in Windsor and at Buckingham Palace, rainbows formed, almost as if nature was acknowledging her greatness and saying goodbye.

Queen Elizabeth II was quite simply a one off and she will be mourned the world over and missed by all.