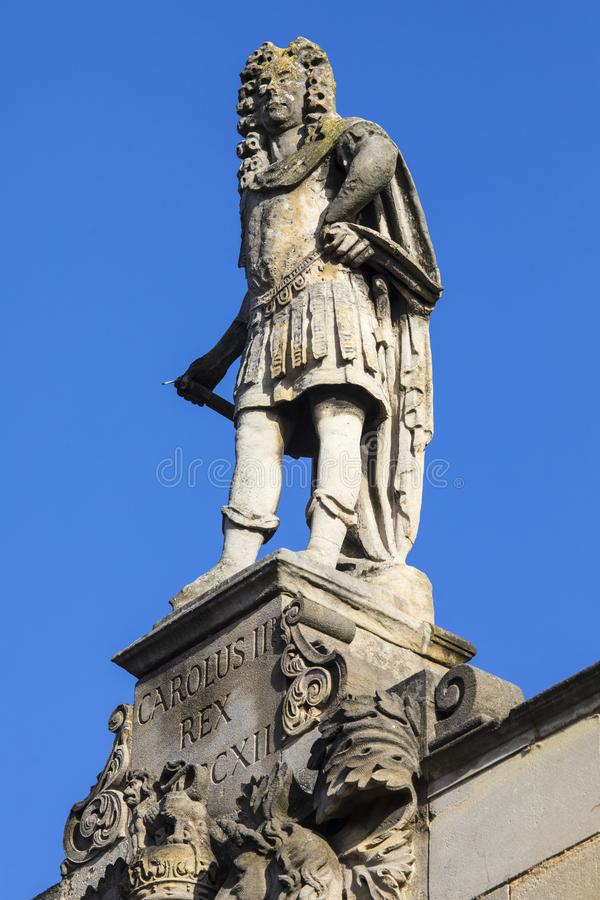 In her parliamentary speech, delivered on 9 September, the UK’s new Prime Minister, Liz Truss, announced that with the accession to the throne of King Charles III, Britain will now enter a period or era, to be referred to as the second Carolean age, replacing the second Elizabethan age. This is because in British history, the name of the monarch is given to period of their reign, hence prior to Queen Elizabeth II, there were Georgian, Edwardian, and Victorian ages.

How is Carolean associated with Charles?

At first glance the term Carolean does not seem to bear reference to the name Charles, but in actual fact, the association is very logical. Carolean originates from Carolus, which is the Latin word for… Charles.

The original Carolean age was under the reign of King Charles II, from 1660 to 1685. It is also sometimes referred to as The Restoration. It followed straight after one of the most turbulent eras in British history when from 1649 until 1660 the country was a republic, with no ruling monarchy.

Under Charles II, the period was noted for the flourishing of the arts following the demise of what was known as the Protectorate, which had collapsed following the death of Oliver Cromwell and the flight of his third son, Richard, to France.

Although he was a very popular King, he was quite a weak leader. His foreign policies were deemed inept, and it seems he preferred to focus his attentions elsewhere, as he had 13 known mistresses, one of whom was Nel Gwyn, a hugely controversial character of that time. He became known as the “Merry Monarch” and although he fathered numerous illegitimate children, none of them became heir to the throne.

In his time on the throne he saw the Great Plague in 1665, and a year later, the Great Fire of London. However, as a result, many new buildings were also built during his reign, including Christopher Wren’s masterpiece, St Paul’s Cathedral.

Charles II was the eldest son of Charles I, who ruled between 1625 and 1649. He oversaw, and eventually paid a heavy price for, several civil wars in England, Scotland, and Ireland. His time was known as the Caroline age, rather than Carolean. He was the son of James I and Anne of Denmark, and Charles believed that he ruled by Divine Right, which introduced growing conflict into his reign.

Despite the friction between King and Parliament, there were developments in the arts and sciences of that time. The period also saw the colonisation of North America with the foundation of new colonies between 1629 and 1636 in Carolina, Maryland, Connecticut and Rhode Island. Development of colonies in Virginia, Massachusetts, and Newfoundland also continued to flourish. In Massachusetts, the Pequot War of 1637 was the first major armed conflict between New England settlers and a Native American people.

This era though, was massively dominated by growing religious, political, and social discord between the King and his supporters, who were termed as the Royalist party, and the Parliamentarian opposition that had evolved. Inevitably, the English Civil War broke out in 1642 and lasted for four ‘bloody’ years, before being beaten by the New Model Army, led by Oliver Cromwell. Charles was captured and imprisoned. The House of Commons tried Charles for treason against England, and when he was found guilty he was condemned to death. His death warrant states that he was beheaded on 30th January 1649. Following this the British monarchy was abolished and a republic called the Commonwealth of England was declared, that would last for eleven years.

In the decades, possibly centuries to come, this new Carolean age could also come to be known as the Windsor Age. This would be in much the same way as the reigns of Henry VII, Henry VIII, Edward VI, Mary I and Elizabeth I, who served under the House of Tudor, but over time their combined service became known as the Tudor period. This gave way to James I, who started the House of Stuart, and who of course was the father of Charles I.