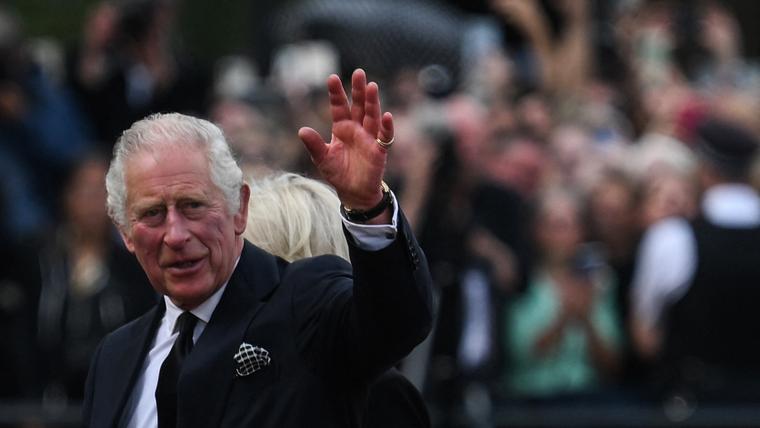 Although the new King of England does not enjoy his mother’s popularity, one will not deny that his arousing welcome at Buckingham palace on Friday was a sign that the British people were willing to transfer his mother’s love to him.

King Charles III addressed the nation for the first time as King and Head of state after arriving at Buckingham palace, with a promise to live a life of service like his mother.

“Queen Elizabeth’s was a life well lived; a promise with destiny kept, and she is mourned most deeply in her passing. That promise of lifelong service I renew to you all today,” King Charles said in the televised broadcast.

Like a contestant in an election promising to build on the legacy of his predecessor, King Charles, in his speech, thinks there was no need to make new vows when she can continue from where his mother stopped. He said his mother brought her up to cherish his roles and promised to follow her steps closely.

“As the queen herself did with such unswerving devotion, I too now solemnly pledge myself, throughout the remaining time God grants me,” Charles continued. “I shall endeavor to serve you with loyalty, respect, and love, as I have throughout my life.”

“I shall endeavor to serve you with loyalty, respect, and love, as I have throughout my life,” he added.

King Charles’s approval ratings are not as high as that of his mother. His controversial marriage to Diana and remarriage to Camila are part of the reasons. Unlike him, his mother has more approval among the British people. Promising to serve like the Queen could be a smart way to gain their approval.

“In 1947, on her 21st birthday, she pledged in a broadcast from Cape Town to the Commonwealth to devote her life, whether it be short or long, to the service of her people. That was more than a promise: it was a profound personal commitment which defined her whole life,” Charles said.

“I pay tribute to my Mother’s memory and I honor her life of service. I know that her death brings great sadness to so many of you, and I share that sense of loss, beyond measure, with you all,” he added.

At the end of his speech, the monarch who has now lost both of his parents said thank you to his late mum for her devotion to the family and the nation.

“To my darling Mama, as you begin your last great journey to join my dear late Papa, I want simply to say this: Thank you. Thank you for your love and devotion to our family and to the family of nations you have served so diligently all these years,” he said.

May “flights of Angels sing thee to thy rest.”

While Prince William automatically inherit many of his father’s titles as heir apparent, there were suggestions that the title of Prince of Wales would be transferred at a later time. The King feels there is no need to wait. In his first speech, he conferred the title on his son alongside other of his former titles as heir to the throne.

“As my Heir, William now assumes the Scottish titles which have meant so much to me. He succeeds me as Duke of Cornwall and takes on the responsibilities for the Duchy of Cornwall which I have undertaken for more than five decades, the new monarch said, adding: “Today, I am proud to create him Prince of Wales, Tywysog Cymru.”

As William becomes the new Prince of Wales, his wife Catherine will become the Princess of Wales, the monarch confirmed on Friday.

A speech without mentioning his other son would have been arguably the most talked about in the media at the moment. King Charles confirmed his love for his son and daughter-in-law who are currently not official members of the royal family.

“I want also to express my love for Harry and Meghan as they continue to build their lives overseas,” the king said.

The former Prince of Wales offered his most sincere thanks to the British people for their support during this time of mourning.