Suicide: A Major Problem in Antigua and Barbuda 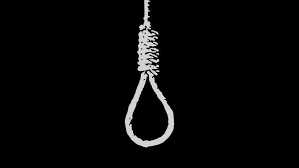 In Antigua and Barbuda, specialists are receiving about five clients each week who have tried to take their lives. The alarming part is that these individuals are said to be between the ages of 25 and 45.

Specialist in Internal Medicine and Psychiatry Dr. Chenelle Joseph said the most common way is medication overdose but there is also self-inflicted injury usually by cutting. “There have also been a few cases of hanging. I am keeping a track of the patients,” Dr. Joseph said.

On Saturday, the world stopped to acknowledge Suicide Prevention Day 2022, under the theme, “Creating hope through action” and the organizers say the theme is a reminder that there is an alternative to suicide and aims to inspire confidence and light in all.

Joseph added that the majority of her clients only seek help after they have already tried to end their life.

“In the office, I have a few that are contemplating it and would reach out for help before they do anything. Unfortunately, 80 percent of what I see are people who have already attempted. So, with the medication overdoes, they come in because they don’t feel well. So, they come in to get off the discomfort. They have been some severe cases where these people were found and had to be brought in by the family of the EMS,” she said.

The importance of good mental health has been highlighted throughout the Covid-19 pandemic, with many persons struggling to stay sane due to the many pressures that came as a result.

She said several factors may cause a person to feel the need to take their life and some of the main reasons include marital conflicts, financial troubles, and poor support.

“A lot of it comes from social issues, including financial struggles, feeling of being alone. Sometimes a lot of these individuals s are struggling with an issue and friends and family may not notice. They may downplay it as well. So, a lot of people resort to attempting suicide because they feel it’s the only way out, the only thing that is going to give them any relief,” Dr. Joseph said

There are ways the doctor said suicide numbers could decline but government intervention is imperative.

“We need more investment and more interest from the government level. Mental health is a human right. Most civilized countries offer mental health resources through the government. You need to have an option because the main thing the government is offering right now is Clare View which is always full and not everybody needs to be admitted,” she said,

According to the World Health Organization (WHO), more than 700,000 people take

their own life after numerous suicide attempts each year, corresponding to one death every 40 seconds.

And for every suicide, there are likely 20 other people making a suicide attempt, with many more having serious thoughts of suicide.

Suicide is generally most common among those over the age of 70; however, in certain countries, those aged between 15 and 30 are at the highest risk.

Europe had the highest rates of suicide by region in 2015. There are an estimated 10 to 20 million non-fatal attempted suicides every year.

Non-fatal suicide attempts may lead to injury and long-term disabilities. In the Western world, attempts are more common among young people and women.