Who is the Queen Consort and what is her role? 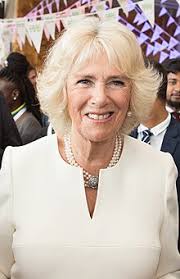 She is the true love of his life, his confidante since they were young and his wife of 17 years; and now, she is Queen Consort to King Charles III, but who is Camilla, and what will her new role require?

The public has got used to seeing Camilla by her husband’s side at important national and international events and celebrations, always looking assured and giving her husband support. It has nevertheless, been far from easy. Very few women have been as publicly vilified as Camilla Parker Bowles and come out the other side intact. She was “the other woman” in the marriage break-up of the century, and she was competing against the nations sweetheart, Diana, Princess of Wales.

In choosing Charles, she turned her life upside down. For years she was hounded by the press, her character and appearance relentlessly attacked, and most of the time completely unjustified. To her credit she weathered the storm and gradually cemented her position in the Royal Family.

She was born on 17 July 1947 to a wealthy, upper-class, and very well-connected family, in a close-knit environment, which was a picturesque estate in Sussex. It was a very different childhood to that of Charles, who had long periods of time without his parents as they travelled the world.  A finishing school in Switzerland prepared Camilla for life as a debutante in London society. She was popular, and from the mid 1960’s she was in an on-off relationship with a Household Cavalry officer named Andrew Parker Bowles.

In the early 1970s she was introduced to the young Prince Charles, but the timing was not right. Charles was still in his early 20’s and pursuing a career in the Navy. He set off on an eight-month deployment overseas in late 1972. Whilst he was away, Camilla accepted a proposal from Andrew, but they continued to be a part of each other’s lives. They moved in the same social circles, Charles and Andrew played polo together, and the couple even asked Charles to be godfather to their first child, Tom.

Then in the summer of 1981, Charles proposed himself to the young Lady Diana Spencer. Yet still Camilla was a part of his life. That Diana struggled with Camilla’s relationship with her husband is without question. Charles insisted that they only rekindled their romance when his marriage had “irretrievably broken down”, but as Diana so memorably stated in the now-discredited 1995 Panorama interview “there were three of us in this marriage.” Camilla’s divorce was finalised in 1995. Charles and Diana’s marriage officially ended in 1996.

Finding a way to deal with the criticism of their relationship became even more difficult in 1997 after Diana’s tragic death. Publicly, Charles focused on his sons William and Harry, and Camilla retreated out of view.  However, Charles’ position was that Camilla was non-negotiable in his life, and so began a carefully choreographed campaign to rehabilitate her in the public eye, culminating in their marriage in a small, civil ceremony at Windsor Guildhall in 2005.  Any concerns the couple might have had that the crowd might react negatively to the newly-weds proved unfounded, as they were greeted by cheers and applause from well-wishers.

For many though, the debate continued over whether she would ever be known as Queen. While legally entitled to use the title, the official line had been that she would instead be known as Princess Consort, as a way to appease those who blamed her for the breakdown of Charles’s marriage to Diana.

In the end, the matter was settled by the Queen, who said in early 2022:  “When, in the fullness of time, my son Charles becomes King, I know you will give him and his wife Camilla the same support that you have given me; and it is my sincere wish that, when that time comes, Camilla will be known as Queen Consort as she continues her own loyal service.” Here was the confirmation that Camilla had earned her place by Charles’s side. Any public debate was effectively ended.

If the Queen was initially wary of Camilla, that must have been even more the case for Princes William and Harry. Both had to deal with the very public break-up of their parents’ marriage, and then the death of their mother when William was 15 and Harry just 12. That said, in 2005, a few months after their wedding, Harry then just short of his 21st birthday said Camilla was a “wonderful woman” who had made their father very happy, adding: “William and I love her to bits and get on really well with her.”

Little has been said by either brother about their feelings for Camilla in the years since, but the interactions and body language between William, Kate, and Camilla at public engagements, there definitely seems a warmth and familiarity, which suggests relations are good.

Now 75, Camilla has made her own mark in areas about which she feels passionate about, such as: raising awareness about osteoporosis, which afflicted her mother and grandmother and pointing a spotlight on difficult subjects such as: domestic abuse, rape, and sexual violence.

Charles has said many times what an “enormous support” she is, and commented on how she “sees the funny side of life, thank God.” Their connection is obvious. Rarely is there an event where at some point they do not appear to be sharing a private joke. She seems to have “lightened him up,” Yes they live lives of luxury, but under the most intense scrutiny, and the pressure can be unrelenting. “It’s always nice to have somebody on your side,” Charles has repeatedly said.

Well it is about to get a whole lot more pressurized. The role of King is a solitary one, and maybe Charles’ reluctance to give up on the relationship is because he knew she was the only person who could provide the companionship he will need in the role he is taking on.

As Queen Consort, her role is to support the monarch in public life, a role which Camilla is already well accustomed with. As with all royals, there is an expectation that she will not comment on the politics of the nation.

She is likely to use Prince Philip as her blueprint for success, by offering the same constant support to His Majesty while never taking the limelight from him, just as the Duke of Edinburgh did for the Queen.

“Just get on with it”

It has been quite a journey for a woman who will probably never achieve full acceptance from the public because of past events, but as she has said many times: “I sort of rise above it and get on with it. You have got to get on with life.”

No doubt the new King, is very glad to have her alongside him, probably now more than ever.