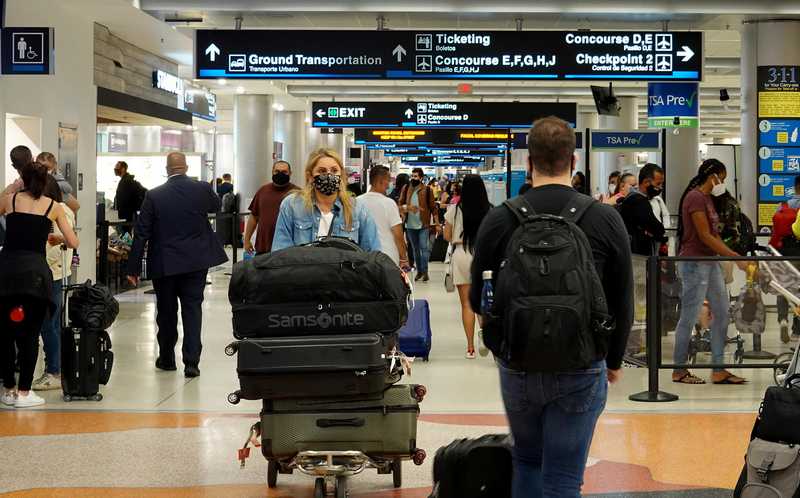 Antigua and Barbuda counties to surpass expectations where tourism arrival is concerned. Tourism Minister Charles Max Fernandez said tourism arrivals in July amounted to 23, 025 while August arrivals stood at 24, 673. He said these numbers are higher than pre-pandemic numbers.

“We are elated. We did very well in August. July 2021 beat our record year 2019 and now August 2022 has beaten our August record of 2021. This is the best we have had and we are hoping that September will be very good,” he said.

Fernandez said from all expectations the upcoming months.

“The other months for the latter part of the year are looking good also. We are happy about those arrival figures. What we are hoping is that these trends will continue because as I alluded to before is that the projections, we had for 2022 would have been 75% of 2019 which is where we targeted”, he said.

Tourism officials in Antigua and Barbuda and the world by extension have been very concerned that the Covid-19 pandemic, coupled with the high cost in oil prices triggered by the war in Ukraine could have caused a collapse of the sector.

But Fernandez said that based on statistics, the twin island nation is doing so much better than expected.

“We were very concerned because of the war in Ukraine, rising fuel prices resulting in the rise in air fares, the rising cost of living in the source market would result in less disposable income for travelers. We were worried that the trend would affect the figures but we are pleased that we are rebounding and continue to rebound…,” Fernandez said.

Meantime Fernandez said the winter season looks just as promising, saying that Air Canada and Frontier will soon recommence flights to the island.

“American Airlines continued all the flights this summer and they will continue into the winter. Frontier went down for two months and they will come back in November and add a second flight weekly. Air Canada returns on October 8th from Toronto and they will add a Montreal service. I think British Airlines is continuing their flights and Virgin is adding two more flights this winter, we are very optimistic,” he said.

Cruise tourism is also expected to do well according to Fernandez, who said that five ships are expected on October, 36 in November, and 69 in December.