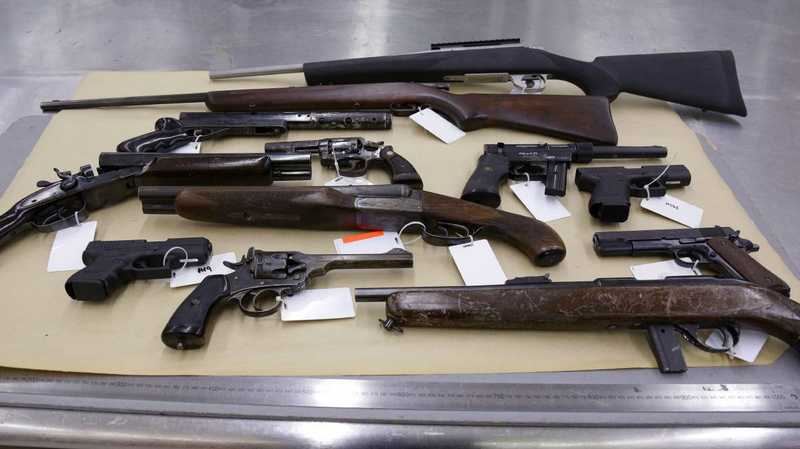 The Government is moving to implement another gun amnesty soon, after its first and perhaps second attempts failed. The latest decision was announced by the government recently, on the heels of several gun crimes in Antigua and Barbuda

The Amnesty provides immunity from prosecution in respect to a person having unauthorized or unlawful possession of a firearm, firearm part, mechanism, fitting, prohibited firearm accessory, silencer, or ammunition, but only at the time of the item being voluntarily surrendered at a police station or participating licensed dealer’s premises.

A couple was killed at their home recently. Police say the autopsy revealed that they died as a result of gunshot wounds. And last week, two Mexican nationals were found with multiple gunshot wounds about their bodies in Pillar Rock.

Chief of Staff in the Office of the Prime Minister Lionel Max Hurst said consultation will be held with the police, the defense force and several other law enforcement officers before it can be finalized.

Hurst said however while many believe that an amnesty is not effective, “one gun off the street is a success and we intend to get many of them out of the hands of criminals and disposed of by collecting agencies which will very likely be the Royal Police Force of Antigua and Barbuda”

He said however the twin island state is a relatively peaceful place and “we have learned through our parents, our churches, educational institutions how to settle our differences peacefully, but the drug trade is part of the reason why there is so much violence in our Caribbean countries”

According to Hurst, drug dealers are unable to settle their differences in court, hence the reason they turn to violence.

“They resort to the kind of violence we see on the streets because there is no other way to settle their differences…”, he said.