Where is Romario Williamson? 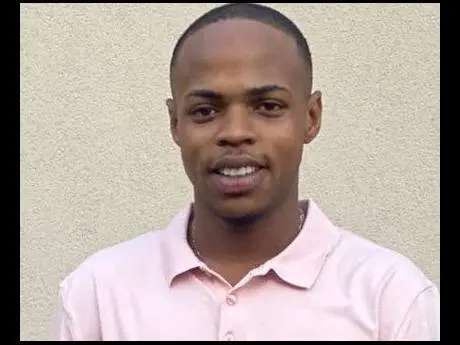 Reports out of Jamaica are that a 24-year-old man who was due to depart that island for Antigua and Barbuda on Sunday is now missing without a trace.

According to the Jamaica Star, Romario Williamson – who was last seen last Thursday was scheduled to depart Kingston, Jamaica for the VC Bird International Airport on Sunday, for the start of his eight-day vacation in Antigua.

Despite his ticket being booked and the flight confirmed, however, Williamson did not make the flight, and his whereabouts remain unknown.

According to the man’s relatives, he was last seen on Thursday, and when speaking with family members on that day, said he intended to visit friends on his trip to the twin-island nation.

“The suitcase pack and everything, enough, he was ready for the trip,” one family member said. “Him went missing without a trace, just suh. We nuh know weh fi turn, weh fi do. It’s like we just at a dead end and we nuh have nothing,” one relative said.

When efforts were made to contact him on Friday, just a day later, they were all unsuccessful, and no one has been able to reach him since.

Williamson’s mother, Andrea Brissett, said it was customary for her to speak with him on the telephone every morning before she leaves for work. They also talk every evening.

However, she figured something was wrong when she did not hear from him last Friday.

“When I see him naah call me, I nah think nothing much bout it. I a say him busy, probably him a pack. Inna di 2 o’clock [p.m.], Friday me a say me a call Maro and me nah get him, a wonder a wah. Same time, him friend call me and say ‘yuh know say me nah get Bigs’. A suh now me start call some other people and tell dem. .We get to a cousin weh say him and him go trim over Greater Portmore. After him finish trim, him tell him cousin say him a go pon a flex,” the worried mother said

The family reportedly received word on the weekend that Williamson was locked up at Up Park Camp – the headquarters of the Jamaica Defense Force (JDF) – but those reports proved inaccurate after quick checks.

The police continue to investigate the case, meanwhile, and the man’s family has launched a social media campaign to galvanize support for his safe return.

Anyone with information as to the whereabouts of Romario Williamson is asked to contact the Elletson Road Police at 876-839-6875, the police 119 emergency numbers or the nearest police station.