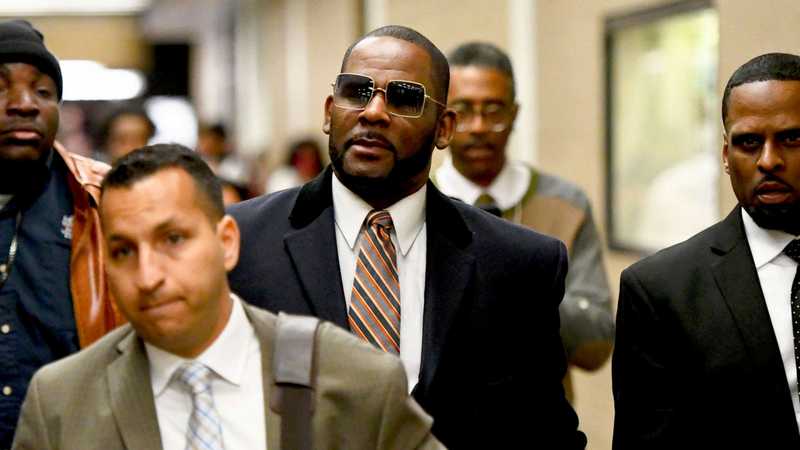 Singer R. Kelly was on Wednesday found guilty of sexually abusing minors. In a trial that took place in Kelly’s hometown of Chicago, hundreds of supporters arrived at the courthouse hours before the commencement of the court proceedings. Crowds were seen around the court praying with rosaries and holding hands, calling for an angel to save the singer.

However, the prayers did not do much like testifications against the singer.  After three weeks of testimonies and about 10 hours of deliberation, the Court concluded that R Kelly was guilty of six counts of child pornography. The jurors concluded that Kelly had engaged in sex acts with five victims who were below 18 years at the time of the crime and filmed some of them.

“[R Kelly] is in good spirits despite a mixed verdict. We won seven counts of this indictment (more than we lost). He is grateful for the support, and the fight continues,” Jennifer Bonjean tweeted after the judgment.

R Kelly did not obstruct justice

Apart from the allegations of sexual misconduct, the singer was also charged with obstruction of justice. In 2008, Kelly was acquitted of allegations of child pornography, the same crimes of which he has now been found guilty. Prosecutors claim that he evaded justice in the earlier court case. However, the court only found him guilty of the sex-related acts and cleared him of the other charges.

“If this jury concluded that he was guilty on the first three counts, would they care enough to consider the evidence on the rest? And they demonstrated that they did. They did their job. They looked at each count separately,” attorney Jennifer Bonjean said outside court after the verdict.

The testimonies of the unknown star witness

The testimonies by Jane (not her real name) could be why Kelly was pronounced guilty. The 37-year-old woman said the singer started having sex with her when she was 15, and R Kelly was in his 30s.

Part of the evidence presented to the court was a 26-minute video of the singer’s affair with a minor. Jane said she was the lady on the tape and that they had sex “hundreds” of times before she turned 18. Part of the tape and other similar tapes were played during the trial.

Jane said the affairs with the singer exerted an intense psychological grip on her, causing her to isolate herself from her parents and keep the relationship secret as an act of loyalty to him.

R Kelly was not alone in the case. Derrel McDavid, his former accountant, and Milton Brown, his former business manager, were accused of aiding the singer’s habit and covering up his acts. The prosecutor also accused them of conspiracy to obstruct justice.

However, the Federal court could not find any basis to pronounce the two men guilty of an offence. They were discharged and acquitted of all the charges.

Reacting to the judgment, attorneys for McDavid praised the court for the verdict.

“The jury found what we knew all along. The government brought a case that should have never been brought. It was based on the word of proven liars. We exposed them in front of the jury, and the jury made the right decision,” the attorneys said in a statement to CNN.