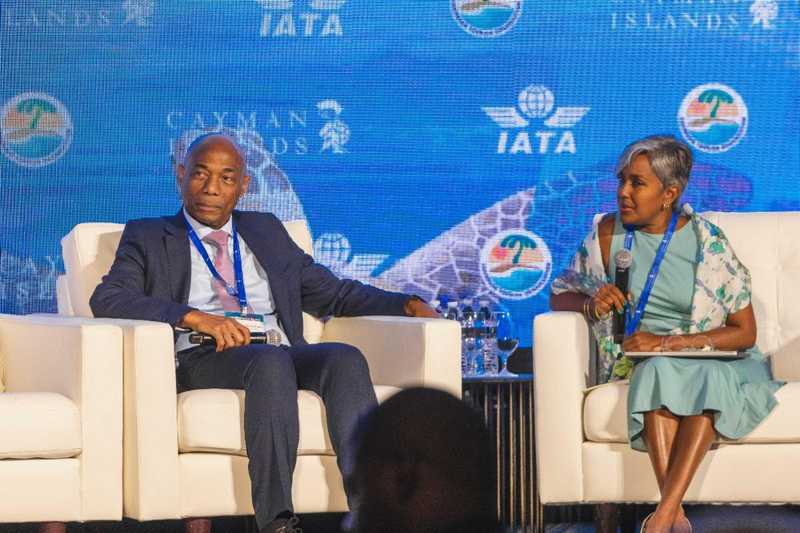 Dukharan who was speaking on the sidelines of IATA Caribbean Aviation Day in the Cayman Islands this week said that price competitiveness is a challenge.

“The International Monetary Fund found that airlift is the single most important factor that determines the number of tourists that come and also the revenue that we get from the tourism sector,” Dukharan said, adding that it impacts tourism activity more than room stock or the availability of hotel rooms.

Airline ticket taxes, the lion’s share of which go to regional governments to help boost infrastructure and provide travel-related services, were a contentious issue during the conference with Dukharan positing that taxes constitute some 30 to 40 percent of the total cost of airline ticket prices.

“Our governments need to address (taxes),” she said, disclosing that another major regional challenge is the dis-ease of doing business within territories and across the region. Those are some of the factors that drive up the cost of doing business and make this the most expensive region, in terms of tourism and vacations,” said Dukharan, who believes as the most tourism-dependent region on earth, the Caribbean has to solve these problems.

“Unless we make a change here, then this is just a party … and you know, we have a carnival for that,” she argued. “We need to make sure that we take action as opposed to just having a nice time getting together in person.”

Several ideas – from creative forms of taxation to the reduction and elimination of taxes on inputs – were discussed during the conference, with calls also being made to review previous studies and proposals to help address the vexing taxation and cost-of-doing-business issues.

Caribbean Aviation Day, the theme of which was “Recover, Reconnect, Revive”, brought together industry experts, senior aviation executives, and government officials to discuss the sector’s key opportunities and challenges across the Caribbean region to identify how to jointly rebuild a more competitive air transport sector in a post-COVID world.

IATA Caribbean Aviation Day was supported by the Caribbean Tourism Organization and the Government of the Cayman Islands.