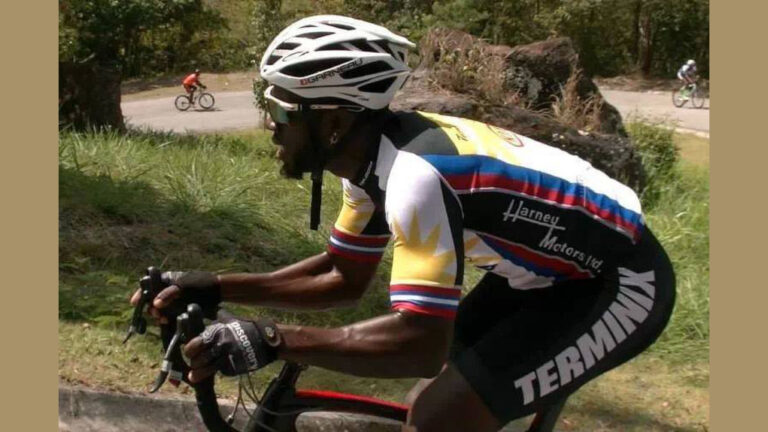 Badly injured national cyclist Andre Simon has been showing signs of recovery over the past couple of weeks but his brother reported yesterday that bed sores are still a major concern.

Simon is in a US hospital where he is being treated following May’s horrific road accident.

Doctors advised that it would take an additional 10-40 weeks for his bedsores to be healed properly, a setback his family did not anticipate

The sportsman and meteorological officer were airlifted to the TIRR Memorial Hospital in Texas on July 2, two months after he and three other cyclists were struck by a motorist during a training ride on Sir George Walter Highway.

While the other three were treated for minor injuries and later discharged from the hospital, Simon was left in a critical condition landing him in the intensive care unit at the Sir Lester Bird Medical Centre.

He was eventually flown overseas following a mammoth fundraising effort that remains underway.

Ten days after the accident, motorist Kenyatta Benjamin, 39, of Hatton, was charged with dangerous driving.