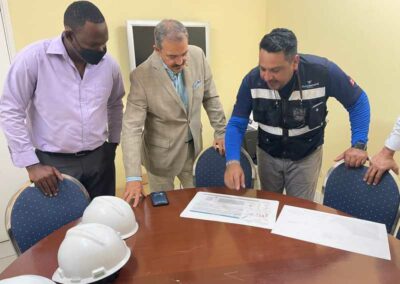 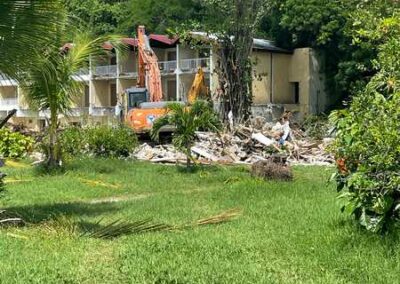 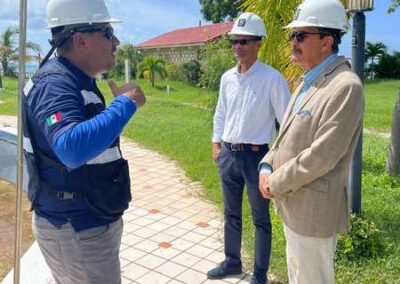 The government is set on meeting its re-opening target of November 2023 on the property formerly known as the Halcyon Hotel.

Halcyon was at first the Caribbean Beach Club (CBC) which opened its doors to visitors around 1960, or sixty-two years ago. It has welcomed hundreds of thousands of guests over the years, and has served as a foundation of the embryonic tourism industry in Antigua. It sits on one of the most beautiful beaches in Antigua.

Now, the one busy hotel, located at Dickenson Bay is now under a new brand name “Royalton Chic.

Demolition work is currently underway and the construction crew is already on the ground engaged in the demolition of the structures to the far North of the property.

The North wing of the old Halcyon Hotel has been demolished to make way for two hundred and fifty new rooms, during the first phase of the reconstruction.

The second phase of development will cause bungalows to be built on the hillsides above the hotel. Both construction phases will employ more than 450 workers, each will last more than two years.

The project will see the addition of 227 rooms to the country’s room stock in the new Building F, the second phase of which will add 8 new water bungalows to the property’s Northwestern landscape.

Portions of the old property will be refurbished (Blocks A to E), with a host of new restaurants in addition to spas and a state-of-the-art gym facility will be added as well. A completely new back of the house or employee quarters will be constructed.

Tourism Minister Charles Fernandez was granted access to the work site on Tuesday to get a firsthand view of developments.

“I am absolutely delighted that work has commenced on this project that will not only add to our hotel room stock, but which will create employment opportunities for Antiguans and Barbudans in various areas”, Minister Fernandez stated.

According to him, the Royalton Chic brand is high-end and will attract the type of clientele that will enhance the country’s tourism image internationally.

Meanwhile Royalton Antigua General Manager Rudy Richardson says the company is very pleased with the support received from the Government and People of Antigua and Barbuda that has contributed to the success of the brand thus far, and hopes for even more success in the future with the commissioning of the Royalton Chic luxury brand in November 2023.

The Blue Diamond Group is overseeing the management of the project with elements of construction sub-contracted to local companies. 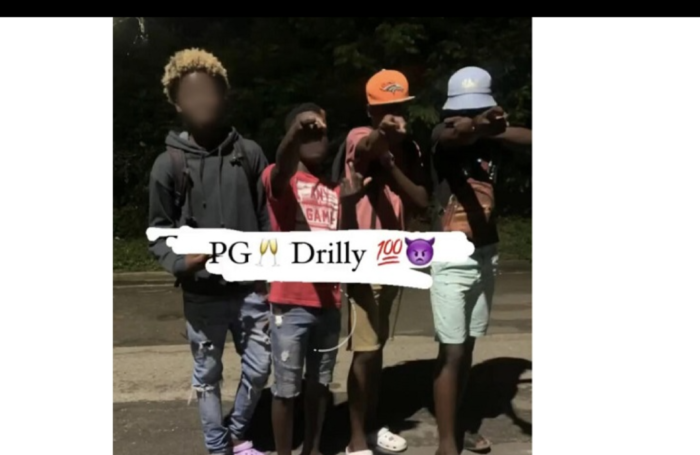 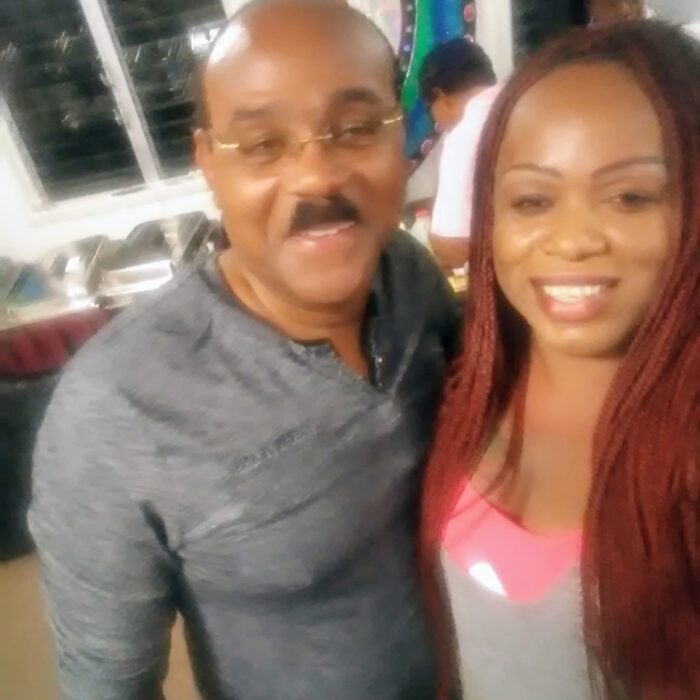 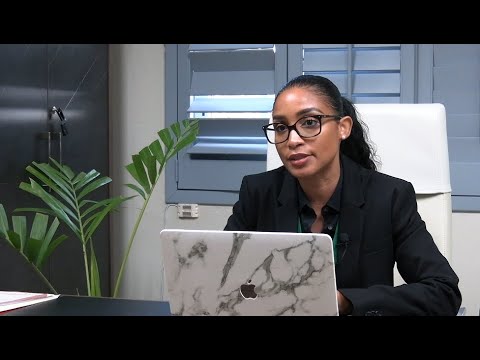 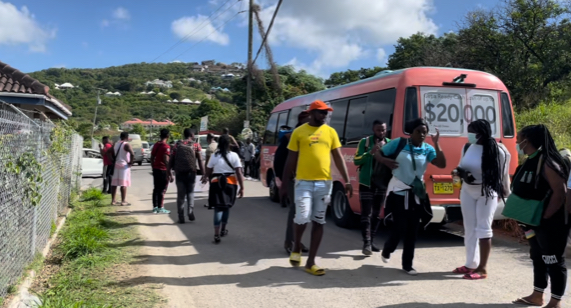