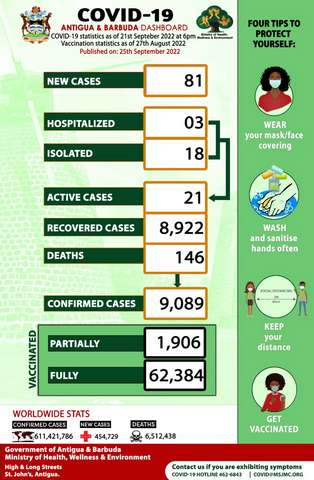 Antigua and Barbuda has recorded one new Covid-19-related death and 81 new cases of the deadly virus.

The hospital said 2,218 samples were processed.

Consequently, the total number of persons with laboratory-confirmed COVID-19 cases in Antigua and Barbuda is nine thousand and eighty-nine which is inclusive of twenty-one active cases. There are three mild hospitalized cases.